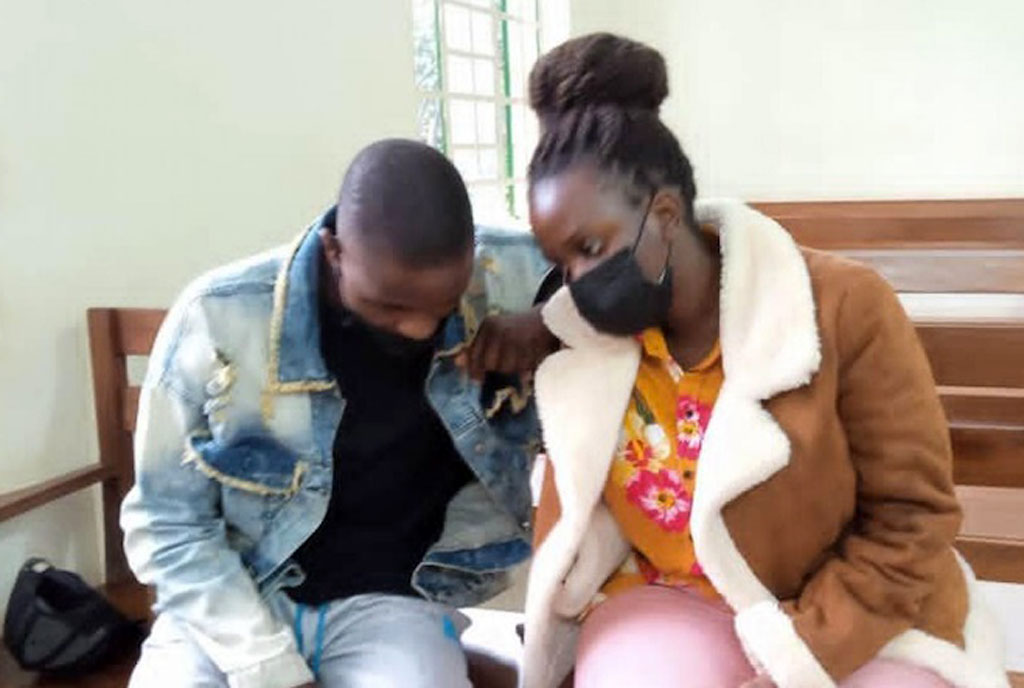 Barely a week after Wameli and Company Advocates were instructed to represent businessman Charles Olim commonly known as Sipapa together with his wife Shamirah Nakiyemba in the case of aggravated robbery, the law firm has also withdrawn from the case.

Sipapa and Nakiyemba are currently in Luzira Prison after they appeared before Makindye Chief Magistrates Court a month ago on allegations of robbing over Shs1.6 billion from Jacob Mul Arok a South Sudanese national.

On October 10, 2022, lawyer Geoffrey Turyamusiima one of the lawyers from Wameli and Company Advocates said that they had been instructed by the couple to represent them in the case which is currently before the Makindye Chief Magistrates Court.

Wameli and Company Advocates took on the instructions after Sipapa had fallen out with his initial lawyers of Elgon Advocates over alleged failure to pay them legal fees of Shs100 million that the firm had asked in exchange for legal representation.

But now, in a withdrawal notice dated October 12, 2022, that this reporter has seen, Wameli and Company Advocates say that they no longer represent Sipapa ànd Nakiyemba in that case of aggravated robbery.

“All matters connected to the same should be served on the accused persons personally or their new lawyers if any,” reads the notice that has been copied to the Director of Public Prosecutions, Makindye Resident State Attorney, Accused persons and to the Court.

But when contacted, lawyer Anthony Wameli said: “As a matter of fact, I should be a witness against Sipapa because of the many violent and illegal acts he has meted out on members of the National Unity Platform (NUP) and People Power as a whole. Remember I am the head of the Legal Department of NUP.  That puts me and my law firm in a conflicting position.”

He added that his law firm cannot effectively represent him or his girlfriend adding that by the time he purported to take on the instructions, lawyer Turyamusiima was not alive to these facts and that he had not addressed his mind to the same.

Wameli is currently in the United States of America where he has been for more than a year seeking treatment for stage four cancer.

Sipapa became popular in Kampala city for causing chaos on roads by stopping in the middle or at busy junctions in order to distribute money to crowds. Before and after the contested 2021 presidential elections, Sipapa is said to have occasionally gone to NUP offices in Kamwokya and caused chaos by shooting in the air or even at the gate.

At the time of provoking NUP, Sipapa a renowned supporter of President Museveni and his ruling National Resistance movement was having military guards. They were however withdrawn early this year after he knocked a driver and threatened to shoot him.

The Inspector General of Police -IGP Martin Ochola ordered his arrest and impounding of his vehicle. However, the IGP’s orders were not implemented until the robbery at Arok’s home.

Sipapa is expected to return to Court on November 10, 2022 for further mention of his case.