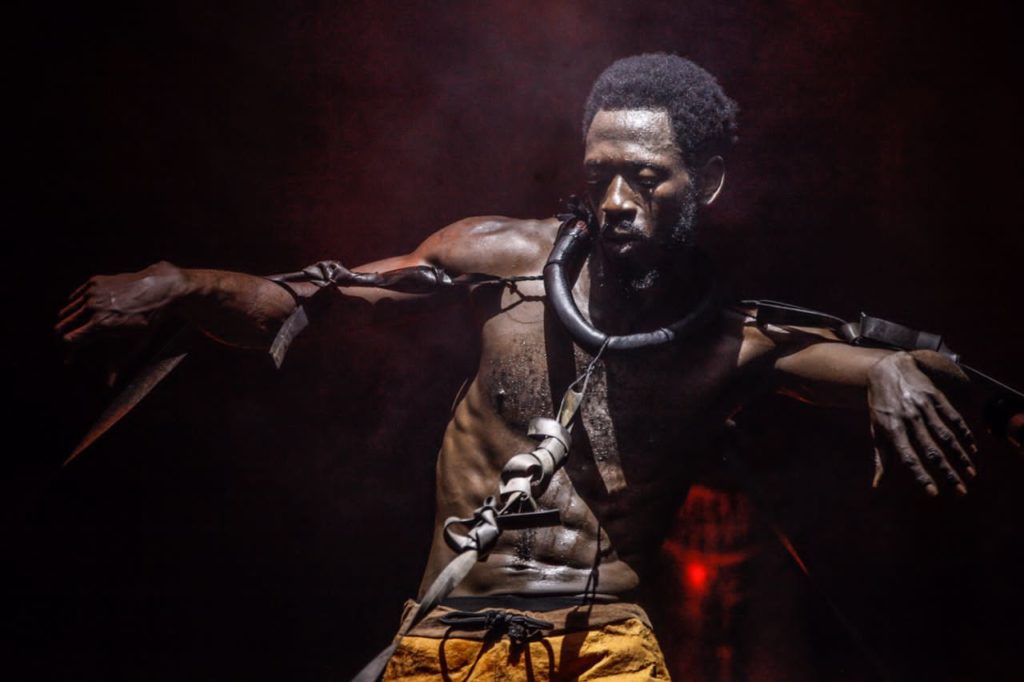 Uncle Walter’s production was inspired by the need to revist and appreciate our Ugandan cultural norms. PHOTOS | COURTESY

In one of his dance pieces, Uncle Walter came dressed in bark cloth, leopard skin and head gear synonymous with ancient African leaders.

He showcased some dance moves before appreciating his dress code in a mirror. However, as he was still admiring, he saw a three-piece suit mounted on a stand right across from where he stood.

He decided to try it on before approaching a microphone and making a speech in his indigenous language (Alur). Only a handful in the audience that comprised mostly Whites, Chinese, Indians and different Ugandan regions, could understand what he was saying.

“I have said something in my native language and many of you did not understand. This means I have to translate to a language you all understand. Does that mean I have sold my culture?” he asked.

The Warom Dance Company proprietor then switched to poetry, narrating how he was always beaten in school for not tucking in because he was destined to be a lawyer.

“I am not a lawyer but I am a dancer and I employ them,” he said. 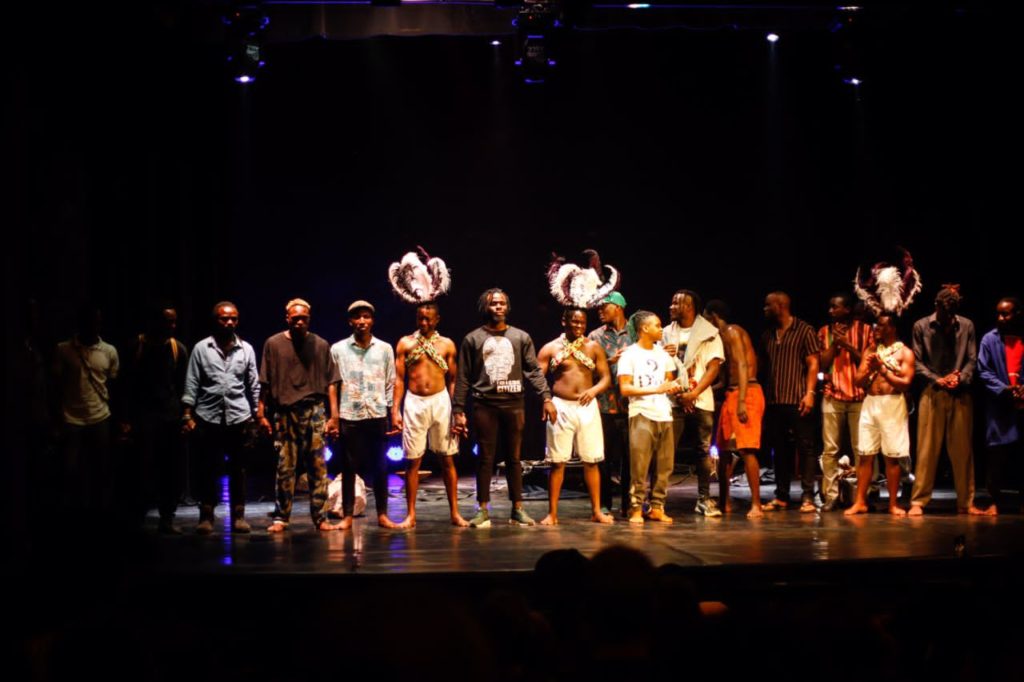 Uncle Walter and the cast that was part of the production.

Born Walter Joseph Warom, Uncle Walter explained how African leaders attend conferences abroad wearing suits and speaking English and other foreign languages, abandoning their African dresscode and languages. He asked if they sold their cultures and who bought them and at how much. How fashion showcases all over the world never embrace African wear among other things.

After the speech, he performed another dance routine where he appeared to be choking on forces and could not be freed no matter how hard he tried.

Speaking about this production, Uncle Walter said it was a master piece that took you through the journey of our ancestral celebration of African culture, fashion, and music, to being brainwashed using a mirror and being told that the African cultural wear was not good enough.

“So we turned to a suit, which in the long run we also realised was not who we are, so we try to go back to where it also started from just to realise we are stuck in between – in a mental prison,” he added

The I Sold My Culture production took place at the National Theatre on Friday and Saturday.

Two art pieces representing Walter’s dance routine were auctioned and a lady in the audience bought one for $700 (about Shs2.6m) and donated it back to Walter.