The making of Nyege Nyege festival 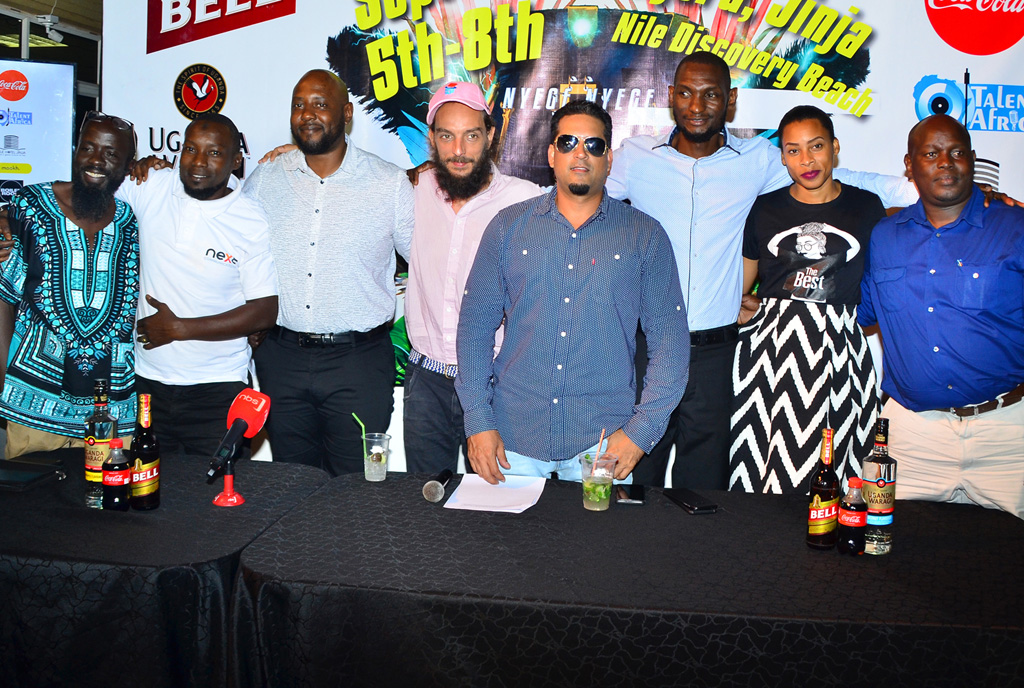 On October 15, 2015, in Njeru, Buikwe District, the first edition of the Nyege Nyege festival took place at the Nile Discovery Resort.

Coined from a Luganda word, ekinyegenyege (uncontrollable urge), the festival is fronted as one where revellers have unlimited fun.

Then a three-day festival, the turn out was low, the event was chaotic, there were no sponsors and it rained for three days. Yet only two editions later, the festival had grown from struggling to one of the world’s emerging festivals and Africa’s most anticipated fetes.

In every edition, more than 30 top and emerging electronic music DJs and producers descend on the Nile Discovery Resort.

Co-founded by friends Derek Debru and Arlen Dilsizian, Nyege Nyege brings together a record label, Nyege Nyege Tapes, a studio and a festival.

The record label and studio are the hub for other artistes that are usually programmed by the festival. In fact, the main purpose of the festival is to give the artistes on the label and others like them around the world a platform to get their art seen. Debru and Dilsizian met during a performance of Nilotica Drum Ensemble, the group is known for their heavy thumping drum performances usually coupled with traditional dances.

It was at such performances that the two got the idea of putting together parties that would give performers such as Nilotica, a chance to be seen since their music was not on the Ugandan airwaves.

This gave birth to Nyege Nyege Tapes, a record label that has signed electronic and ethno music artistes from Mbale, Gulu, Jinja,and Kampala, among others.

In 2015, they wanted to put together a party that could easily stand out in the world. That is when they found Nile Discovery Resort, bushy, not known and almost abandoned by the proprietors.

The festival, however, much it is a tourism goldmine, has hit a number of roadblocks. In 2018, only days to the festival, then minister for Ethics and Integrity, the late Simon Lokodo, tried to stop the event. In 2019, days after the festival, three city pastors called for its ban.

On Tuesday, MPs kicked up another storm calling for its total ban.

NAMES BEHIND THE FESTIVAL

Debru is a co-founder of Nyege Nyege Festival, Nyege Tapes, and Hakunakulala Record Labels, as well as of Boutiq Foundation, an artist incubation. Debru and Dilsizian initially started throwing parties in May 2014. At these parties, they used to focus on contemporary African dance music that wasn’t getting so much attention in East Africa such as Kuduro, Afro-house and indegeneous electronic sounds such as Kadodi and Acholi sounds, among others. Debru started hosting artistes at his residence.

Arlen Dilsizian is an ethnomusicologist, co-founder of Nyege Nyege Festival, a label boss at Nyege Nyege Tapes, filmmaker and an accomplished DJ. He has been in Uganda for more than 10 years experimenting with different sounds. Dilsizian says he was curating the music collection for the Cambridge museum of Anthropology, old ethnographic recordings and spent a few years digitising them.

“When I moved [to Uganda], I realised there were a lot of vernacular indigenous electronic sounds coming out that are connected to the traditional music, and we can throw events that connect these dots,” he told Santuri Podcast.

Alibai is a renowned businessman and events promoter. He has been part of concerts such as the recently concluded Tiwa Savage evet, Chronixx, Major Lazer and campaigns such as the Pearl of Africa Festival.  Alibai is the CEO of Talent Africa Group, a company that offers promotions, content creation and production. Talent Africa is a partner of Nyege Nyege Festival.