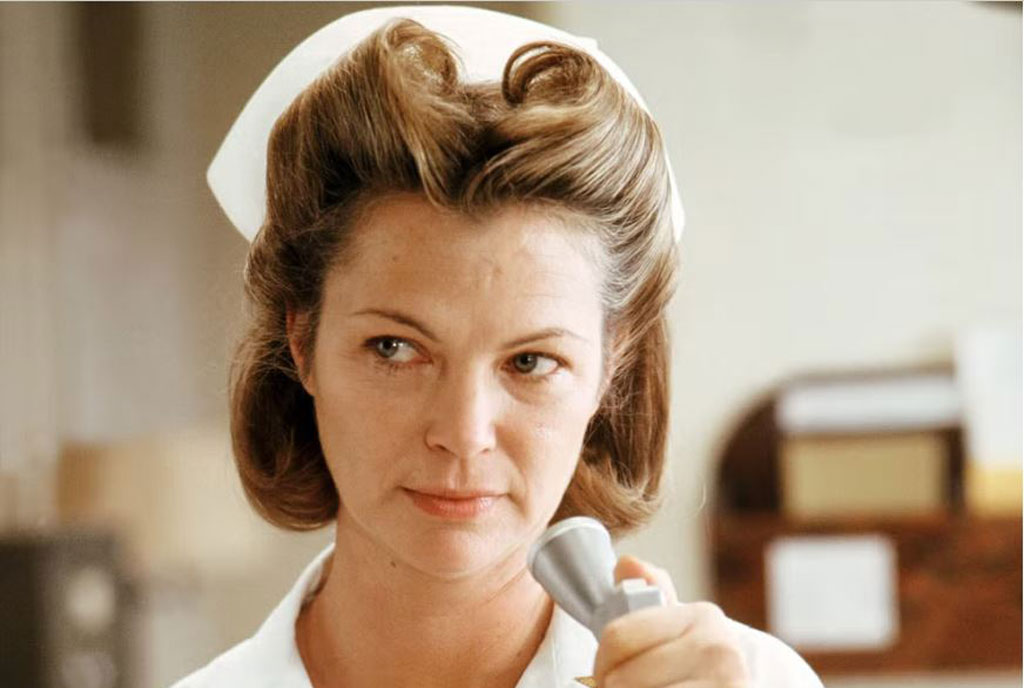 Louise Fletcher in the role that brought her Oscar glory: ‘I was already past the age of being a romantic lead,’ she says. ‘Pretty soon I’d be to too old to play young and too young to play old’ (Getty Images)

Louise Fletcher, the US actor who won an Oscar in 1976 for her performance as villain Nurse Ratched in “One Flew Over the Cuckoo’s Nest,” has died, US media reported on Friday.

The 88-year-old died at her home in southern France, and is survived by two sons, entertainment publications Variety and Deadline reported, citing her representatives.

While she was best known for her portrayal of Ratched, Fletcher had an acting career that spanned more than six decades, including numerous appearances in television shows.

She had a recurring role on “Star Trek: Deep Space Nine,” and garnered Emmy nominations for guest-starring roles on “Picket Fences” and “Joan of Arcadia” in 1996 and 2004 respectively.

Born in 1934 in Birmingham, Alabama to hearing-impaired parents, Fletcher used sign language to thank them for their support during her Oscar acceptance speech.

Her last credited work was a two-episode run guest-starring on the Netflix show “Girlboss” in 2017, according to IMDb.com.