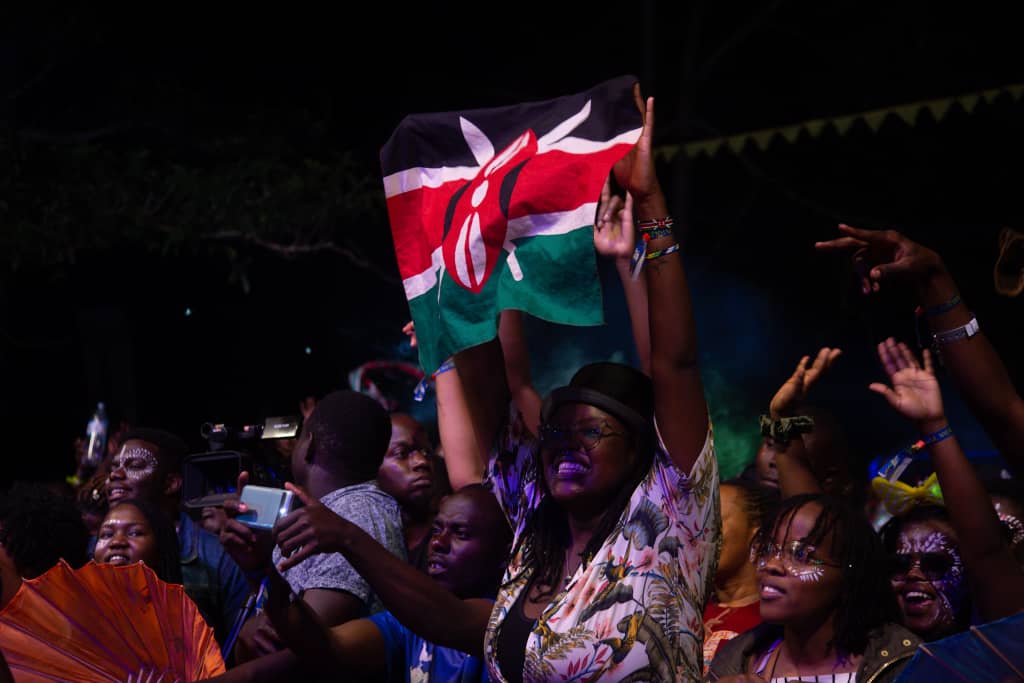 Kenyans having fun at Nyege Nyege. Photo by Andrew Kaggwa

The last time Nyege Nyege happened in 2019, Kenyans were the talk of the town.  Then, a team of revellers from Kenya proved different as they flocked the Bell Jamz stage to dance to Wamlabez, a song that was then a musical anthem in Kenya and East Africa.

This time around, the Kenyans took over again with several cars bearing Kenyan car plates endlessly flocking the Itanda Falls venue, besides the official chattered buses that ferried revellers from Nairobi. 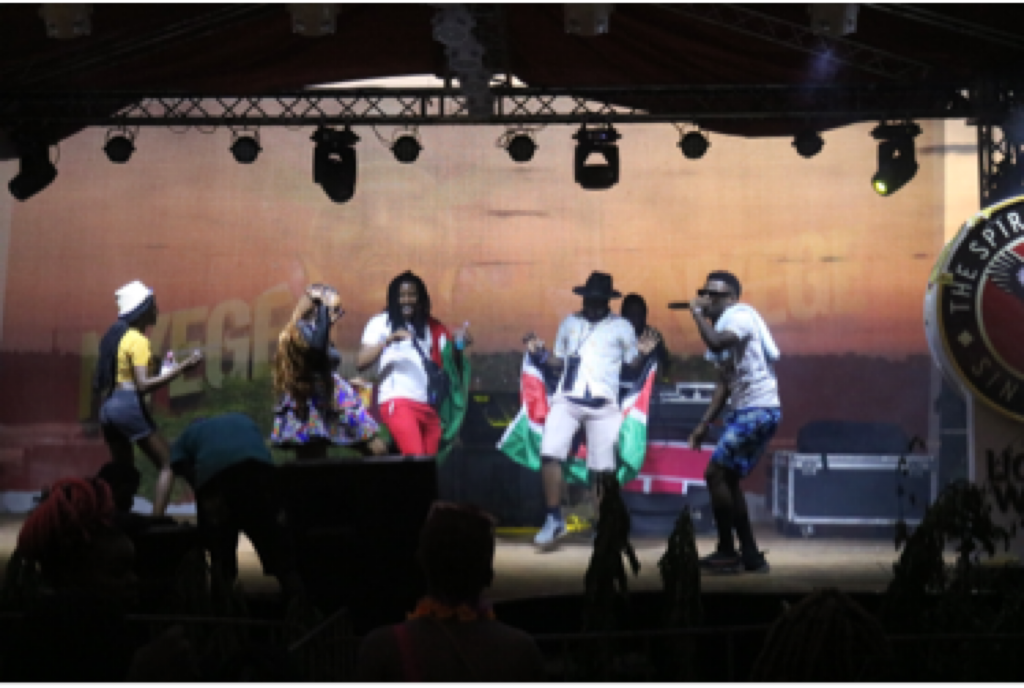 Kenyans take over the stage. Photo by Gabriel Buule

On Friday, and Saturday morning, many Kenyans were visible on ground with some wrapping selves with Kenyan flags, Masai coverlets, and others displaying their business, especially at visual arts stalls.

With many revellers not blending well with Boutiq Electronic and the deejaying style of Music on a couple of stages, Kenyans are proving to be the lords of the rave, taking over the jam at Hakuna Kulara and other stages. 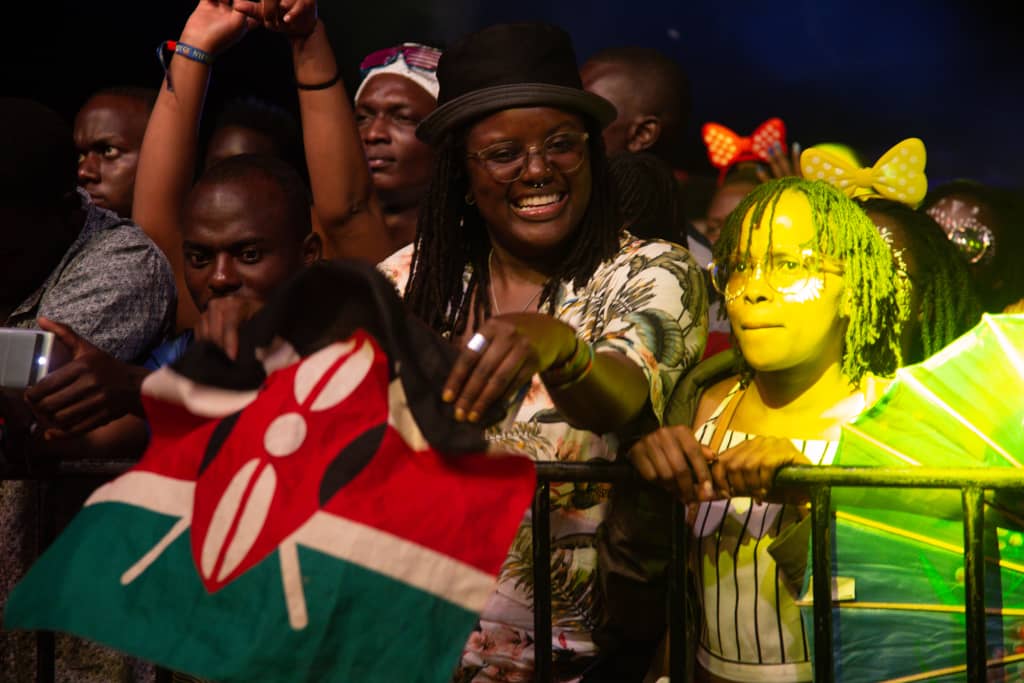 Others have earlier in the day been humbled by alcohol especially those that tempted to try out promotional tastes at Uganda Waragi stalls, the official festival hosts.

With activities happening on seven different stages, revellers from Europe dominated boiler room performances, and most Ugandans found a home at Bell Jamz stage where those who travelled with Kempten safaris partied most.

But they aren’t the only foreigners gracing the festival. Over 12,000 people around the world have travelled to partake of the seventh edition, the first since 2019, of the festival ‘designed to stand for peace, love and abundant joy’.  Most of them are seen waving their national flags while enjoying the festival.

The four-day festival has a total of seven stages, several arts activities, and hundreds of visual arts stalls.