Savage reigns on the downpour 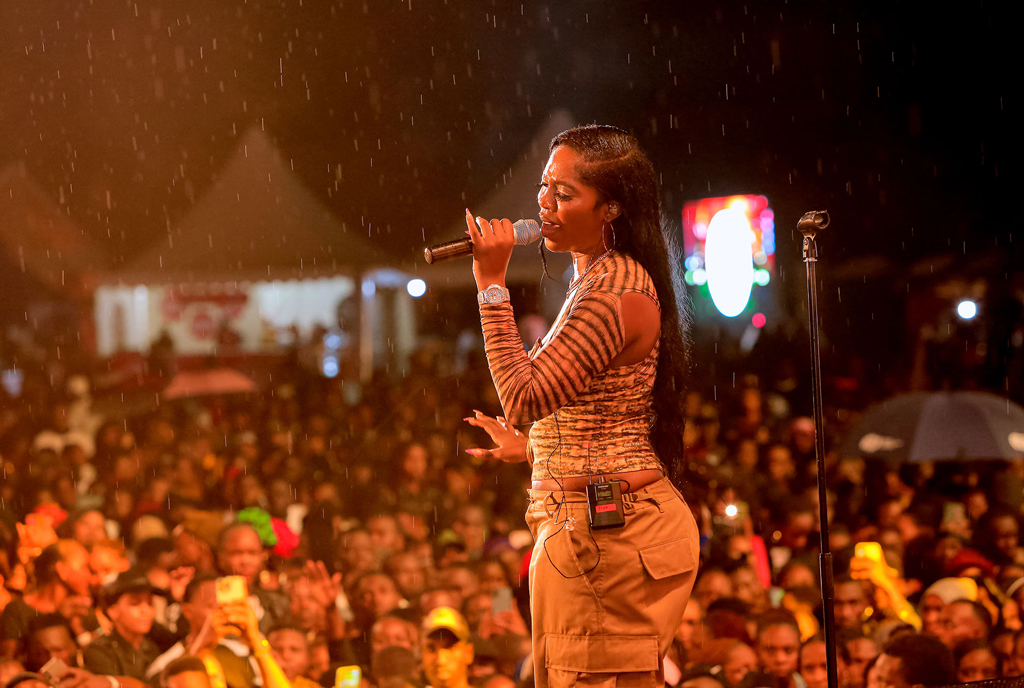 Tiwa Savage during a performance. Below. A section of the audience. PHOTOs / EDGAR R BATTE and ISAAC SSEJJOMBWE.

It is comfortable to say Tiwa Savage’s relationship with the Ugandan audience is complicated.

The Nigerian has earned her flowers, every two years or less, she will get Ugandans singing to a word they barely understand. From the days of Kele Kele, Eminado, Koroba to Roboskehskeh, she has been making Ugandan girls in filthy and corporate bars happily sing lyrics of things they can’t even experience properly. There is a lot of Tiwa Savage music that Ugandans have fed on that by the time of the concert, many of the people on the Lugogo Cricket Oval grounds had more than 10 songs they badly wanted her to perform. Some picks were obvious while others such as If I Start to Talk were surprising.

Yet this Tiwa concert was not as disruptive as one could expect it to be.

On Friday, Tiwa was before a Ugandan audience. This was her first Ugandan concert in seven years. In fact, the last time she performed in Uganda, she had a visible baby bump. She reveals that she was seven months pregnant and the result of the pregnancy was standing somewhere on the stage canopy.

Tiwa had shown up to bear it all for the Ugandan audience regardless. It was raining – the skies had opened up as early as 8pm, and since it wasn’t going to stop any soon, the show had started anyway.

But the weather was just a part of a puzzle of many things, for instance  Tiwa’s show came after a month of Ugandans going for concerts. The last artiste at the Lugogo Cricket Oval was another Nigerian, Ayra Starr barely a week ago and now it was Tiwa, one could argue the audience is fatigued. But other issues included the show’s marketing that was barely visible and a couple of rumblings among some Ugandan audiences about the many Nigerian artistes flocking the local scene. 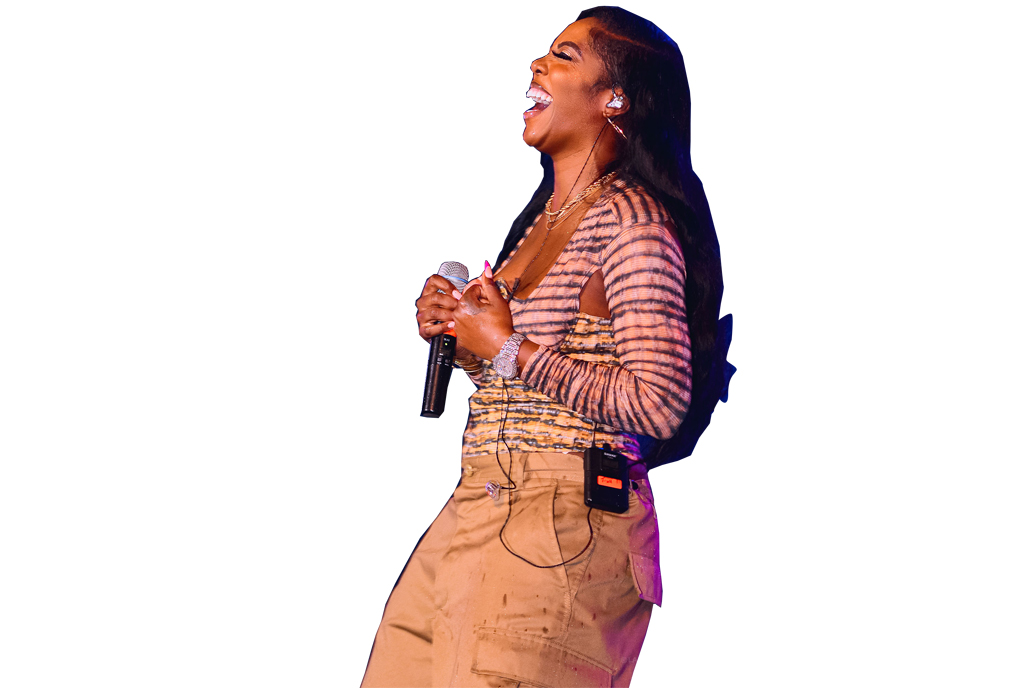 The way a big group of revellers chose to stay in the Tusker Cider themed bar to play games rather than watch a whole lot of Ugandan curtain raisers and Djs says it all. Maybe after Adekunle Gold, Costa Titch, Azawi and Ayra Starr, all in the past two weeks, concerts are simply monotonous and that some Ugandans chose to stay home.

Few foreign performers have created rapport with the Ugandan audience, “It feels good to be here again. Who saw my first show in Uganda seven years ago,” she asked the audience that was simply screaming. “Hey, the one in black, I love your energy,” she told one of the ladies or probably a man in the audience.

But of course one of the reasons Tiwa Savage was easily connecting with the audience was mainly because of her longevity. She has been here and so has her music, for example, since her 2015 concert at Kati Kati, she has built a catalogue of three albums, two EPs and countless singles and collaborations.

She came on stage with an arsenal of hit songs that her audience was willing to sing along all through the night. Her semi-live setlist for the night was a glimpse into an illustrious career that has seen the artiste celebrate some wins and cry about some embarrassments. For instance, Standing Ovation from her 2016 album Red reintroduced her to the audience after her vacation when she became a mother while others such as Love Me Love Me celebrated her day one fans to the days of No Wahala and Somebody’s Son from Water & Garri.

With every performance and acapella performed while on stage, she and the band deserved a standing ovation, but none of this could happen, the audience had been bullied by the rain, thus, everyone was on their feet. In fact they were standing on the chairs to be able to see over people’s raised umbrellas. 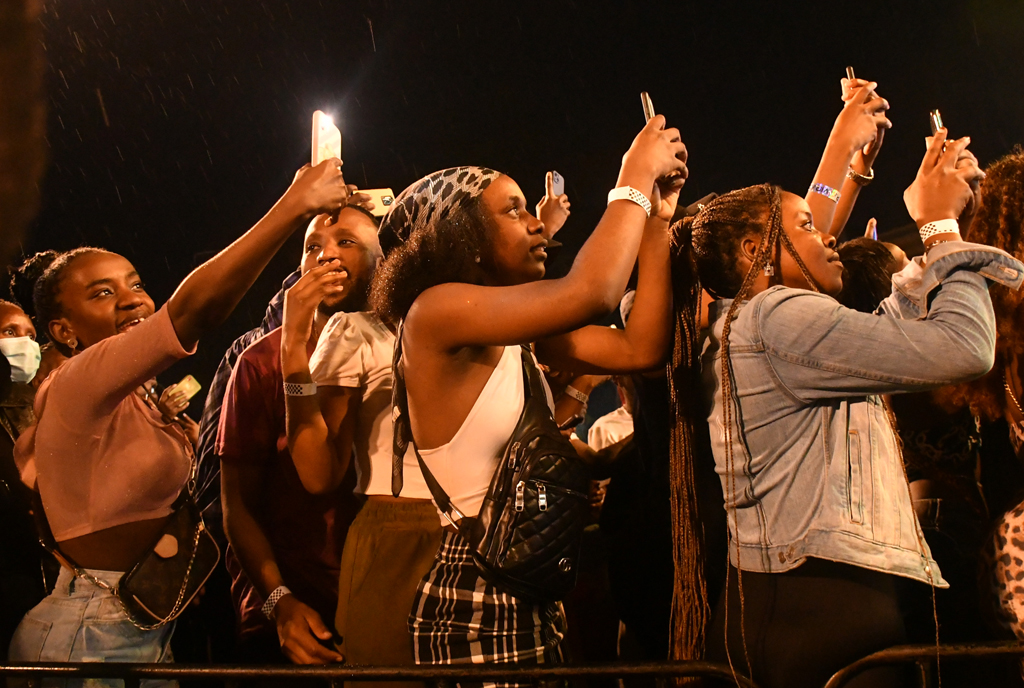 Tiwa had promised to give people a performance worth remembering regardless of the rain and she did, the only time she was silent was when stage managers had to dry the stage every 20 or less minutes. The other time she was silent was when she broke down during her final performance of Somebody’s Son which also features American RnB artiste Brandy, she told her audience that she has made mistakes but still believes somebody’s son, Jesus, still loves her.

Other performers of the night were Sandra Suubi, who alongside Winnie Nwagi were the only Ugandan performers worth writing about.