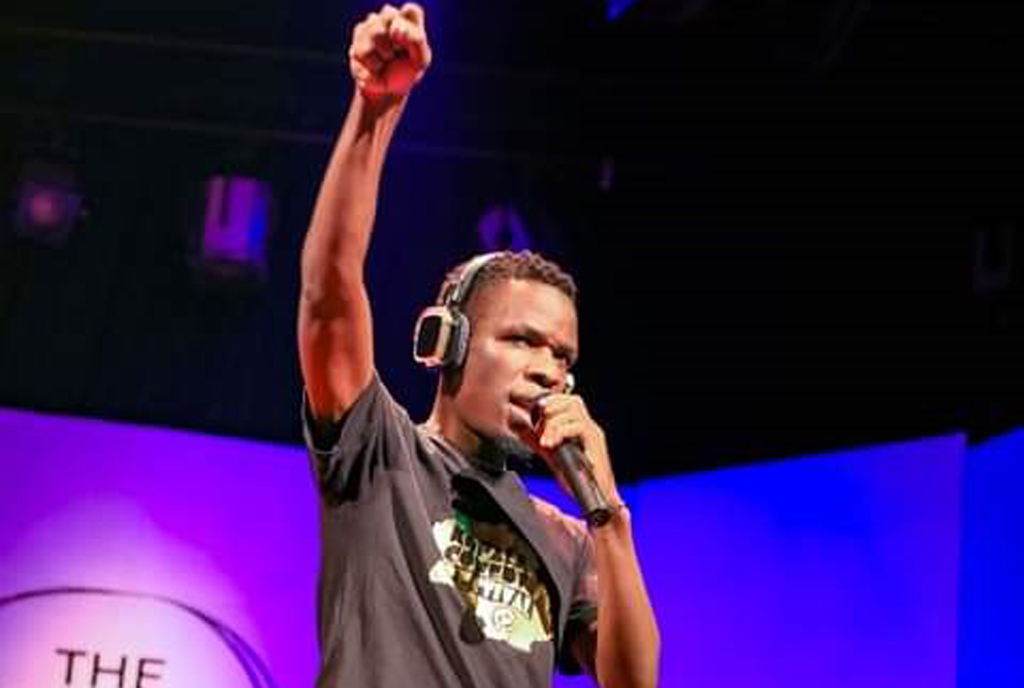 The Boy From Mulago, that is how comedian Allan Kibuka, alias Optional Allan, aptly titled his maiden concert at the National Theatre.

You could say that on any ordinary day, Allan had set himself up for failure, staging a show on July 22. This was the same day Swangz Avenue’s Azawi was having her maiden concert on the other side of town.

Azawi being one of the hottest things happening to the music scene at the moment, it was understandable why different people with events may have had their insecurities, yet, this didn’t seem to have anything on those that turned up for the comic’s do.

Like the show’s title, Allan was out to represent the people of Mulago, their dreams and aspirations literally made his backdrop, but above all, he was representing the people from the various ghettos in Kampala.

His show producers Nineteen Media, had done a good job of marketing to those in Mulago, they represented in big numbers.

He managed to have them in his script throughout the show, but even the performers he chose to curtain raise for him were majorly from Mulago.

For many Ugandans that have a background of the ghetto, there are chances they idolise Bobi Wine and they are not shy to say it.

Almost all performers that showed up on the National Theatre stage would acknowledge their ghetto background before going on to crack their audience. Of course, much as some were good and promising, there are those whose material still lacked an x-factor. There are many that had it together but failed on delivering the right way.

Their jokes either landed too early, at times too slow but you could see many have what it takes.

But one thing that made many of these performances tick was a fact that none of them lied about their admiration for Bobi Wine and how he has inspired many of them over the years.

There was even a mock election on two songs, Tubonga Nawe and Engule, however the results were not announced, apparently there was no police to shield the returning officer.

But Allan also had the support of established comedians such as Dolibindo and Patrick Salvador Idrigi, in the house was Hillary Okello, Okello Okello of Comedy Black Friday and Akite Agnes among others.

Allan took to the stage a bit later than he had been advertised thanks to a slew of performers that one would say could have been reduced.

Allan is such an interesting act, he’s childish, talkative and most of his performances come off as loose street talk you’re eavesdropping. Over the times he has been performing, he has made a name for cracking jokes about ordinary things that seem to culturally shock people that leave the ghetto to the finer side of things.

Like many of those that had performed before him, he had a few things to say about Bobi Wine, how he got to Parliament and most of them could barely understand the English they were using but were still convinced the things he was saying were benefiting them.

His set was engaging that at times you wondered if it was coming off head or had been scripted. But he still had his weaknesses as well, for instance, he needed to work on his storytelling.

He’s not really swift within the different jokes that at times you notice when he’s finishing one joke and starting on another. Besides that, he’s a person that seems to have his head in the right place, he knows his material and knows when to use it.

Probably one unbecoming thing he needs to work on is being unapologetic for his smart jokes, even if the fun is poked at Bobi Wine.