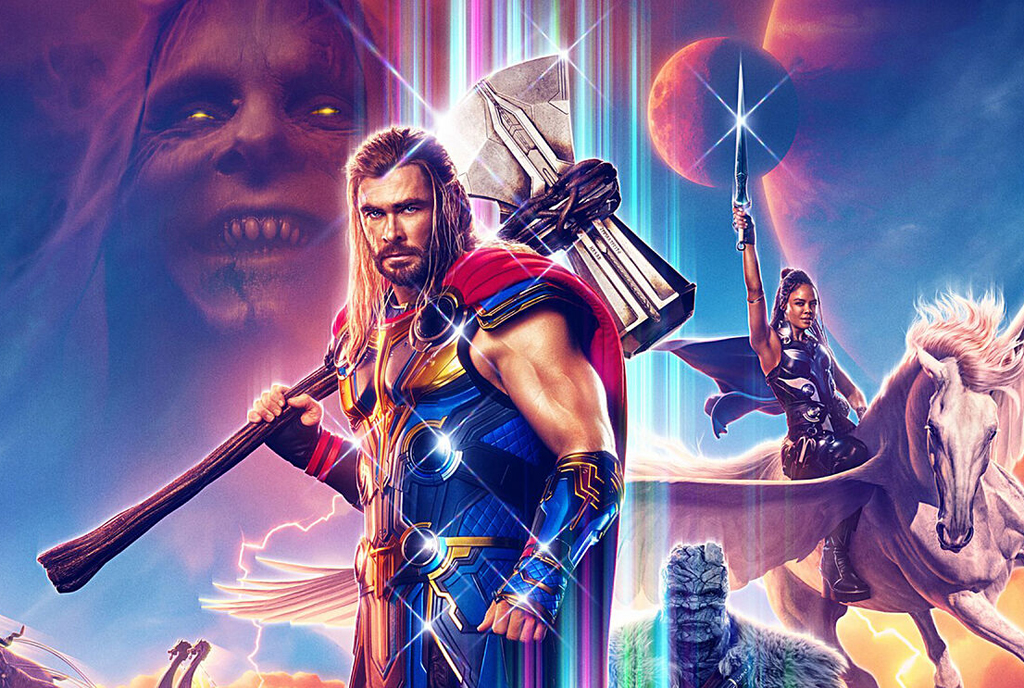 Marvel Studios is back at it.  Thor is definitely one, if not the most dramatically compelling characters in the Marvel Cinematic Universe. Remember from the time we met the character, a careless Asgardian hungry for battle, starting fights and dropping his father’s name whenever he got a chance, to mourning his loss and lack of purpose in the last arc of the original Avengers’ film.

Thor: Love and Thunder is the fourth entry film of the a character making Chris Hemsworth the first Marvel character to have more than three films – thus this film easily feels like a tribute and celebration of the character.

The filmmakers celebrate his journey and while at it, pointing to us the next journey of the character. Avengers: Endgame ended with Thor joining Guardians on their next quest and had gained lots of weight from the five-year jump between Endgame and Infinity Wars. This film gives the audience a chance to see how Thor lost all the weight, goes on to hunt down Gorr the god-butcher and of course watch his ex-girlfriend Jane Foster hang out with former hammer, Mjolnir.

Directed by Taika Waititi, Thor: Love and Thunder may become Marvel’s biggest romantic comedy thanks to the many emotional easter eggs the writer and director bring to the table. For instance, at least if the trailers are anything to go by, Thor reunited with his ex-girlfriend, almost reunited with his former hammer Mjolnir even when his current weapon, Stormbreaker, is still in the picture. And yes, they even teased Valkarie’s presence.

Since Waititi directed the last Thor instalment, Ragnarok, the tone is definitely so Taika Waittiti; comedic, redemption and above it all, a love story.