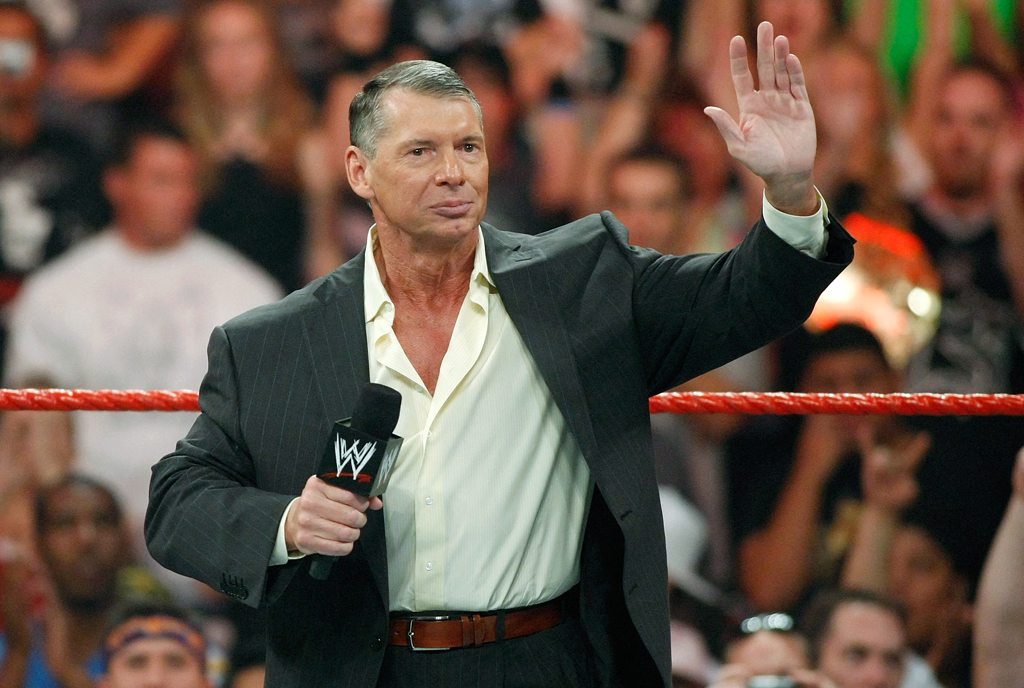 Vince McMahon, the promoter who built a pro wrestling show into a global entertainment empire, Friday announced he was retiring as head of World Wrestling Entertainment — under a cloud of serious sexual misconduct allegations.

McMahon, whose longtime friends include Donald Trump, became a character in his own wrestling promotions at one stage and even launched a rival to the NFL — his over-the-top XFL.

“As I approach 77 years old, I feel it’s time for me to retire as chairman and CEO of WWE,” McMahon said in a statement. “Throughout the years, it has been a privilege to help WWE bring you joy, inspire you, thrill you, surprise you, and always entertain you.”

McMahon stepped down from his roles with WWE last month pending the results of an internal investigation after allegations he had an affair with an employee and paid her $3 million to keep the matter secret.

His daughter Stephanie was named interim CEO and chairman while the ongoing investigation continues — amid widening allegations of misconduct.

The Wall Street Journal reported two weeks ago that McMahon has paid more than $12 million to four women formerly associated with WWE over the past 16 years to keep quiet about affairs and alleged misconduct, including a former female wrestler who claims he coerced her into oral sex.

Global phenomenon
After taking over from his father, also named Vince, and grandfather Jess, McMahon transformed the WWE from its regional beginnings, into a publicly traded international enterprise with hundreds of employees in offices worldwide.

As he took the sport global, the younger McMahon delivered a unique and colorful brand of wrestling, recruiting the likes of Hulk Hogan — who went on to become a megastar far beyond his ring performances.

WWE wrestlers became cultural icons as McMahon used music and storytelling to introduce his stars into mainstream culture, delivering major events such as the first Wrestlemania in 1985 at New York’s Madison Square Garden.

“The Rock” went from WWE icon to Hollywood superstar while “Captain” Lou Albano was in a Cyndi Lauper music video, and Hogan had star turns alongside Mr. T and Sylvester Stallone in a prime example of the crossover star mix that McMahon delivered.

McMahon also has longstanding ties to the celebrity-turned-president Donald Trump, who is a WWE Hall of Fame inductee — and who gave McMahon’s wife Linda a government role as head of the small business administration.

At the culmination of a staged feud, Trump once famously body-slammed the WWE boss, and shaved his head in the middle of a wrestling ring on live television.

McMahon had kept in the background as a commentator until the late 1990s when he developed an evil “Mr. McMahon” character and a notable dispute with Austin, his own soap opera storylines becoming a big draw.

In February, 2001, McMahon launched the XFL with many of the same flashy extreme moves and off-field storylines that worked in WWE, but the would-be NFL rival folded after one season due to low television ratings and a comeback bid in 2020 was undone by Covid-19.

“Our global audience can take comfort in knowing WWE will continue to entertain you with the same fervor, dedication, and passion as always,” McMahon said.

McMahon said he leaves the company is the hands of daughter Stephanie and co-chief executive officer Nick Khan.

“As the majority shareholder, I will continue to support WWE in any way I can,” he said.