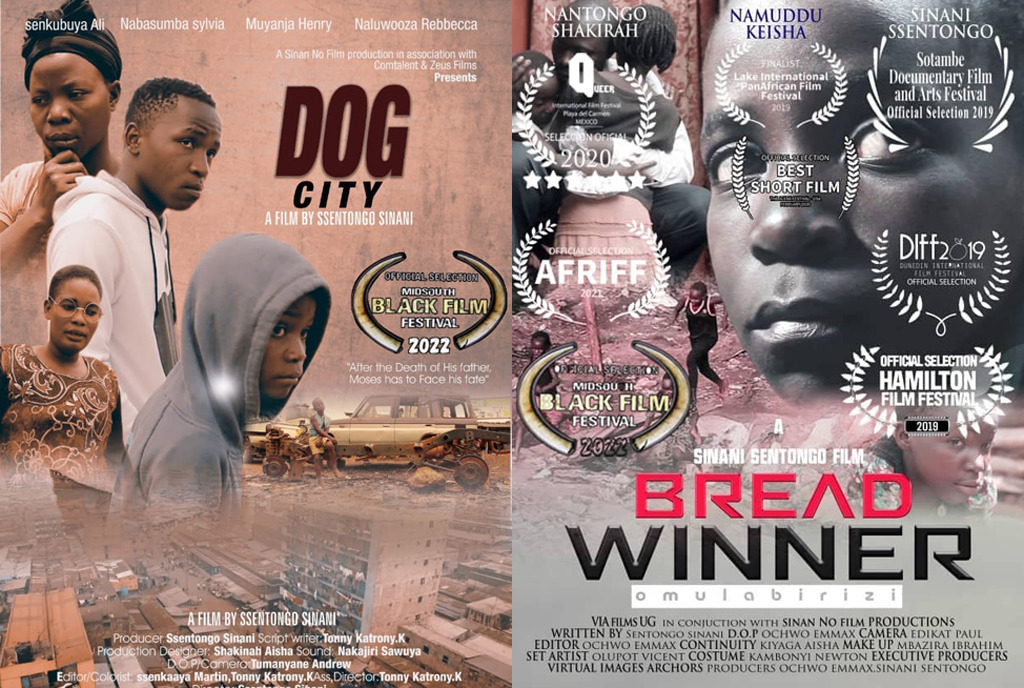 Mid-South Black Film Festival is a part of a global outreach that is initiated to further black excellence across the world.

Dog City brings to life the story of Moses 10, who becomes the breadwinner for his family of four. He gives all his savings to his mother who spends it on betting.

Bread Winner is based on a true-life story of a young girl who takes over the responsibility of her sister who is HIV positive. They survive by stealing from their biological father whose identity they don’t know. Both movies are productions of 2018.

Mr. Sinan told sQoop that getting the awards not only brightens his resume as a film director and producer, but it also confirms that Ugandan stories are globally recognized and appreciated.