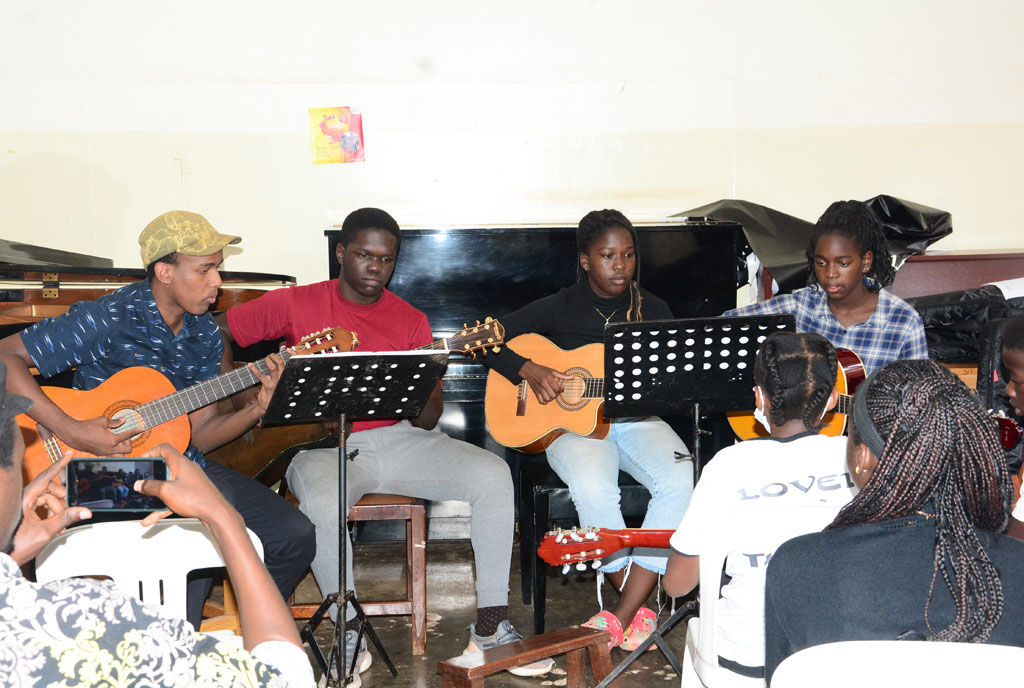 Some of the students during the guitar master class. photo/Isaac Ssejjombwe

Learning from the ‘best’ is a privilege and 16 children from Kampala Music School were lucky to have Buzz Gravelle in their midst last week. The multi-instrumentalist, composer, performer and music educator is in the country purposely to provide a master class and workshop to children at the music school. And for the four hours he was in charge, the students did not leave the same.

He advised the students, gave them some tips and techniques but most of all encouraged them.
Among the different techniques they learnt was playing a guitar, how to hold it, the use of fingers, the breath techniques, among others.

The session kicked off with Gravelle performing one of his songs before he called upon the students to play different pieces, some of which include Spanish Nights Ecossaise, Jingle Bells, Come Thou Fount, Vlata, Sonata For a Musical Clock and Away In a Manger.
He would first ask the students how long they have been playing before pointing out their mistakes, how to proceed after a mistake and how to entertain the crowd they are playing for.
“The guitar is a very directional instrument. You have to know how the sound radiates in the audience so the sitting posture matters a lot when you are performing,” said Gravelle.

He also advised them to practice and said the best way to practice is to play everything Jazz, classical, rock, blues and to always proceed whenever they make a mistake.
From individual performances, the last bit was a quartet session played by the students. They did the Ballet (anon) guitar trio by F.M Noad solo guitar playing book.
After a successful workshop, Altamira guitars and Gravelle donated six guitars through the Rita Abhiram Foundation to the school.