Will Terrence Howard walk the talk? 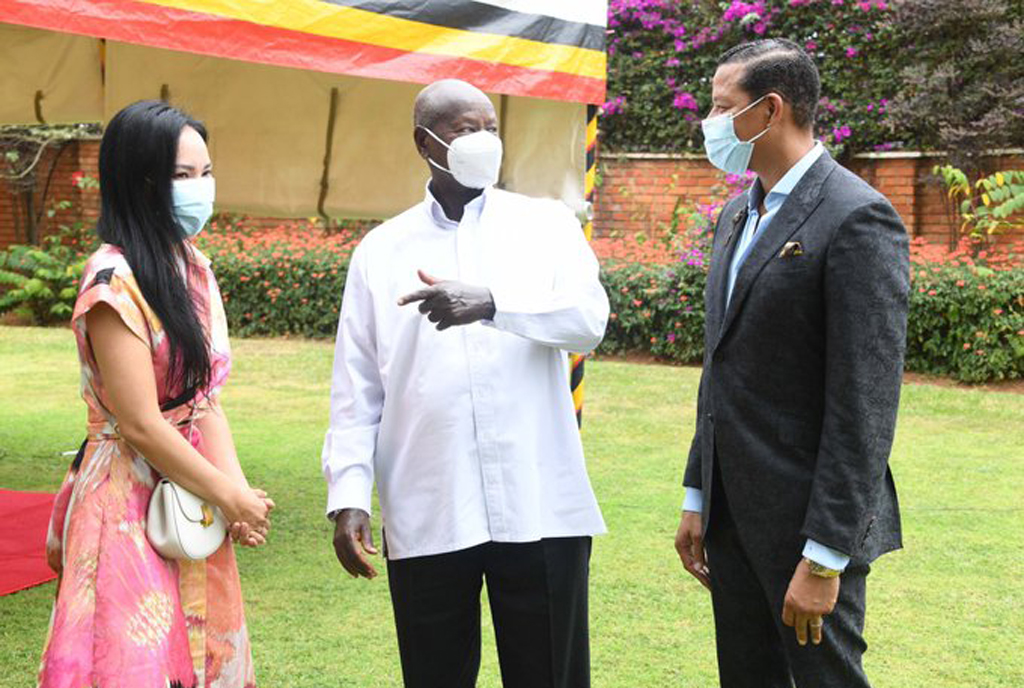 Terrence Howard and his wife met with President Museveni for business

American film star Terrence Howard, most famed as Lucious Lion in Empire, is in Uganda. He met with President Yoweri Museveni for business opportunities that will benefit the Ugandan people in years to come.

Like previous visitors including Akon and Kanye West, Terrence promised to develop Uganda but his focus is more on technology.

He wants to develop a New Hydrogen technology in Uganda with the main purpose of the project being to defend the sovereignty of the country as far as technology is concerned.

“I was born Terrence Dashon Howard. I have become an actor and been nominated for Oscars, golden globes among others but those were not the things that moved me. As a child, I studied chemical engineering but saw the inconsistency with the math there so I went out to explore a new way of understanding how the universe works and was able to define the grand unified field equation they’ve been looking for and put it into geometry and with that geometry, I was able to put props on that,” said Terrence.

He added that he alongside others has invented a new former flight that he would like to bring to Uganda to replace the drones, the helicopters, and the planes, and all he wants is a place to build it. “We have all the funding necessary but what we need is a fatal ground on which to build this. This is the geometry of hydrogen. The linchpins can defend the nation, can harvest food, remove plastics from the ocean, and can give the children of Uganda an opportunity to sell these products across the globe.”

Born March 11, 1969, his first major role came in the 1995 films Dead Presidents and Mr. Holland’s Opus. He has also had prominent roles in many other movies, including ‘Winnie Mandela’, ‘Ray’, ‘Four Brothers’, ‘Big Momma’s House’, ‘Get rich or Die tryin’, ‘August Rush’ and ‘The Brave One’ among others.