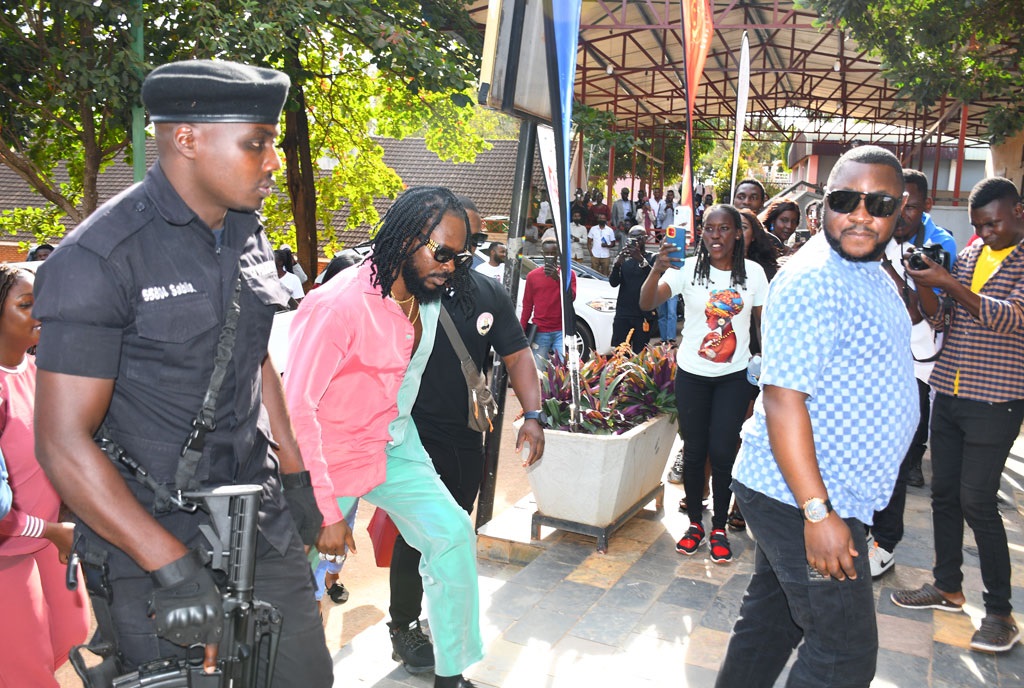 Nigerian artiste Adekunle Gold is in Uganda ahead of his concert tomorrow at cricket Oval. This is also going to be the return of Club Dome events courtesy of Club beer.

Having jetted in a few hours earlier, a press conference was held at the International University of East Africa where the Afrobeat singer interacted and mingled with his fans. The university is one of the main sponsors of the show.

“Who is your baby? Adekunle asked immediately after he was handed the microphone to which IUEA students replied in unison “Adekunle Gold Baby”.

He further said that it’s been a long time coming for him to be in Uganda but finally the time has come and promised that his show is going to be the biggest ever.

Adekunle with the Vice Chancellor of IUEA Dr. Emeka Akaezuwa during the press conference

Asked how he has been able to remain consistent, the ‘Mercy’ artiste summed it all up with hard work, resilience, and belief in God.

He also advised Ugandans to love their artistes because it’s the only way African music is going to grow.

“I encourage you all to keep supporting first your artistes and then African artistes. Support Fik Fameica and the rest because that is the only way we are going to conquer the world,” he said. 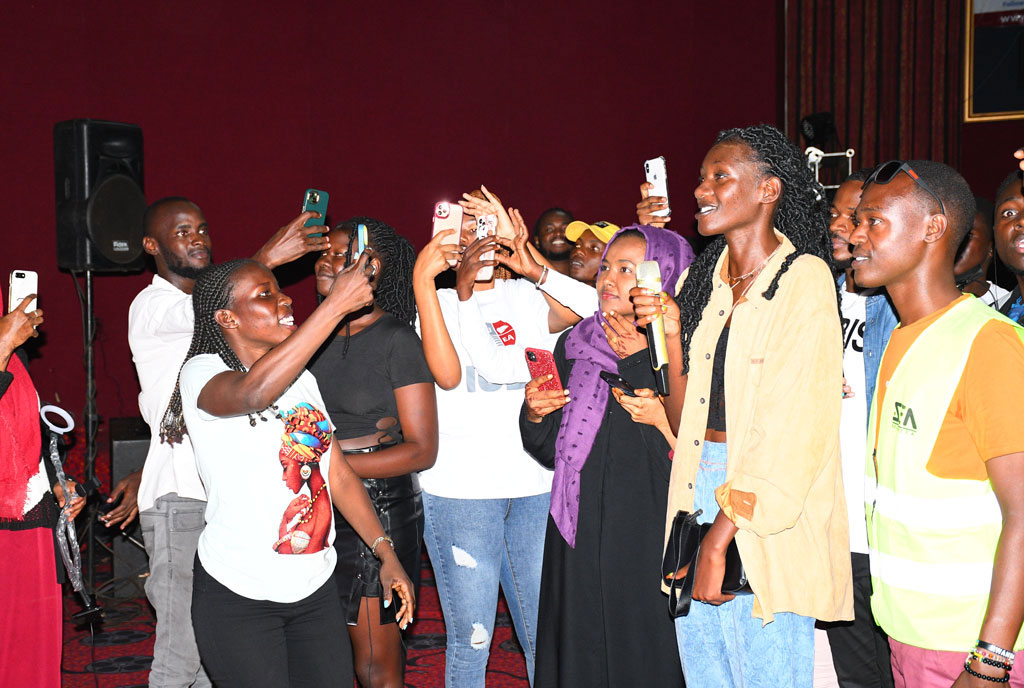 IUEA Students trying ti get a picture of AG

He will perform alongside South Africa’s rapper Costa Tsobanoglou popularly known as Costa Titch. Top local stars that will grace the show include Vinka, Sheebah Karungi, John Blaq, Daddy Andre, Kataleya and Kandle, Slick Stuart and Roja, among others.

Born Adekunle Almoruf Kosoko in 1987, AG baby gained widespread attention after releasing the 2015 hit single “Sade”, a highlife cover of One Direction’s “Story of My Life”. He’s also famed for songs like ‘It Is What It Is’, ‘High’, ‘One woman’, ‘No forget’, ‘Okay’ and ‘Pretty Girl’ among others.