I cannot influence a child better than the parent - Sheebah Karungi 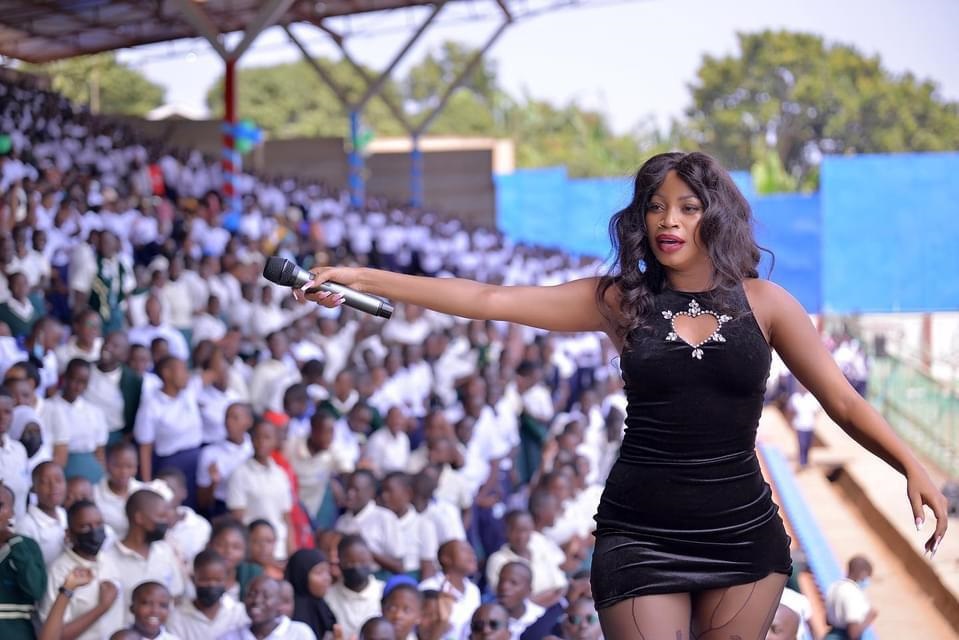 Singer Sheebah Karungi doesn’t believe that her dress code and dance moves can be responsible for immorality among young people. Giving her opinion on MP Sarah Opendi’s ongoing argument of whether musicians should be banned from holding shows at schools, the ‘Nkwatako’ singer says she is not responsible for anybody’s child.

“A child’s best example is their mother, father, and aunts. They cannot fail to emulate your character and instead learn from me. People should think about it and stop making us responsible for your children’s upbringing,” she in an interview with Spark TV.

Sheebah also asked parents to raise their children with the moral values they feel are right so that when they see her, they take her as a musician without changing any morals instilled in them by their parents.

“I cannot influence a child better than the parent,” Sheebah said.

Rapper Feffe Busi has given his opinion on the same. He believes the school administrators need to understand the type of artistes they are taking to their schools.

“There are very many artistes so to avoid clashing with the minister, the schools need to understand the artist because artists have different audiences,” he said.

Social media users also have had a say on the matter.

Maros Atine agrees that Minister Opendi has a point. “Imagine a senior one student, not yet considered an adult, looking at all the suggestiveness in the dressing and dancing. What you do is very fine for those who are old enough to interpret it but for kids younger than 15, I think it plants in them a bomb. Otherwise it all looks like a lost battle considering how carefree we have become as a people,” he posted.

“The minister said schools should stop musicians from performing from schools because of their dressing. She didn’t mention a name of any musician Ooooh I forgot, the Bible clearly says the wicked run when no one is chasing,” Stella Amutos commented.

“Sheebah if you toiled, Congratulations you are well now but we aren’t interested in your evil styles of Spoiling our Children!!!. You got a decent environment that enabled you to toil and win so why not leave the same for others,” said Deo Gracious Shar Ketyjo

Arinaitwe Richardson said: “Those so called ministers have failed to do what they supposed to do for the people & they start looking for such! The Bible tells them that nothing is in them. Do what makes your job persistent.”