Eddy Kenzo on why he threw microphone at fan 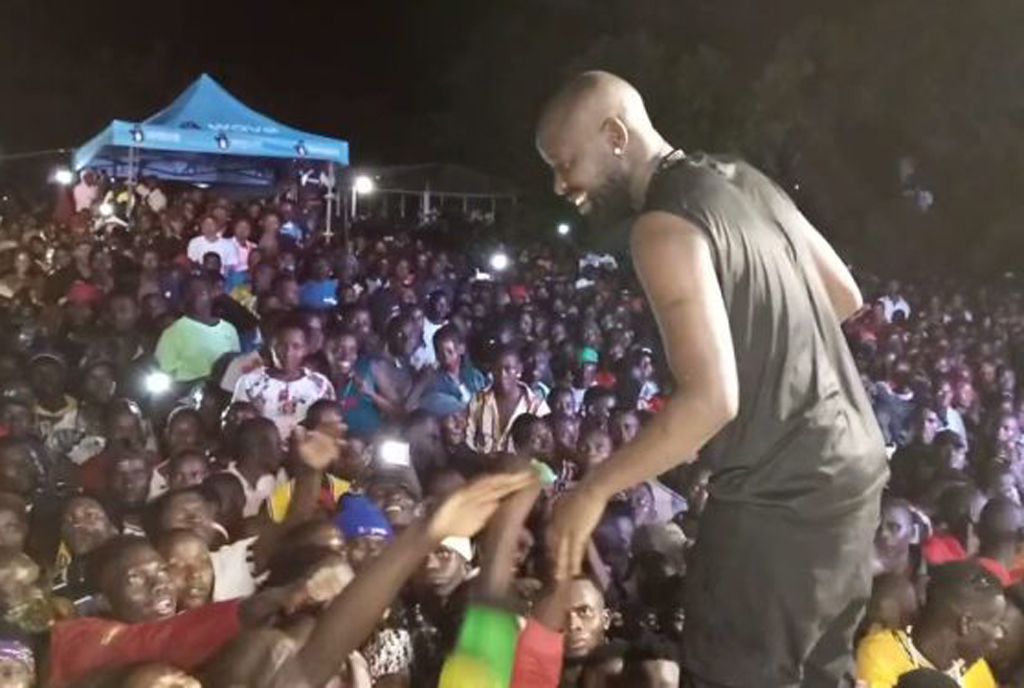 Over the years we have seen artistes react differently to disrespectful fans. Winnie Nwagi, Jose Chameleone, Vinka, and many more others.

Over the weekend, the Big Talent Entertainment singer was in Bwera where he performed. While on stage, a fan poured what is believed to be juice on him performing.

Visibly irritated by the fan’s actions, Eddy Kenzo immediately pauses his performance and throws the microphone towards the fan. His bouncers are also immediately seen jumping into the crowd supposedly to pick out the fan whose actions have been labeled “disrespectful.”

This is not the first time Kenzo has publicly acted violently after being provoked. In 2015, he thumped media personality, Isaac Katende alias Kasuku, for allegedly defaming him during a press conference.

Also in 2016, a video of him surfaced on the internet as he beat up fans who stormed the stage and poured buckets of water and some other liquids, presumably urine, on him as he celebrated his birthday.

He however came out and defended his actions while other artistes are backing him demanding for respect from fans.