On an ordinary day, having just one of them on a line up is deal enough. So just imagine the thrill of having three of these vocalists at the same event. 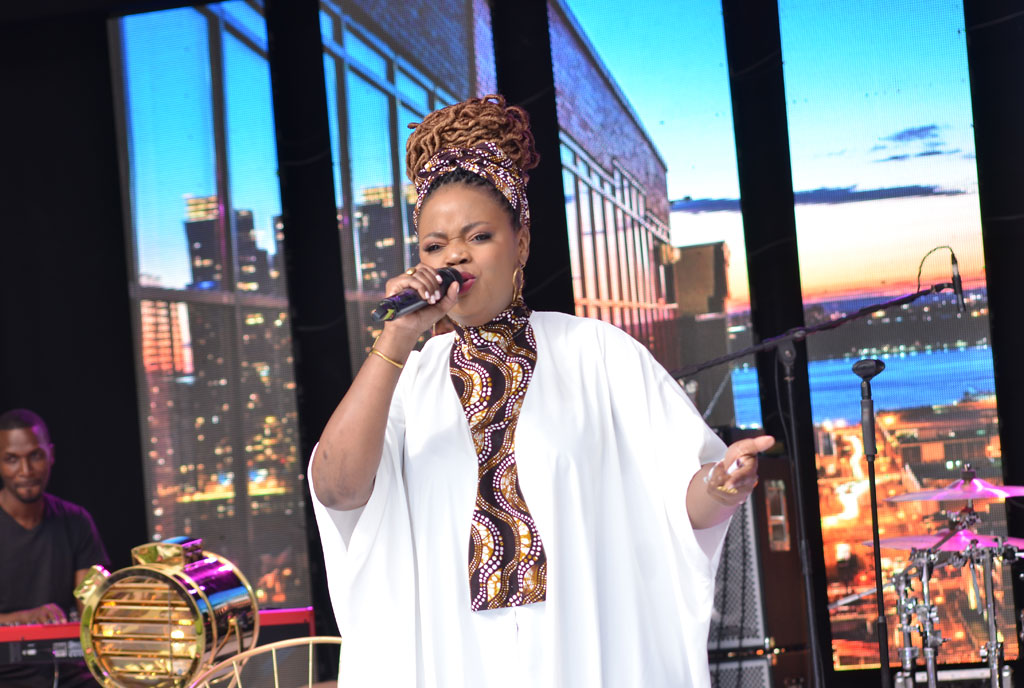 When Juliana Kanyomozi pulled out of this year’s Soul R&B Safari, many were skeptical about the event’s fate but Tshaka Mayanja assured the public that the event will go on as planned. And how it turned out, must have surprised the organisers. The Bailey’s Picnic at Kampala Serena Gardens on Saturday was LIT!
For a could have been price of one, the event lined up three artistes; Gabie Ntaate, Naava Grey and Irene Ntale – such a soulful trio! From their dazzling costumes to the astounding live performances, revellers got more than they paid for. And of course, Fenon’s magic on the stage setup, sound and lighting was the cherry on top.

The event started on time. By 2pm, music was already blazing by DJ Meddie Kayz and Ntaate, who quit her TV job a few months ago to focus on music, was on stage by 4pm. She performed Oyitangayo, Nkwagala, Nange Nkwetaga and her latest Brag About God, among others. When her 30-minute session was done, Salvado, one of the day’s emcees, requested her to do one more cover song and Hallelujah was her choice, which got most people raising their hands in praise.
Naava Grey came on next at 5pm and she dived right into her catalog to play some of her most loved hits starting off with Sokalami. Naava has done several live performances but her performance at this event stood out.

Irene Ntale on the other hand brought the range to life on stage with an acoustic performance and sparked more joy as she played her glittering guitar. With her performance coming at night, she met the crowd in the perfect vibe. Her session started towards 7pm and the stage lighting, graphics on the back screen and the smoke gave her an age over the others.

Seated on a chair with her guitar, she kicked off with Stay With Me accompanied by Jose Sax. She then did Olindaba, inviting soon-to-be married women on stage to share the dates with the audience and dedicating the song to them as well. Pen and Paper, Bwobela Eyo, Gyobera, Go Down and Sembera were the rest of the songs she sung in her session before requesting the audience to stand up and sing along to her final song Bikoola.

Black Roots Academy Band did not disappoint on the back up and they later took the audience to a musical journey with a blend of soulful ballads, jazz and reggae.
issejjombwe@ug.nationmedia.com