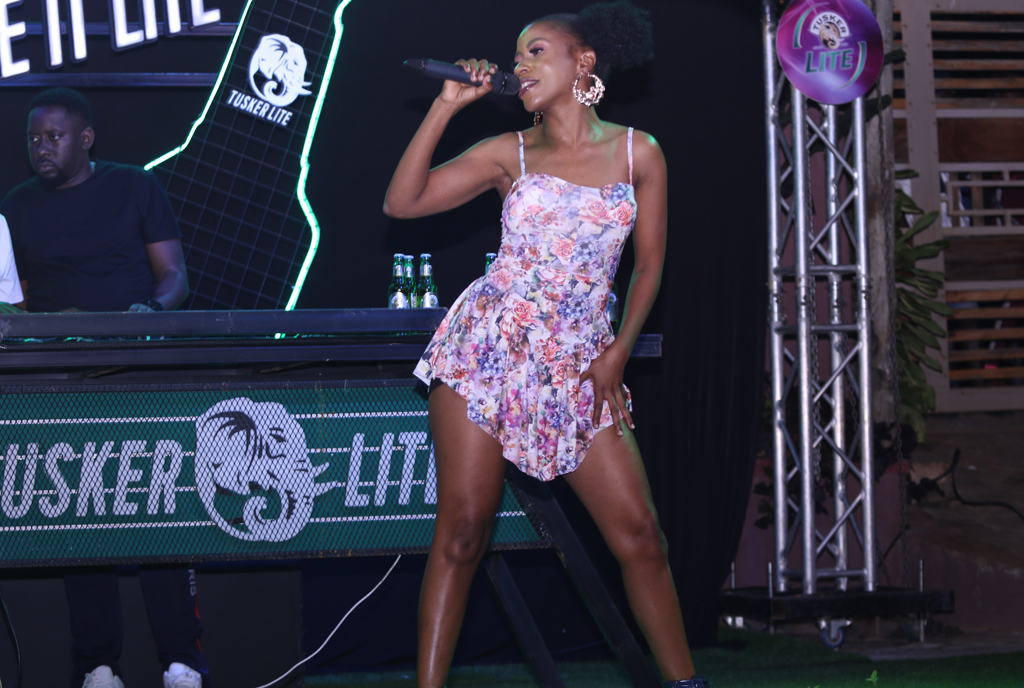 As the crowd at The Heat, a cosy spot in Mbarara settled in, the star attraction of the night, Vinka, graced the stage. Her floral dress blended well with the green lit stage and an audience with laser lights and strobes . It was the Tusker Lite Neon Rave Party and Vinka took no time to get the audience off their seats.

Known for her polished choreography,  the singer put on a casual energetic routine through some of her best sounds, but it is Sure that got the loudest cheers during her 45 minute performance. She also performed Love Panic, Mapozi, By The Way and Overdose on which features Voltage Music, who were also part of the night’s show.

Not even the low temperatures could keep the locals indoors and Vinka never disappointed. In fact by the end of her performance, the audience was asking for more.

The pace had been set by Mbarara hotshot MC Litha, who seems to have quite the following in the town;  he understood the crowd and the other way round. He introduced the night’s opening acts with love; Rob Ross, Uzi Malcon and Niwe Ben, who all got their chances to shine and never held back.

The venue had been set up with a mini hoop for basketball lovers who competed for prizes. The football group too had their table football to keep them going.