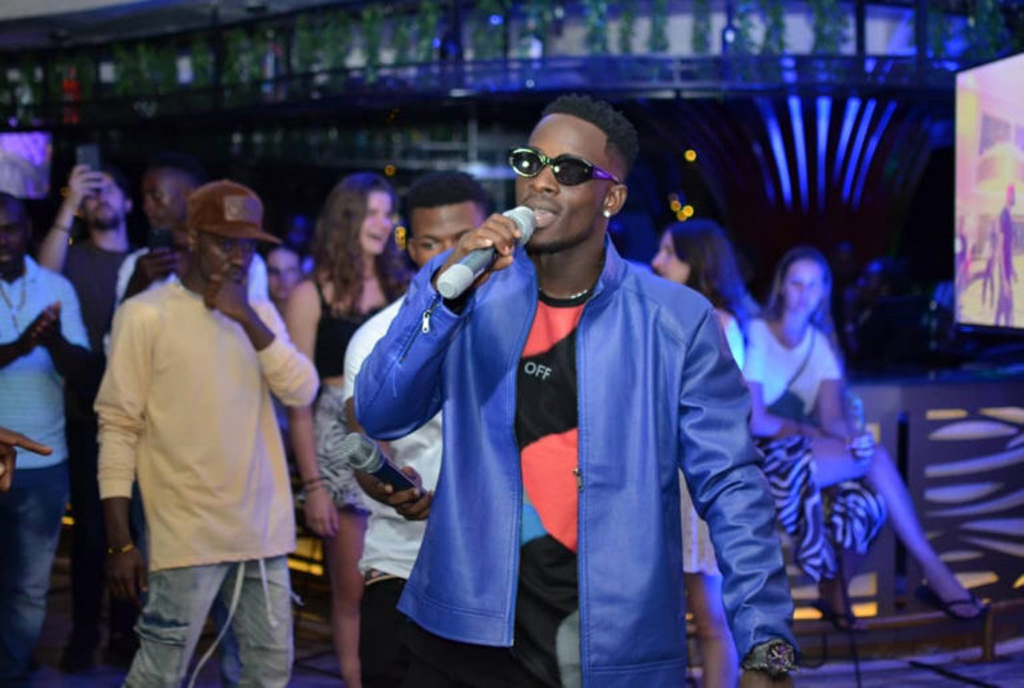 Vamos performs at the unveiling and premier of his Konkona video. Photo / Issac Ssejjombwe

After more than 15 years out of artiste management, Steven Serunkuma, alias Steve Jean, has decided to return to what he knows best – nurturing talent and Amos Birungi aka Vamos 256 is his first project.

With a single out, Steve Jean decided to go big on the artiste’s unveiling at Cielo Lounge last  Friday .

The invite-only event that was also the video premier of the artiste’s Konkona video, saw journalists and different stakeholders in the industry in attendance as Vamos made his entrance to the industry. Confidence and stage presence are some of Vamos’s strengths and he showed exactly that during his performance, jumping from one end of the bar to the other, as he pulled off different dance strokes.

“I wanted to allow myself to come to the world in style; we have cooked the song and the video for some time, and my management and I believe it was the time to release these visuals. I am sure I am being managed by the best in this game and God with us, the sky will be the limit,” said Vamos

The Konkona single was produced by Steve Jean who also did the backup vocals. Joel Keys also added his bit in the production while Vamos contributed to the writing of the song as Edrine Paul did a tremendous job on the video.