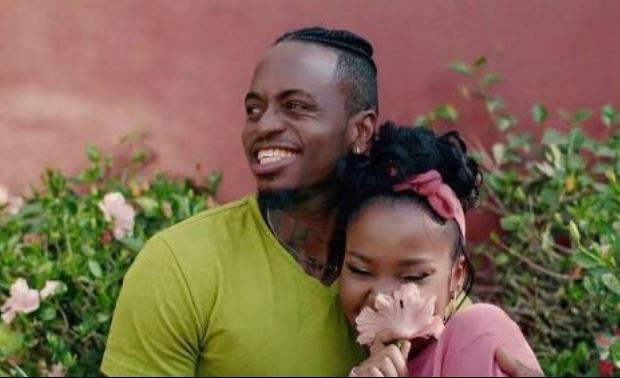 Tanzanian singer Diamond Platnumz is in trouble with the authorities, again.

On this occasion, the Tanzania Communication Regulatory Authority (TCRA) has banned the singer’s Mtasubiri music video featuring his signee Zuchu from being played on TV.

In a letter to media houses, TCRA (a government agency) said it had acted on the basis recommendations from BASATA (Baraza la Sanaa Tanzania) to restrict the video from being aired on mainstream media.

In the music video that was directed by Director Ivan, Zuchu is seen eloping from Church where she is a choir member after receiving Diamond’s phone call

The 26-seconds scene which served as the intro to the video is what has landed the WCB president in trouble with the authorities.

The authority further explained that the intro scene has caused a lot of discomfort among Christians – who feel disrespected.

The singer has been ordered to re-edit the video if he wants it to be played on mainstream media again.

On March 30, Diamond released the Mtasubiri music video, and Zuchu could be seen kissing her boss, something that left many wondering if it’s was a confirmation for a romantic relationship between them.

The Mtasubiri video set a new history in Chibu Dangote and Zuchu’s music career after clocking over 100K views within 37 minutes of being uploaded on YouTube.

The video also garnered over 1 million views within 16 hours and currently it has accumulated over 10 million views.

Diamond’s Wasafi media has also had its licences revoked in the past owing to what authorities said was breach of contract.