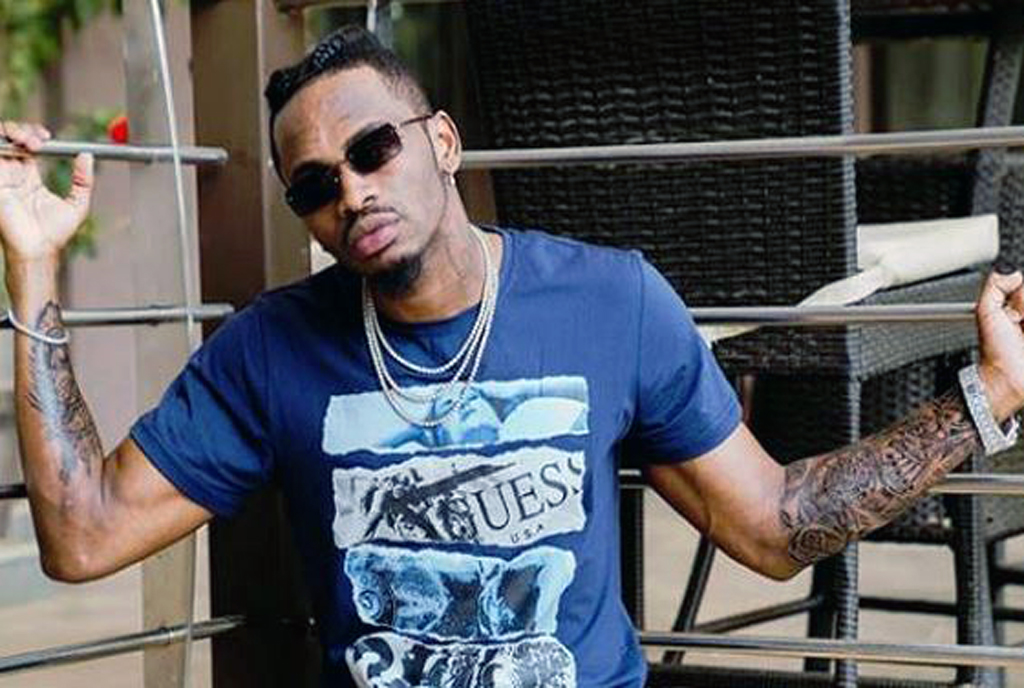 In 2011, Diamond Platnumz set up his YouTube channel to expand his reach, what turned out to be one of the best decisions he ever made in his music career.

In June 2020, he became the first sub-Saharan African singer to clock a billion views on a YouTube channel, which is now approaching the two billion mark views, standing at slightly over 1.76 billion.

So proud is he of the decision to open the channel that he recently turned down Tanzania Music Awards nomination, boldly stating that his YouTube numbers were more tantalising than the local accolades.“

I respectfully asked not to be included in the Tanzania Music Awards because I do not see anyone to compete with me here. It will be unfair pitting me against any Tanzanian musician. I’m okay with my numbers on YouTube, they speak volumes in terms of my achievement more than the local awards. Besides, my focus right now is to compete with other international artists in Africa,” Diamond remarked while on a media tour to promote his latest First of All extended play (EP).

Last May, he yet again hit another career milestone that many musicians in East and Central Africa would be envious of, as 12 of his songs each garnered over 50 million views.

Two months ago, Diamond was again in a celebratory mood as his song Waah!, which he featured Lingala maestro Koffi Olomide, became his third song to surpass the 100 million views mark on YouTube.

Yope remix, a collaboration with Congolese Innoss B, was his first song to hit the 100 million views in April 2021. In November of the same year, Inama, another body of art he collaborated with Congolese composer Fally Ipupa, also hit the milestone.

The magical YouTube numbers have seen Diamond transform from a scraggy boy from Tandale, an infamous shanty town in the heart of Tanzania’s commercial capital, Dar es Salaam, to a daring macho moneybag, if his five-bedroom mansion situated in the affluent neighborhood of Mbezi Beach is anything to go by. The mansion was bought in 2018 reportedly for TSh2 billion (Sh100 million).

The flood-prone Tandale area, or ‘uswahilini’ as its dwellers like to call it, is home to 70,000 inhabitants. The ghetto was once home to Naseeb Abdul Juma, a former second-hand clothes (mitumba) seller, now famously known by his several monikers Diamond Platnumz, Chibu Dangote or Simba, if you like.

Today, the bejewelled canary, who once stole his mother’s ring to raise funds for a studio session, represents the quintessential millionaire, the proverbial pauper-to-prince who built everything by the sweat from his brow.

Diamond has weathered all gales on his rise to the mountain top. Stuck in blue-collar trade, first in freelance photography, then as a gas station attendant and a stint in gambling, he ended up selling second-hand clothes while pursuing the ever-elusive shilling for studio fees.

It was from his dalliance with producer and his former talent manager, Papa Misifa in 2009, that Diamond finally saw the end of the dark tunnel that had just begun to brighten. Starting out as a rapper, Papa Misifa felt he was far from it, and convinced him to sing instead.

In 2010, Diamond released his first album, Kwambie, with 12 tracks. Three of the tracks in the album Kamwimbie, Nitarejea and Mbagala carried the day.

With the three hits, Diamond harnessed the supple fluency of Swahili and the poetic Dar’s street slang to hog the limelight and introduce himself to Tanzanians, East Africa and Africa.

In simple calculations, for every a million YouTube views, there is about three thousand US dollars (Sh344,000) of earnings.

To put this into context, in April 2021, Diamond made Sh4 million from the Waah! hit. At the time the song had only gained 39.4 million views when he shared his YouTube analytics on Instagram, revealing he was set to cash in 32,266.53 Euros.

Diamond’s revelation to E! TV three years ago of his net worth, which he estimated to be in the region of $4.5 million (Sh521 million), is substantial by any measure. In an interview with Wasafi FM last year, Diamond placed his net worth at $5.1 million dollars (Sh585 million). Since then, his YouTube trajectory has continued to rise with every hits churned out of studio. FOA EP has already garnered over 80 million streams across all digital platforms, with YouTube contributing a fair share.

Even as the self-confessed proud philanderer maintains his YouTube numbers mean everything to him, one crucial detail he never acknowledges at least publicly is the fact that Kenya is actually the fountain of his streaming riches.

Diamond’s most loyal fans in the world are in Kenya. Without these lot, Diamond would not be stacking those staggering numbers on YouTube; a secret he knows too well but is always coy to discuss.

Diamond had by June 2020 amassed what Kevin Meenan of YouTube Music Trends described as ‘mind blowing’ 3.6 million subscribers and 980 million views on his channel, about 80 per cent of the views coming from outside of Tanzania, with Kenya leading.

Globally, in the past 12 months, Kenya was the main hub driving Diamond’s YouTube streams, attracting over 136 million views, with 107 million views originating from Nairobi.

Tanzania came a distant second with 85.5 million, US followed with 29.3 million and France 23.4 million. The same pattern was replicated in the past three months, when he garnered 39.2 million views from Kenya, 26.7 million from Tanzania, 7.52 million views from the US and slightly above 5 million views in France.

With YouTube success a major facet of his entrepreneurial portfolio, Kenyans are, unwittingly, on a mission to create an African billionaire artiste. For the measurement period May 1, 2019 to May 1, 2020, Meenan noted that Kenya drove the most views for Platnumz, followed by his motherland Tanzania, with the US coming third.

“I literally had to check it three times to make sure it was right. His process of promoting his songs is quite instructive. For every official music video he has, he might have anywhere from five to 20 or more songs and non-song content videos that for instance could include documentary style or behind-the-scenes footage,” Meenan told Billboard.

When Diamond shared his Waah! analytics, a song that trended at number one in Kenya for over two weeks, he urged fellow Tanzanian musicians to be cognizant of their products.

“Not every song with the same number of views can generate that much income. It depends on who and where the fans will be watching it from,” he wrote.

Two years down the line, the trend noted by Meenan has not changed. A spot check on his YouTube data by Nation reveals Kenya is still the crème de la crème of Diamond’s YouTube streaming ecosystem.

His latest track, Wonder, is currently trending at number one in Kenya with over three million views since its release a fortnight ago.

In Kenya, Wonder dislodged from pole position another of his hits released a month ago, Mtasubiri, featuring his rumored new girlfriend, Zuchu.

Until the arrival of Wonder, Mtasubiri, which has now dropped to fourth position, maintained the top spot in the country for three weeks consecutively since its release on March 29, according to data from YouTube Music Charts & Insights.

Mtasubiri, one of the tracks from his FOA EP, has so far amassed over 9.7 million views globally, an extra 1.7 million views of the much it had garnered in the first three weeks of its release.

An EP (Extended play record) is a half-length album that contains few number of songs than a Long Play or rather a full-length album. EP is extended in the sense that, its longer than a single.

Of the eight million plus Mtasubiri viewership from the first three weeks, 2.5 million are from Kenya, with Tanzania coming second with 2.1 million views.

Diamond had another song in the top 10 trending songs in the same period, with Fine trending at position eight and four in Tanzania respectively.

The insights also reveal Diamond has been the top artist in Kenya for the past three weeks garnering over 3.4 million streams compared to 2.04 million streams in Tanzania, where he also topped the charts in the same period.

Since December 31, 2021 to April 14, Diamond topped the YouTube weekly charts in Kenya, in 12 out of the 15 weeks in that period. He only managed to top in 10 in Tanzania in the same period.