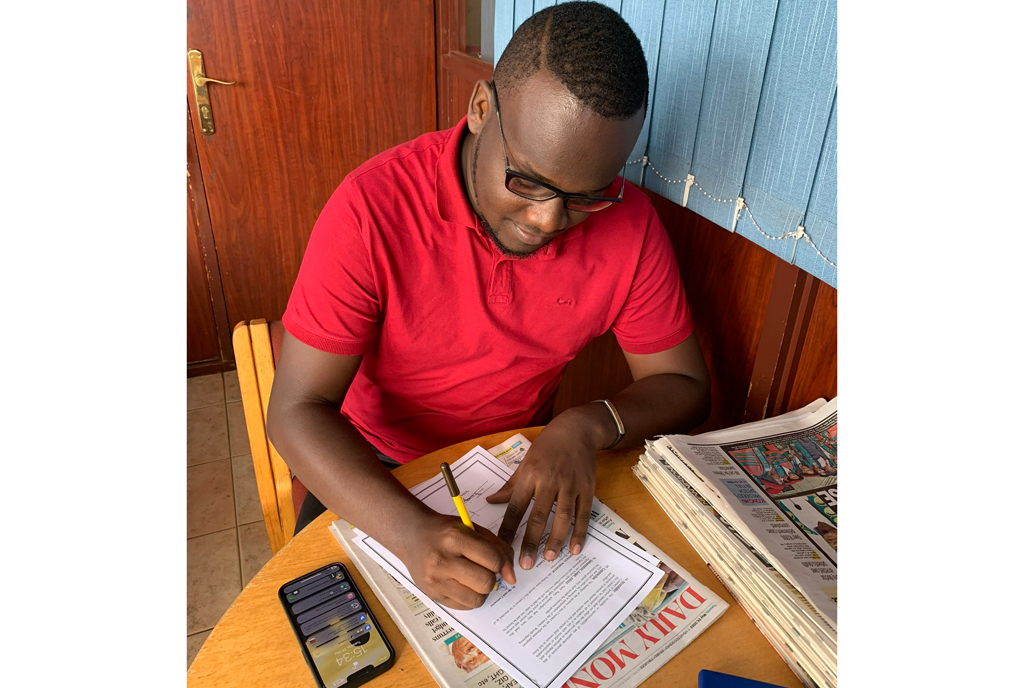 Mostly known as a comedian, Collins Emeka with effect from next week, will be presenting on 93.3 KFM after reaching an understanding with the Namuwongo-based radio station.

Emeka, who recently left Galaxy FM, will be presenting the K-Drive show alongside Becky Katagaya Nantale from 3pm until 7pm.

Comedian and radio personality Emeka Collins has overtime been giving hints to his fans about his new radio journey by taking photos in the KFM studios.

“Deal done and signed.  Here we go soon,” Emeka captioned his photo while signing the contract.

Emeka further expressed his excitement to join Becky Nantale for the show saying, “Here we go. I am glad to join 93.3 KFM my new home. Let the K Drive begin,” he posted on his twitter page.

Fans have welcomed him with congratulatory messages.

“Now this is what happens when you propose to a mukiga woman! Blessings on blessing,” strawberry @AsasiraRidge commented.

Born Collins Bareija Magezi, Emeka started his comedy journey in his Senior Six vacation with the Punchliners and Comedy Files when he was 19 years old.

He also did Comedy Club live in Kampala before starting his radio journey at 99.6 FM J, where he was doing the drive show. He joined Hot 100 doing the Hot Cruise Show from 2pm-6pm before joining Galaxy last year.