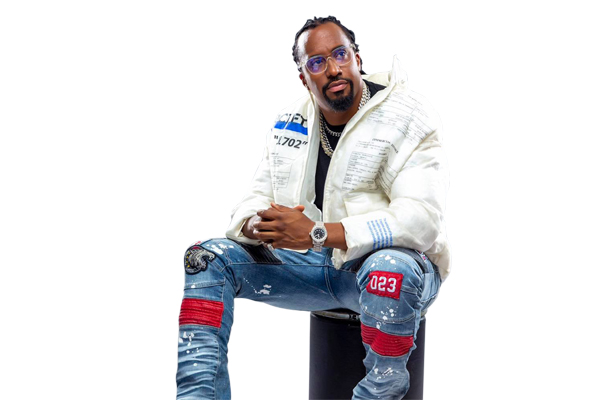 Daniel Kigozi, aka, Navio is a hip-hop artiste who has been doing music for the past 25 years. His famous songs include One and only, Ngalo, Nawulilanga and Bugumu. He speaks to Isaac Ssejjombwe  about what he is up to.

For 25 years, you have done the same genre of music in a predominant Afrobeat and Ragga space. Tell us  how  you  have managed.

It has been difficult but at the end of the day, it is about quality. It gets easier when I release quality.  However, I cannot compromise the art form, the lyrics, and the like, lest I lose my career.

What was the beginning like in your music career?

Luckily, when we started, hip-hop was so big that it was easy to put out quality music and people were embracing it not only in Uganda but East Africa. Then, we were teenagers between 13, and 15 years and the industry included Klear Kut, Babaluku, and Lyrical G and school was top priority. I feel that allowed Ragga, Reggae and Afrobeat to come up.

How are you recovering from the pandemic effects?

I have just got what might be one of  the biggest deals in Uganda with Johnnie Walker’s Tour. After easing the lockdown and the considering the after effects of the pandemic, one would have least expect such a deal.

Tell us about the challenges you faced  as  a  new  artiste?

First of all, radio stations did not play hip-hop back in the day. So, it was tough. Secondly, I was a teenager competing with people between  30 and 40 years which was also difficult.

Thirdly, my father passed on when I was 10years old and we had to be cautious. I skipped years of school because of finances and that is when I started Klear Kut. I have had my hardship but I do not talk about them.

When someone says I am rich I do not explain myself because I know what it is for people to say the opposite. I have learnt that it is great to be humble.

What has been your mother’s contribution to your career?

Like every parent, she comes in where she has to but when people say we have not worked as hard, it is  annoying. My mother struggled to put food on our table. She is now in a secure place.  If she helped  me, I would be at Davido’s level but, we are not cheats.

Compare hip-hop today  with when you  had just started.

Hip-hop is definitely leading because at most performances half will be hip hop acts. If you have a stadium show, you will book, Spice Diana, Bebe Cool, and you will also have Fik Fameika, Fefe Bussi, Rachael Ray, Navio, Gravity Omutujju but people do not notice us. However, I feel we are getting  there. Being underestimated is our greatest asset.

First thing you do when you wake up?

I pray then, prepare myself for the day.

First thing you do when you get to work?

I switch on the computers, get business out of the way then start on my day.

Camping at Kazi with my father. He was a scout, we used to light fires, set up tents and run around, make bows and arrows, and making knots from ropes.

His name was Buule and we did everything together while growing up in Entebbe.

Your  first kiss was  with…?

It was a peck with a girl called Lillian Emerich in school. I was five years old, she gave me a peck and ran away and never spoke again.

The first book you read was…?

Super Fetch. I read it cover to cover on our way to Tanzania as we were going to find a school for my sister. It was about a naughty child.

I was an artiste doing hip-hop and my first talent show was organised by Dr Mitch Egwang.

How much did you earn from your first show?

What did you use your money?

We bought soda and used the rest for transport for some days.

We get to express our creativity and get to leave our footprint.

Going to the US and collaborating with Keith Sweat. That made me realise that African music and our approach was going to be the next wave in the world.

Have  you achieved your dream?

For a child from Rubaga to get 60 awards, and releasing top  hits, I could not have asked for more.

Any regrets so far?

I spent a lot of time away from my children for music.