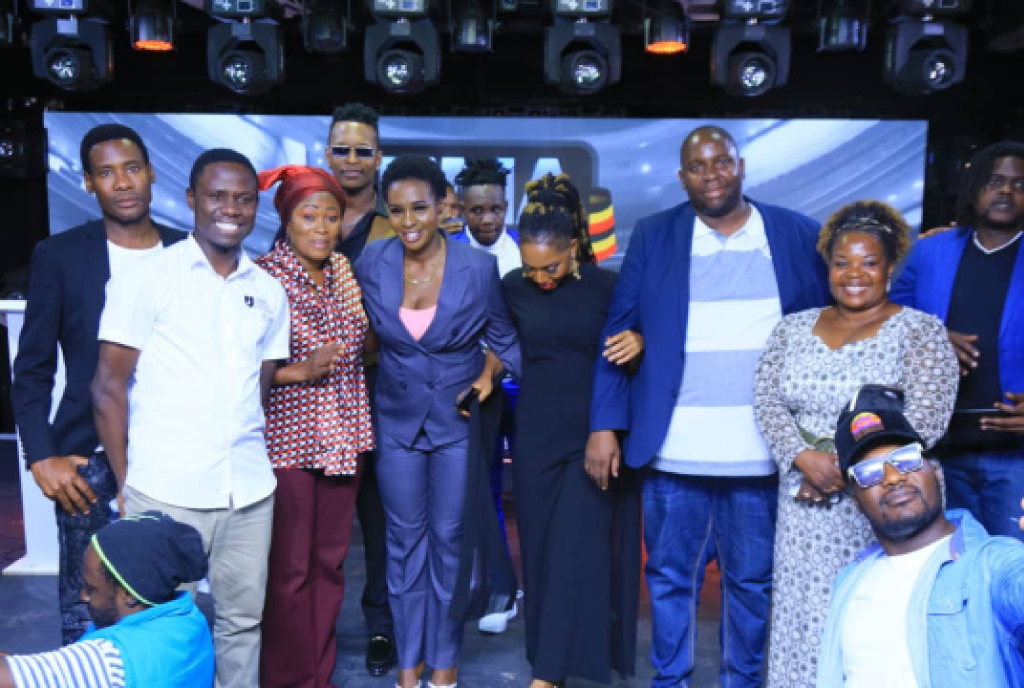 Seeking power: On Monday a new cabinet for the Uganda Musicians Association was to be voted into power but the process was halted. Two debates were held prior for the hotly contested presidential race that has little known artiste Ramathan  Mutebi, alias Lord Bitem, and two mainstream artistes; Cindy and King Saha, who for the better part of the campaign have been involved in a hot exchange. Andrew Kaggwa writes

It is one of those questions that keep coming up every time the leadership of the Uganda Musicians Association (UMA) tries to make a case about their relevance. Initially, UMA was a result of a pressure group that had come up to see that media houses in Uganda show more love to music produced by Ugandans.

A story is told that it all started with a concert of two Nigerian artistes; Tekno Miles and Mr Eazi at Lugogo Cricket Oval. The then relatively fresh Nigerian artistes with less than five songs each under their belt filled up the venue even when they still underwhelmed their audience. For some local artistes such as King Saha and Jose Chameleone, this was a red flag; they noticed they were losing the industry and thus started forging ways to save it.

This gave birth to the movement, Save Ugandan Music, whose sole purpose was to see Ugandan music get back onto the airwaves, somewhere during some of their meetings. The focus changed to copyright and later, in ways they too could barely understand, the Uganda Musicians Association was formed.

Cindy has since been the longest serving president and during her stint as president, she has tried to organise elections in vain, thus leaving Kyazze and his cabinet as the only elected officially. On Monday, however, a new cabinet was to be voted into power and this was before that election flopped as well. 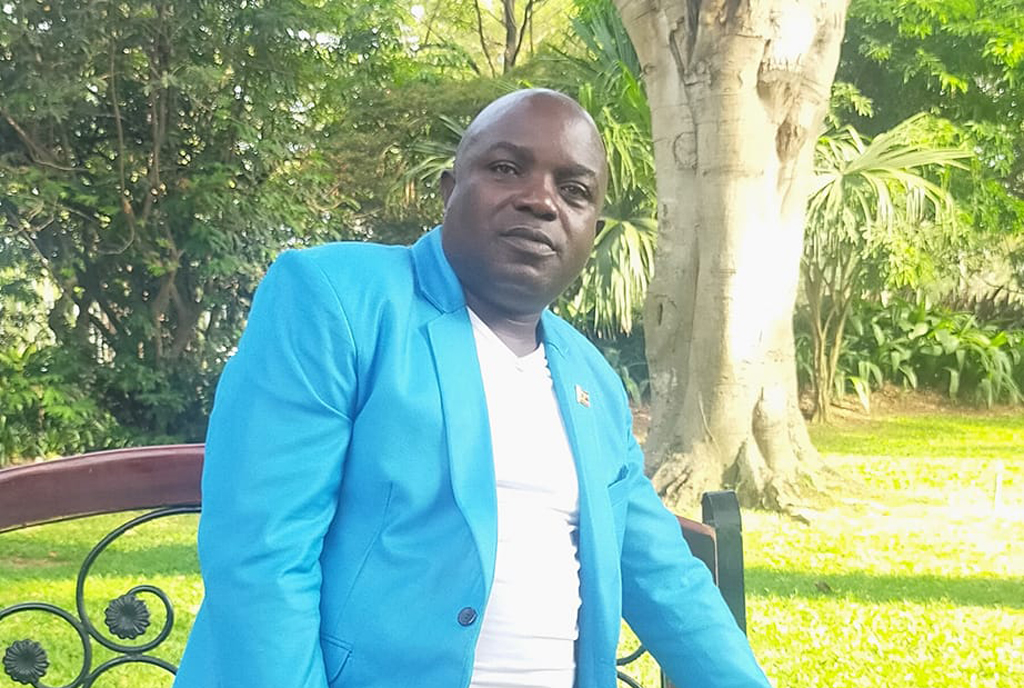 Over confident. Lord Bitem, the little known musician-cum-businessman and politician says he is the oldest in the industry thus deserves the presidency. PHOTO /COURTESY

A lot had already gone into the preparations such as putting together a system to handle the voting process and of course, just like elections have become in Uganda these days, the UMA presidential election too came with a debate. Two debates.

One of the debates was held last Friday, presented by the sQoop magazine team on Dembe FM, while the other was held at the Naguru-based NBS TV. Both debates were interested in putting candidates to task to explain why they should keep or be elected into office.

Since the debate was organised, there was a lot about who will or will not attend it. At first, many thought Cindy would not attend the debate since she is the incumbent and all the fire would be heading her way. Yet, even when she was late for the debate on Dembe FM, she still showed up, so did Lord Bitem, the other candidate, but not King Saha.

The debate questions focused on who the candidates were, what they wanted to do for the industry, their beliefs, stand on prevailing issues in the industry as well as key policy issues. The Dembe FM debate may have given other candidates such as secretaries a chance to say a thing or two, but the focus was on the presidential candidates.

Yet the debate on NBS focused on all the people standing for the main leadership positions such as secretaries, president and vice president.

In the two debates, there was interest in the hotly contested presidential race that brings together Ramathan Mutebi, alias Lord Bitem, the little known musician-cum-businessman, politician and everything in-between and two mainstream artistes who for the better part of the campaign have been involved in a hot exchange.

Take an example of King Saha and his backers, who believe Cindy and her cabinet have politicised the association and thus created a situation where it works and serves only people who subscribe to the National Resistance Movement (NRM) ideology. And you may not blame the man for believing this. Many of Cindy’s backers, most of whom are heavily involved in the current UMA regime, are openly known supporters of NRM. Take an example of Phina Mugerwa, who has more than once noted that she has not had an issue serving with Cindy and thus has no problem having her back. Then there is Bebe Cool, not directly involved in the UMA regime but a sworn backer of the regime that risked faulting the Covid-19 guidelines during elections to kneel and give out yellow shirts.

Unfortunately though, Saha did not attend any of the debates, thus he was never around to make the allegations in Cindy’s face. She, however, was present not for one but two debates and did she take swipes at him? Yes.

Remember, Bebe Cool is believed to be against King Saha’s presidency for the fact that it has a strong Bobi Wine backing. Bobi Wine being both a prominent artiste and opposition politician, it is believed that a president who has his blessing will be the end of those open gates to Salim Saleh’s compound.

However, Bebe Cool never mentioned that reason, he only reasoned that King Saha abuses drugs, something Saha still could not defend himself from, even when Cindy picked on it subtly.

Then, there was a question of if artistes need UMA, do they lose if they are not members? Much as Cindy attempted to answer this question on Dembe FM, there was only a thing to pick from her answer, and that was the fact that an artiste mainly needs UMA for association and recognition.

“In Uganda where many of us do not have clear work identification, the UMA identity card usually comes in handy, especially at night when security personel ask artistes to identify themselves,” she said. 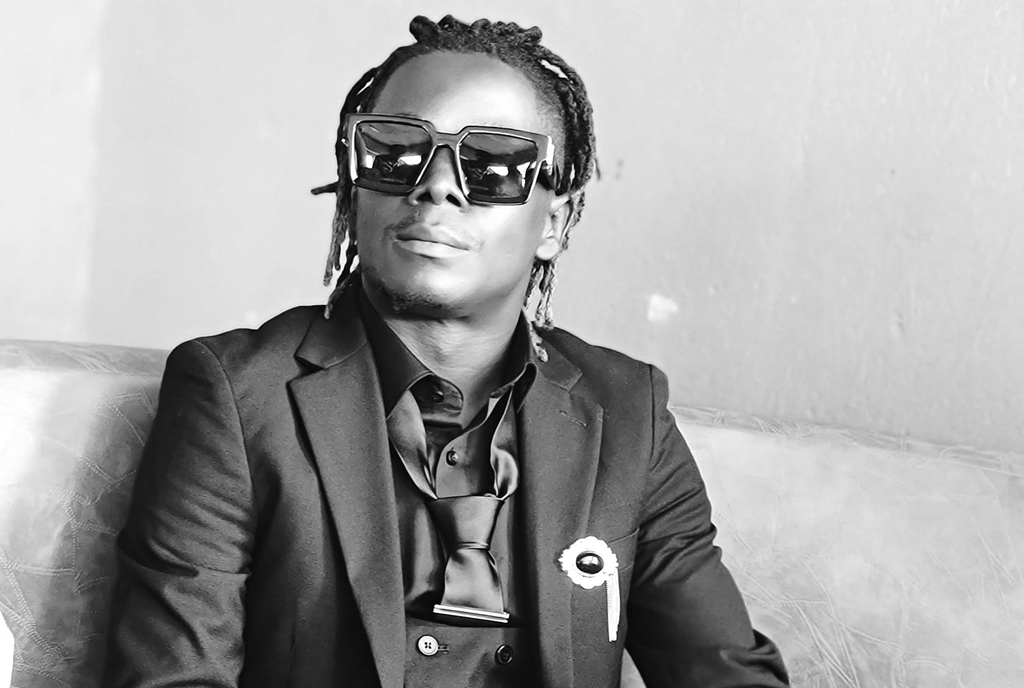 Unhappy. King Saha and his backers believe Cindy and her cabinet have politicised the association. PHOTO /COURTESY

What can the association do?

Of course she did hint on the fact that the association can lobby for its members in Parliament, but she was mostly vague. She neither talked about something they have lobbied for or are planning to lobby for what works for the industry as a whole.

Take an example when she talked about the need for policy pushing for sober artistes, she may have said all that in good faith, but being sober or not does not derail or improve an industry, in fact some people are able to create better with the help of a little something.

For a bigger part of the debate, Cindy had the microphone, she was of interest being the incumbent, and so was Phina in her session. Cindy is confident and speaks with a lot of authority even on things she is bleak about.

For instance, the candidate more than once talked about copyright law as one of the things that need to be fixed in her next term as president. In her submission, Cindy noted that the law has been poorly implemented and thus artistes lose a lot of money to pirates.

Most local artistes do not benefit from their sweat because they are not registered with collecting societies and neither do many own their copyright but above it all, in all her submissions on copyright she did not talk about widening the collection basket for royalties.

Cindy was accused of turning the industry into a clique of beggars always headed to Saleh’s home for financial bailout, something she denied being a part of noting that she has been fighting against it. According to the self-proclaimed king, their efforts with Saleh were aimed at structuring an industry that was disfranchised, something she claims has almost been achieved.

“During my term UMA has managed to register more artistes into the association, and the most important thing is that it has managed to integrate many artistes that are not Kampala based,” she says. 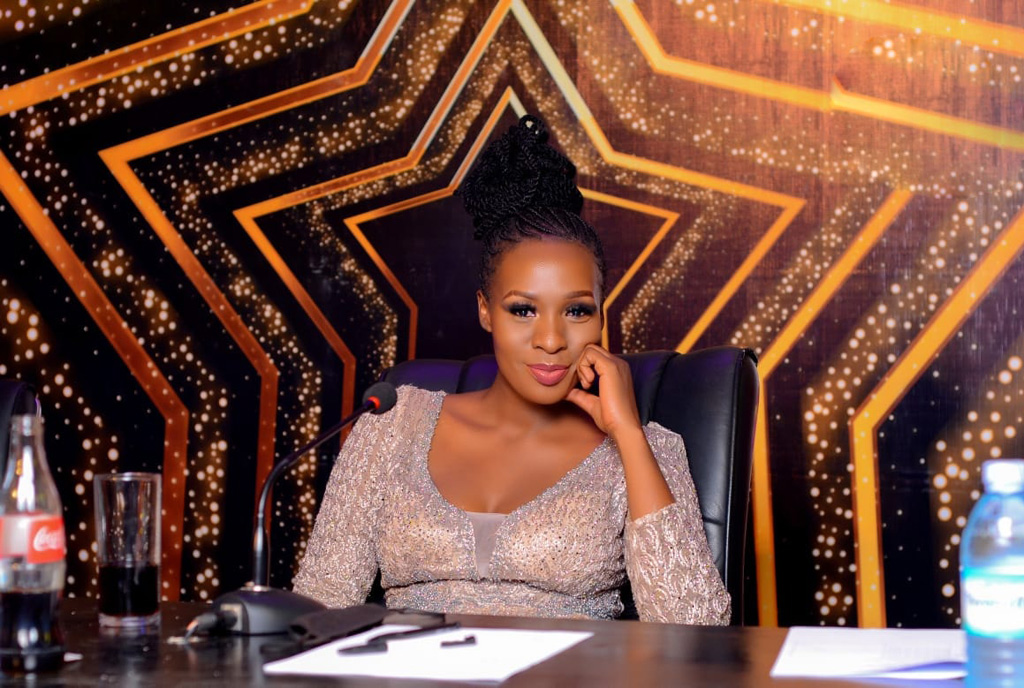 Since Bobi Wine joined active politics, he shed a spotlight on art and its influence on people, this meant that the way the industry was handled changed. For instance, since 2018, many Bobi Wine concerts were blocked for various reasons, some of which they claimed he was trying to hold rallies instead of entertaining his fans, did UMA ever stand with an artiste that associates with them?

On the two debates, Cindy and Phina noted that the Bobi Wine question is one they both are yet to understand because it is new and unique. However, other candidates still faulted them for never having a stand when one of them was being violated.

But the debates also had Lord Bitem, who speaks like a politician and is quick to remind all that seem to doubt him that the election is not a popularity contest. For many observers though, the campaign is one of Lord Bitem’s biggest stages so far and he may use it to his advantage, not to win of course, but probably set up yet another entertainment establishment.

But above it all, the two debates were a success, especially for the organisers. For UMA, it is clear more still needs to be done even for the association as a whole. There is a need for them to understand their purpose and what they intend to do for the industry. At the moment, many of these seem unclear, some contestants are talking about fostering unity in the industry, something that is a myth considering the fact that music is a business where both talent and ego compete, others believe a ministry for art and culture will solve issues, while others believe more money from the government will give them an edge over Nigerians.

The association can either choose to lobby or organise an industry that is always transforming beyond its previous descriptions.

Note: The elections were slated for Monday 23, at the time of the debate. However, when through his lawyers, King Saha questioned the process, the election was halted and postponed to June 6.