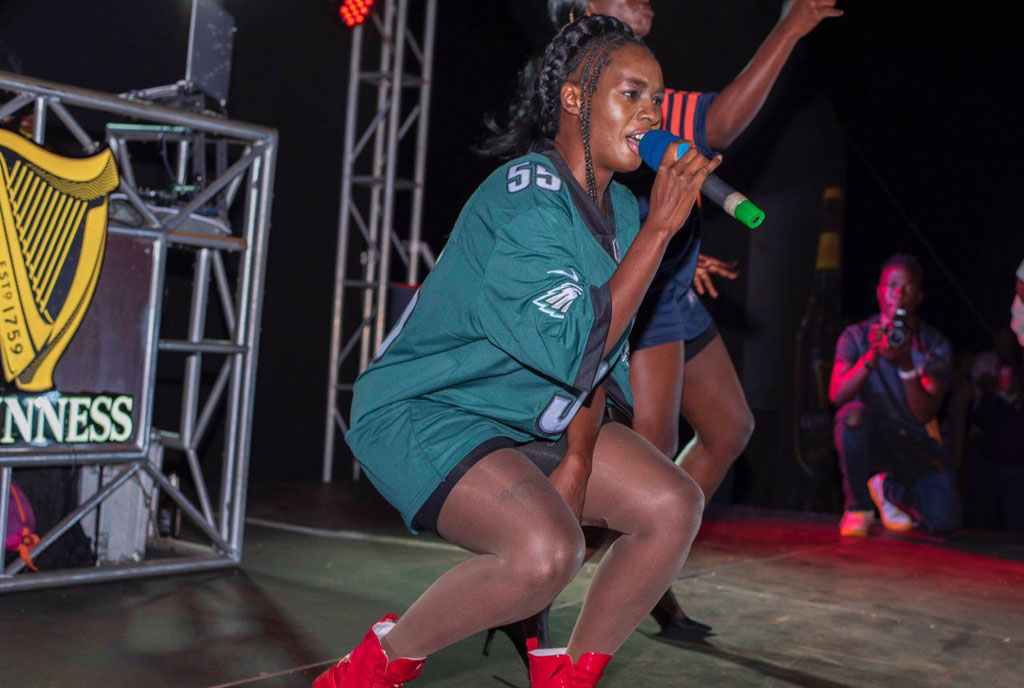 Cindy Sanyu is back on stage

Artiste Cinderella Sanyu and her husband Joel Okuyo Atiku welcomed their first child together earlier this year. Last Friday, Cindy was the headlining act in Jinja at the Fun rugby event and she didn’t hold back despite revealing that her biggest challenge is her breasts which are very full, heavy, and sensitive since she is still breastfeeding.

While performing at the event, put up a memorable performance, pulling off vigorous dance strokes with her dancers that left many mesmerised.

She did songs like ‘Ndi Mukodo’, ‘Onina’, ‘Ayokyayokya’, ‘Sample Dat’, ‘Selector’, ‘Copycat’, ‘Run this City’, and ‘Boom Party’ among others. Jinja people also got the chance to listen to her yet-to-be-released new track that they approved would be a success.

The day that was designed for rugby fans to unwind, play some rugby, and have fun did not disappoint as it offered both sport and crazy fun fare throughout the day.

The annual Rugby Sevens Festival saw 19 Men’s teams and eight Women’s teams from both Kenya and Uganda take to the pitch to have a go at the winning trophy and the cash prize.

Kenya’s MMUST (Makaka) team from Kakamega walked away with the Men’s trophy and a cash prize of One Million after beating the Jinja Hippos (Streer Bulls) 7- 5 in the Men’s final to seal their spot as the champions of the 17th edition while the Women’s title was taken by the Amazon team from Kings Park in Bweyogorere who beat Jinja Ripples 22- 5 in the women’s finale.

The Jinja Fun Rugby Festival is an annual rugby tournament that has been in existence since 2003. The tournament is held under the Sevens rugby format and rules.