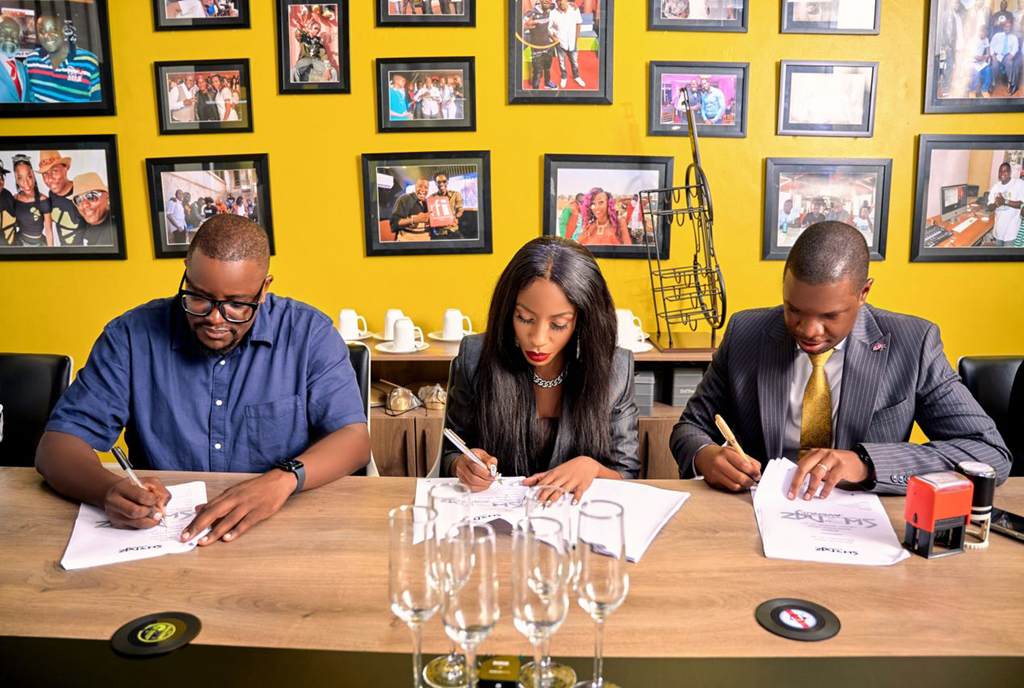 Veronica Lugya’s alias Vinka is one of those artistes whose music career needs documentation. She wasn’t that interested in singing and was a dancer before being hired by Swangz Avenue to manage Irene Ntale.

She was successful in doing her managerial work until Julius Kyazze, one of the Swangz Avenue bosses told her to try out singing. After hitting the studio, she wasn’t pleased with her first work but management saw in her what she couldn’t see in herself and after a couple of jams, she kicked off what is now the career that has seen her signing with one of Africa’s top management label Sony Music.

With Vinka’s progress so far, Swangz Avenue management has decided to renew her contract today.

“Thank you for all the years of nurturing,” posted the Thank God hitmaker upon putting pen to paper.

We couldn’t establish how long this contract is going to be, but we have received information that it’s a long-term contract that comes a few months after the management label renewed Winnie Nwagi’s contract as well, putting to rest the rumors that Swangz would cut ties with its older artistes.

Vinka has been managed by Swangz since 2016 and in 2018 she signed a long-term recording deal with Sony.

According to sources at Swangz, Vinka is still a Sony recording artiste with a long-term recording contract and Swangz Avenue remains the management label on behalf of Sony.