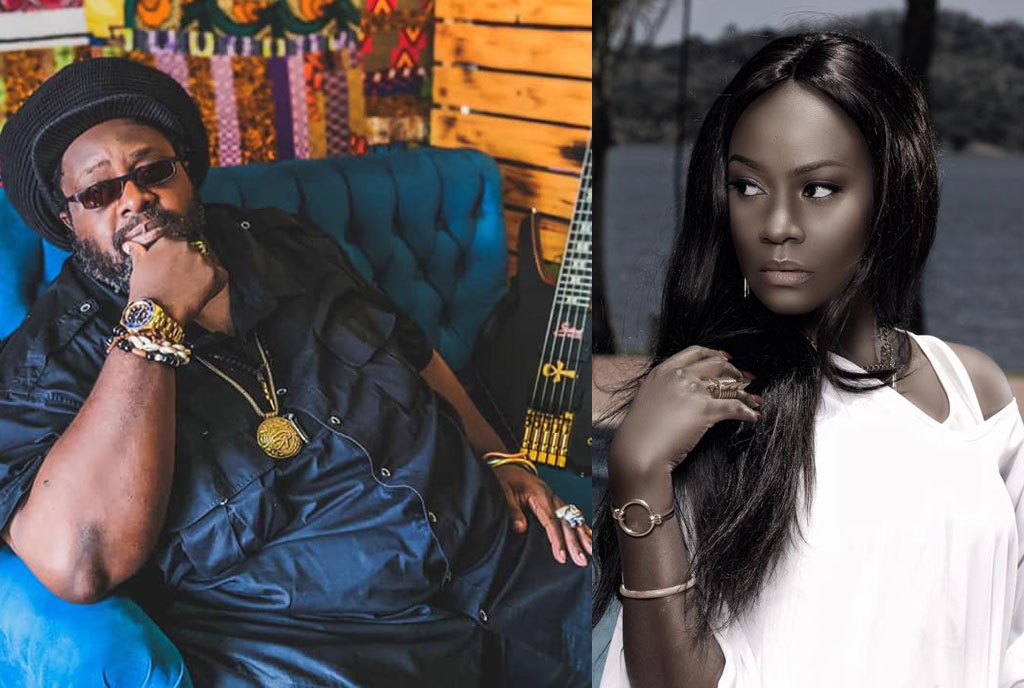 A few days back, Juliana Kanyomozi was announced as the headlining act at this year’s Soul-R&B Safari, set to place on Saturday, May 07, 2022, at Kampala Serena Hotel Gardens.

Through a press conference, the diva confirmed the news saying that she was excited to be part of this event and couldn’t wait to perform for her fans.

READ: Juliana Back After Three-Year Break

Two days after, Juliana released a statement on her social media platforms saying she has pulled out of the event due to gaps in the alignment.

“I deeply regret to communicate that I will not participate in the marketed Soul & RnB Safari due to gaps in alignment between the parties involved,” reads part of her statement. 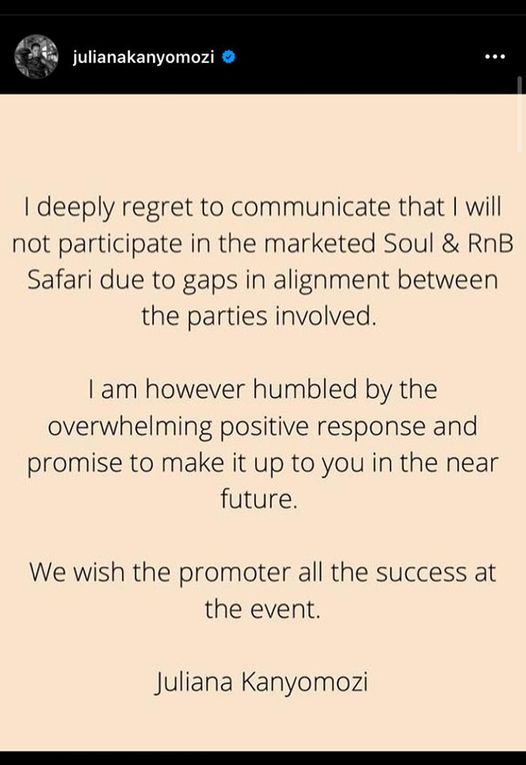 Today morning Tshaka Mayanja, the organizer of the show, came out with an official release regarding this issue. According to Tshaka, they did not receive any communication from Juliana or her management before they posted the statement on social media.

“We categorically state that the organisers and sponsors did not receive so much as a courtesy phone call from the Artiste nor her management before they posted this statement on social media. Ideally, it should have been the event organisers to release this statement, not the Artiste who was already financially committed and booked to feature at the festival,” the statement reads.

He added that the ideal protocol should have been them being informed first, then given the chance to settle and fill in these missing “gaps in alignment”, or whatever it is she says or feels wasn’t already aligned.

He however promised that the event will go ahead as planned but with different artistes who will be joining BlackRoots Academy Of Soul as joint headliners of The Soul-R&B Safari.