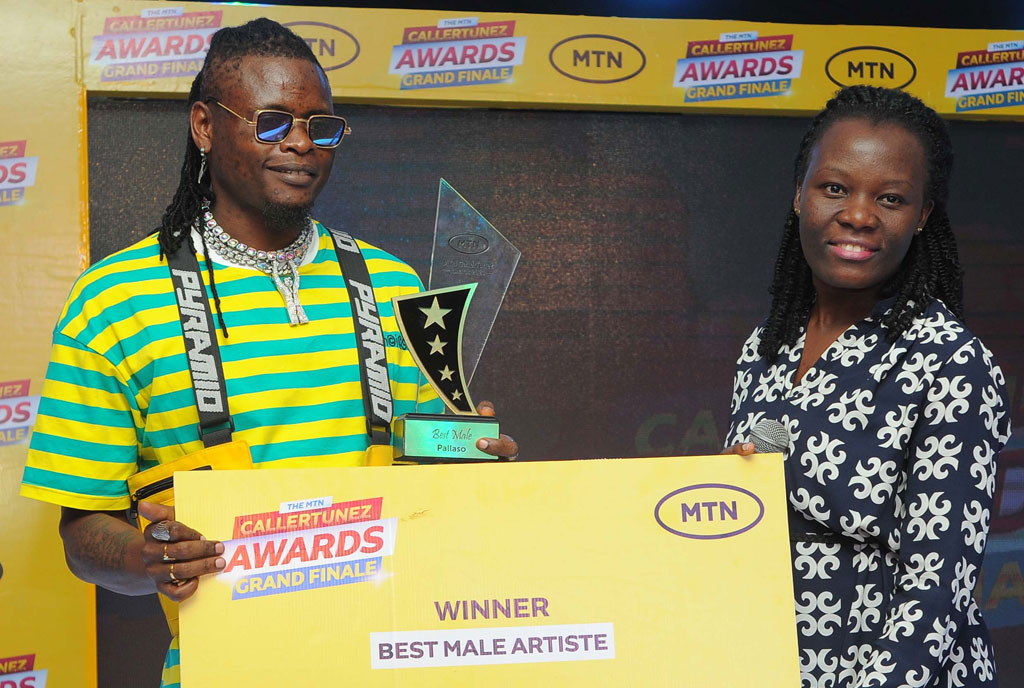 Music awards have come and gone. Usually, most of them face almost similar challenges before closing shop. This has however not stopped others from taking on the initiative.

in regards to this, singer Pallaso seems to know the biggest challenge and has advised awards organisers to add cash prizes to the accolades, which is a rarity in most music award arrangements.

His suggestion was echoed by singer Spice Diana who explained that an award that comes with money is more meaningful and encourages an artiste to work harder.

Pallaso, who believes that there should be more to an award, says that musicians invest a lot in music that a mere trophy doesn’t add value to the artiste. Not sure whether it is about money, most award arrangements in Uganda have always faced disapproval from artistes. Recently, musician Spice Diana threatened to sue local awards organisers who nominate her without her permission

The two said this at the 2021 MTN Caller Tunez awards at Serena Hotel Thursday where their music was announced the most downloaded as caller ring back tunes for the year 2021.

At the event, artiste with the most downloaded Caller Tunez in a month from July to December 2021 was rewarded with Shs2m while the artiste in the Rising Star category would take home Shs1m. Pallaso, Spice Diana, Liam Voice, Martha Mukisa, Pia Pounds among others are some of the artistes that were rewarded during the awards.

Liam Voice’s Omwooyo took the nod for the RnB category while Martha Mukisa and Kenzo’s Sango held the top position under Ragga/Dancehall.

With each of the winners walking away with Shs2.5m, categories include Kadongo Kamu (Band), Afro Beat (Pop), Hip Hop (Lugaflow), R&B, and religious and dance hall (raga & reggae).).