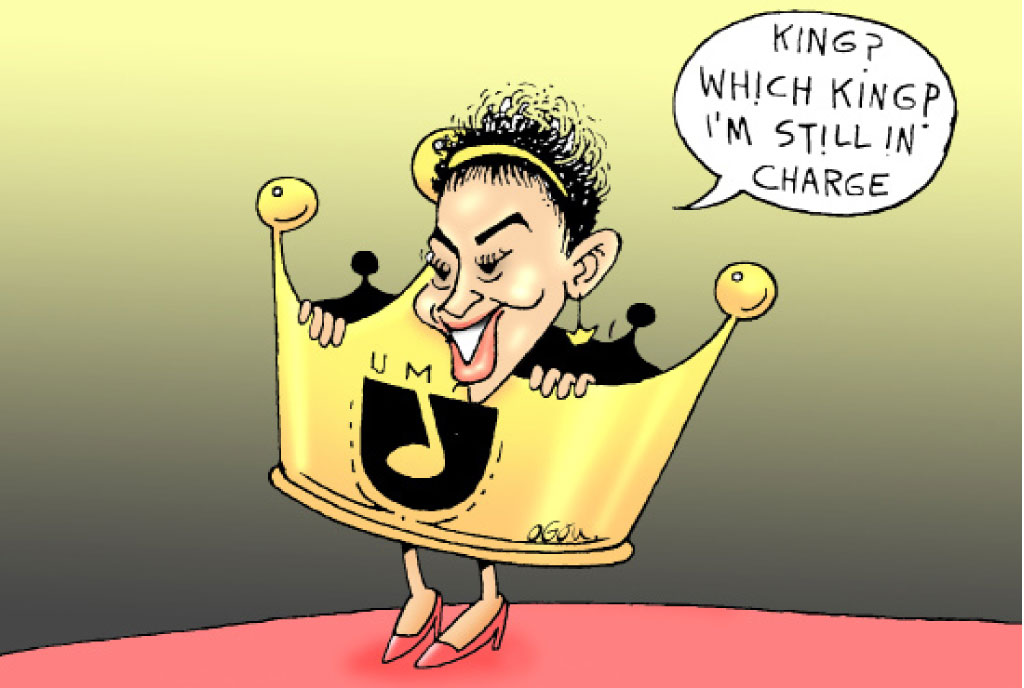 Changing guard: The Uganda Musicians Association (UMA) is a body with an objective to promote unity among musicians, organise the music business and facilitate a collective perspective for members to achieve a common goal. The body will be electing new members to steer the association next month. Isaac Ssejjombwe looks back at the five years of its existence.

Uganda Musicians Association (UMA) did not start as UMA initially but as Save Ugandan Music, an initiative of singer Jose Chameleone in 2017. At the time, Nigerian music was receiving a lot of airplay on Ugandan media and promoters had started flying in Nigerian artistes for performances. With this, Chameleone felt compelled to do something about it.

He met radio presenter Isaac Katende, alias Kasuku, and made a strategy to convince the stakeholders to have a change of heart. His strategy was to meet bar owners, media owners and presenters and journalists.

“Towards the end of 2017, Ugandan DJs were playing a lot of Nigerian music and Nigerian artiste managers had started coming to Uganda and paying them to promote their music by paying DJs. Chameleone told me to find a solution to the problem and suggested that we start an organisation to promote our own music. He suggested that we visit different stakeholders, starting with bar owners requesting that they play more Ugandan music, then DJs, then TV and radio presenters,” Kasuku recounts.

They met at Club Rouge along with King Saha and went to meet Elvis Ssekyanzi, the then proprietor of Club Silk, then Casablanca in Kololo and Cayenne. But unfortunately, they did not find the owner. They later went to Riders Lounge in Bugolobi along with Weasel and King Michael. 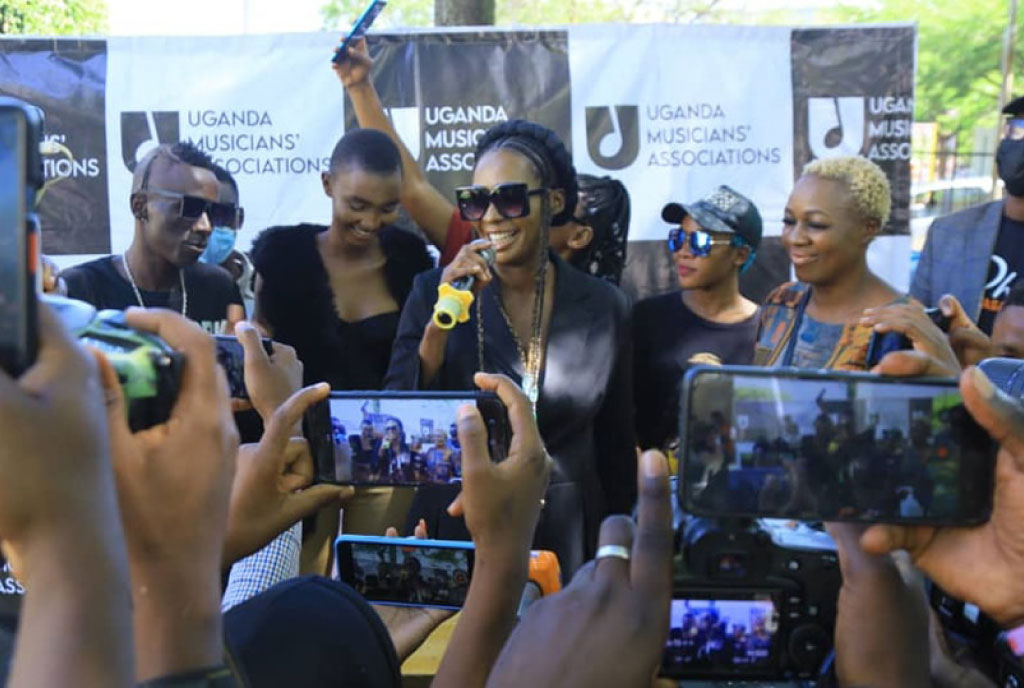 “The owners of the bars that we had visited agreed to our request of their bars playing at least 70 per cent of local music. Later in the day, Chameleone called me, saying the owner of Cayenne had returned and suggested that we start a WhatsApp group, ‘Save Ugandan Music’ and he started it with Kin Karisa, Innocent Nahabwe, among others. But Fifi Da Queen went astray, forcing some people to leave the group. After three days, Eddy Kenzo started the copyright discussion and Chameleone told them the idea of the group was for bar owners, presenters and media owners to sit and find a lasting solution to promoting Ugandan music as a unit and when that was achieved, they would then look at other things in due course. But Kenzo’s diversion had already caused commotion among the members in the group.

In October 2017, artistes, managers and different stakeholders decided to have a meeting at Laftaz Lounge in Centenary Park, where they would find solutions to their music getting enough airplay and elect members but the agenda changed after the late Mozey Radio attacked Edward Ssendikadiwa, aka Eddy Sendi, claiming that he is part of the Uganda Performing Rights Society (UPRS) team that is troubling artistes. He forcibly grabbed the microphone from Sendi, who was addressing them that the problem at that time was not copyright but to join UPRS for a greater cause and to influence their business.

Radio told all musicians and their representatives that they were not willing to be under the control or influence of outdated musicians.

When calm was restored, Julius Kyazze was elected by musicians, DJs, journalists and entertainment stakeholders to steer the then newly created Uganda Musicians’ Association, an offshoot of the “Save Ugandan Music” campaign as the chairman, deputised by Angella Kalule while Sylver Kyagulanyi was voted the secretary. Other members on the committee included Douglas Lwanga, King Michael and A Pass, among others.

Change of leadership at UMA

Barely a year as the chairman of UMA, Julius Kyazze stepped down due to personal reasons.

“Today I stepped down… offering leadership to some of Uganda’s most talented men and women. This  will forever be one of my fondest experiences. Unfortunately personal commitments have robbed me of time to serve the association to the best of my ability,” Kyazze stated.

When contacted recently about the plans of the association then while he was chairman, Kyazze told us that it was collective bargaining.

“The goal was and I want to believe is still collective bargaining power. The industry historically had been marred by constant fights and divisions which hindered any progress. With a collective voice, the team and I hoped we would at the bare minimum be able to drive forward conversations on legislation, skilling in creative arts and a fair share of returns from our intellectual property. In the early days we managed to put pressure on UPRS and the eventual restructuring that followed. There is still work to be done,” he said.

He also added that he left a strong constitution in place that has allowed the democratic change of leadership several times after he left but still serves on the policy board that offers guidance to the leadership of the association.

After Kyazze, Isaac Rucci took over as an interim president of the association but like his predecessor, he threw in the towel and told us his reasons for leaving were mainly because of Covid-19.

“I was an interim president but Covid-19 disrupted me and I planned on moving to DRC for business, so I had to leave that position. I knew I could not serve but I am here to guide and advise on the board,” Isaac Rucci said.

Then came Sophie Gombya but she also tendered in her resignation for career reasons. She wanted to concentrate on politics and indeed she contested for the Woman councillorship seat in Kampala Capital City Authority and since she was expected to resign, she handed over office to her vice president Ykee Benda.

On September 8, 2020, UMA elected new leaders, with Ykee Benda appointed the president while Cindy became vice president and the swearing-in ceremony was held at Mestil Hotel, with different stakeholders in attendance.

However, it was not long before Ykee Benda also resigned, citing lack of transparency and other intentions from the people he was working with.

“I’m a former president of this association that I dearly love and belong to, but the reason I had to leave office was because most of the people I was working with were not transparent and their intentions were far away from the core goals of the association, some had personal interests of getting money from the government for their own good, not the industry. Something that I failed to agree with because in the end it would come back to me as a president and also it wasn’t benefitting me as an active musician,” he stated.

Ykee Benda was replaced by Cindy Sanyu who has been steering the association until to date.

According to Isaac Rucci, the official tenure for leadership at UMA is two years and then elections held, which is the process they are going through for next month’s elections. “People are choosing their own leaders. Candidates have campaigned, presented their manifestos and shown interest in leadership and this election is one to look out for.”

The formation of UMA Board

After Covid-19 hit the world, a UMA Board was named to advise and supervise in order to re-align people so that they do not run wild according to Rucci who is on the board which consists 14 people, including Halima Namakula, Mesach Ssemakula, A Pass and Moses Matovu, among others.

“We believe there was a need. From the inception of UMA, we saw the growing pains we were going through just as any other organisation and we needed ways to strengthen the backbone that carries everything,” adds Rucci.

During their term in office, Sophie Gombya and Ykee Benda played an active role in lobbying the government to appoint a commission of inquiry into the Uganda Performing Rights Society (UPRS). They also launched a welfare fund of musicians and campaigned for artistes to register with the association.

On September 12, 2021, UPRS held its first AGM since two of its officials were suspended in July by the Uganda Registration Service Bureau (URSB) for alleged mismanagement of funds and remittance of royalties and since then, UPRS and UMA started working closely to ensure that artistes are remunerated for their work.

Asked whether the association is heading in the right direction, Rucci said it is.

“It is definitely not static, it has grown. It is not the same UMA of 2017. Being in the middle of it is undeniable. The movement, traction and excitement, good, bad and ugly are a sign of steady and consistent growth,” he said.

UMA signed a resolution affirming to the formation of UMA and six other associations. On November 6, 2021 UMA empowered its Elgon Region Cluster in Mbale with a cheque of Shs2m for capacity building while other members have been receiving money through their Sacco despite not getting royalties from UPRS yet it is their collective body.

Mr Anthony Mwanda, the CEO of UPRS, says they are still in a restructuring process.

“We are not yet paying artiste royalties because we are in the restructuring process which began two years ago and has just resumed following lifting of the Covid-19 restrictions and our payment plan upon building internal capacity, attracting the right talent and determination of used works, we shall be able to pay royalties. They are paid on usage,” said Mwanda.

According to Kyazze, the association and its members need to appreciate that it serves not only musicians but also other players who have a stake in the music business. Once that is understood, then leadership should be opened to whoever is able, not just who has which songs.

“The association has many options for leadership and some of them are managers, producers who might have very strong credentials and leadership experience but they do not have the popularity musicians have.”

“These artistes are members of UMA out of choice. We have talked to them about the power of collective bargaining and although the benefits are longterm, they are easy to see. I encourage more artistes to join because they are more powerful together than not.”.