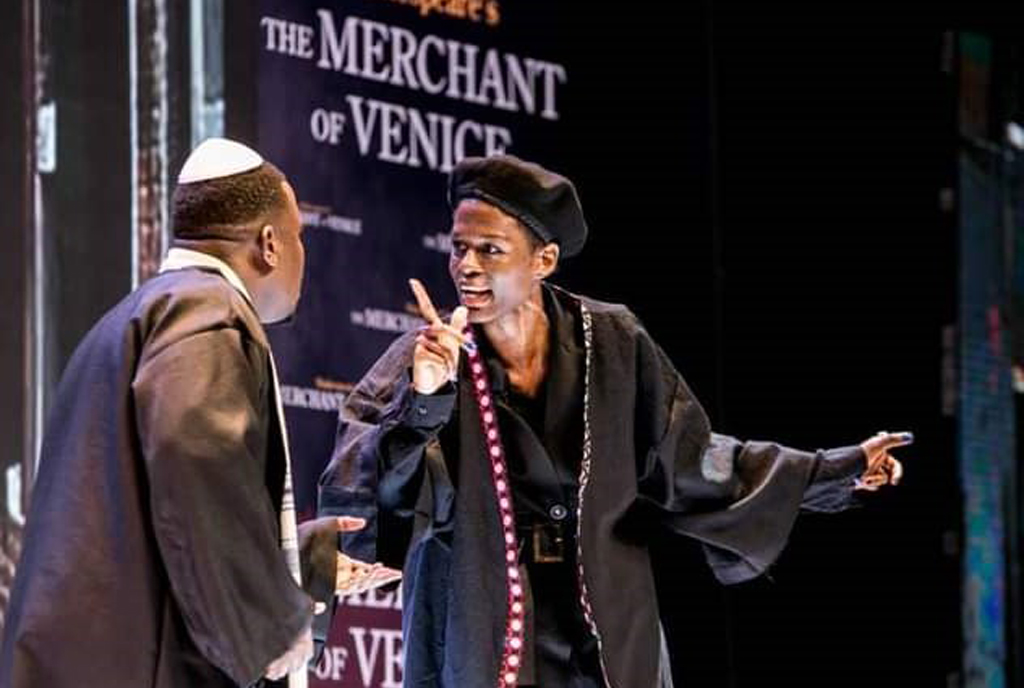 The Merchant of Venice came alive in Kampala. And it was not just an ordinary staging of the classic, it was theatre executed to its best.

The Merchant of Venice is one of the finest William Shakespeare plays. And it is not simply for the number of themes it represents such as friendship, love and generosity but even for the fact that it is such an enjoyable piece of art.
In a snap, the play is about Antonio, an antisemitic merchant who takes a loan from the Jew Shylock to help his friend court Portia. Antonio cannot repay the loan, and without mercy, Shylock demands a pound of his flesh.

In the past few weeks, The Merchant of Venice came alive in Kampala. And it was not just an ordinary staging of the classic, it was theatre executed to its best. But to appreciate the dynamic nature of the play and the cast at hand, one needed almost a 360 view of the production; for instance, the opening show at Serena Hotel, Kampala brought pomp and glitz, but it was the shows at the National Theatre that were theatre gold.
But you cannot fault people for trying . Lately, almost all performers hunger for shows at Kampala Serena Hotel’s Victoria Conference Hall for the status it may present, thus, the opening show of The Merchant of Venice at the venue was not a surprise. Yet, just like many theatrical shows held at the venue, this too had challenges, especially with sound.

But then the show went to the National Theatre. The venue could be gathering more dust even after all Covid-19 restrictions were lifted. But what cannot be taken away from it, is the fact that it is our Apollo Theater. Shows feel different at the National Theatre and so did The Merchant of Venice.
Like most theatre shows, this had a large cast. You had the main cast, then their understudies, to those that simply shared roles for the purpose of the production. For instance, Joseph Atukunda, a mental health activist and founder of HeartSounds Uganda, kick-starts the role of Shylock, yet it is another actor, Patriq Nkakalukanyi who acts in many of the closing scenes.

The roles of Portia and Nerissa were brought to life by Sarah Nansubuga and Evelyn Mirembe. On other occassions, the roles were done by Pamela Keryeko and Denise Njama Meya.
Each of the pairs were different in the way they executed the two roles yet both did justice to the parts. Nansubuga and Mirembe, for instance, had more of a friends or sisters approach to Portia and Nerissa. Then Keryeko and Meya, their version were friends and confidant but still maintained a Lady-handmaid line between them. 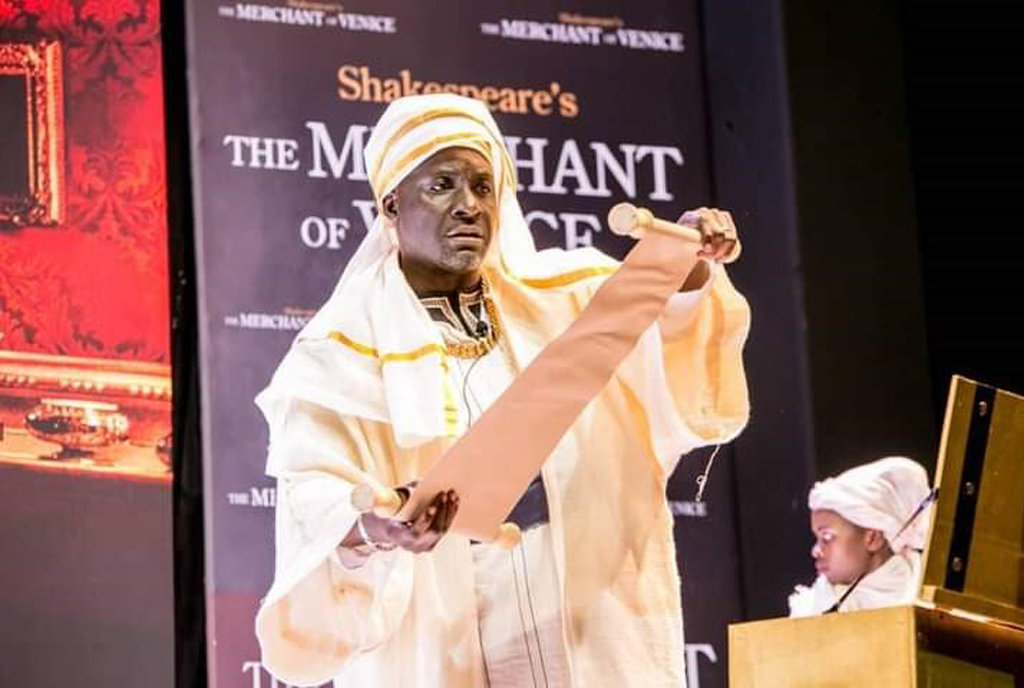 The rest of the cast too was doing a tremendous job, while many such as Nkakalukanyi and Brian Byabakama, two screen actors proved they have range. We were also able to see a lot of talent that is yet to be tapped by our screen producers, especially at the time they are decrying a lack of talent.

Singer Sam Kimera was a surprise, especially for an audience that rarely flocks theatres when church dramas are staged. Over the years, he has mastered putting his music to the stories he is cast, something that may actually take him far.
The Merchant of Venice was produced by Kenneth Kimuli, alias Pablo and Karen Hasahya Kimuli, as a project intended to shed light on mental health.
According to a statement shared in the production catalog, Atukunda, in the mid ‘80s at Buddo, embodied the role of Shylock and nailed it. After the performance, he started battling mental health issues but despite how traumatising this was, he never forgot the text from his Merchant of Venice script.

Atukunda’s greatest desire was to always act as Shylock one more time.
Under the patronage of Justice Mike Chibita, a project to see his dream come true was birthed.
The shows that eventually ended on Saturday, may have been the most successful theatre shows the National Theatre has experienced in a long time. With many of them selling out days to the actual show.
akaggwa@ug.nationmedia.com