The different types of Ugandan hells 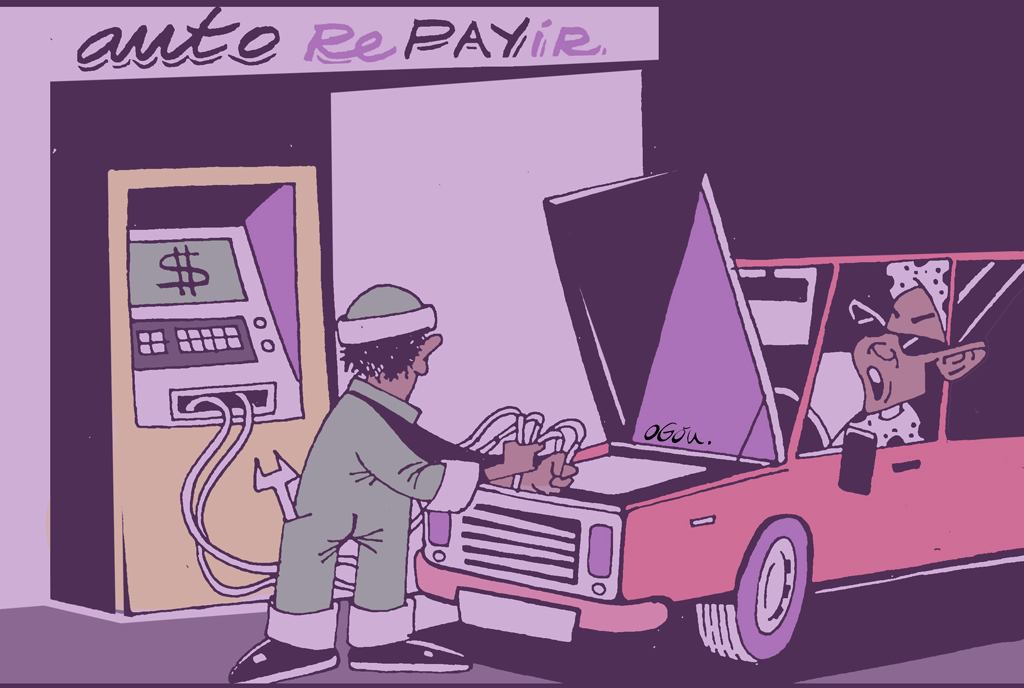 Endless: Uganda is full of many hells. When we were much younger, hell was some place, something reserved for those who had indulged in evil. It was a place for the dead, for the living, just a pigment in their imagination. Now that we are older, now that we have lived through Uganda, we realise hell is a place you buy on earth, it is a state of being a condition to which we subscribe, one can belong to many hells. And in Uganda, the hells can be endless.

If there is a hell to be feared, then it is the hell that comes with building a house in Uganda. It is hell that fans fire in increments. It builds up pressure then eats you up peice by peice, coin by coin. To build a house in Uganda, one must buy land. And if you have bought land in Uganda, then you can survive anywhere in the world.

The first question often is, “Is it titled land?” But wait a minute, it does not matter how well you answer that question. Someone will still show up with a title as genuine as the one you hold. It thus goes without saying in Uganda, that once you buy land, you must embark on development at the earliest. For those cleverer in this game, you proceed to place a caveat on your own land. You basically prevent anyone (including yourself) from pursuing any activity on this land.

But let’s assume the land question is settled. Do not fall for the temptation of building your house. The moment you do, you will unlock a new level in this hell. The day you trust someone called a Ugandan ‘yinginiya’, that is the day you make a pact with hell. Most corporates became poor the day they decided to build a house. The ‘yinginiya’ will convince you of a cheaper way to do everything. In hell, everything is cheap until it is too late to jump out.

They will even convince you of the flat roof and how it is cost-effective compared to the pitched roof. Do not fall for the scam. You will be dealing with leakage after leakage for most ‘yinginiyas’ have no ability to construct flat roofs. Your ‘yinginya’ will convince you that the chaps who went to Makerere and Kyambogo to study civil engineering and architecture are useless. Until one day you wake up to a toilet right inside your kitchen.

And in this hell, costs are never made clear upfront. You are convinced to first bring just some ka-10 million for the foundation. You will see the excavation, the hardcore, then the concrete pour. In the middle of the pouring, the ‘yinginiya’ will ask for a ka small Shs4m for more cement. By the time you get to the superstructure, to the finishes, you will know why only chaps renting apartments can afford to reserve tables at Bandali Rise. If you want peace in life, go slow on building. Do not be convinced by your Kasokoso friends that there is a cheap way to do it, professional construction is expensive. Anyone with a shortcut is someone leading you into a lifetime hell.

Ugandan mechanics have fallen in love with Ugandan car owners who pretend to know yet it is all clear they are clueless. A mechanic will always give you the same rope by which to hang. Most Ugandans are in hell because they never go a month without a visit to the mechanic. There is always something new.

One day when car owners in Uganda hold a meeting and discuss how much they have spent in maintaining their cars, they will realise it has been hell all along. They will be shocked that they were all told the same lies, they kept replacing things that were totally unrelated to their cars. Imagine a Ugandan dealing with a carburetor issue in this age. That is impossible. Imagine a Subaru owner having no idea about a CVT system!

Bandali is the home of vibe. Bandali is where you go to get a feel of the best of Kampala nightlife. Bandali is the street for those who have gotten a semblance of arriving. Yet, Bandali is also a mini-hell. Bandali is special, it is the only hell where Ugandans willingly struggle to enter through its doors. For this hell, Ugandans will fork out everything in their pockets for a chance to belong.  There comes a time in a human’s life when they must become aware that they are in hell. For why a man would wake up every day, face grid-locks of traffic jam, go through mind-numbing work, face off the terror of marriage and then couple this with a struggle at Bandali Rise. Why would a man struggle to spend his money? Why would a slay queen pay to be a slave? At some point, the cost of vibe in Uganda outweighs the benefit of the vibe. Why would someone have to suffer with diluted cocktails? Why would someone plead for a place to sit? And then jubilate through all this torture? This is no addiction, this is hypnotising hell.

Back in the days, in the yester years, love was a sweet thing. Love could buy everything. Love knew not money, love knew not location. Love transcended everything. Then came money, then came conditional love and suddenly the sweet old love was gone.

Most people in Uganda are paying to be loved. If you must organise a birthday shower, then throw a surprise birthday, you are in hell. If you must fund a bridal shower, fund a wedding, if you must do this, then you ought to jump out of hell. Of course, not forgetting women who’ve funded their own Kukyalas and Introduction ceremonies.

It is only in Uganda where women are sitting on big secrets. One day, several women will confess that they paid their own dowry. But if a woman must do this, that surely should be a red flag.

In Uganda, people pay to be happy. After all, what’s life if you have nothing to post on your whatsapp status update? What’s life if you can’t stress everyone to fulfill their pledge for your wedding? We wouldn’t mind people suffering in their own hell, but if this hell involves a co-opting option, then it’s a hell from which we all must escape. Why should people fund your introduction ceremony? Why should people start off marriages in debt? Do we then not wonder why our marriages can’t stand the test of time!

In this article:artistes, Celebrities, Fashion, featuredpost