Julia was inspired by her father 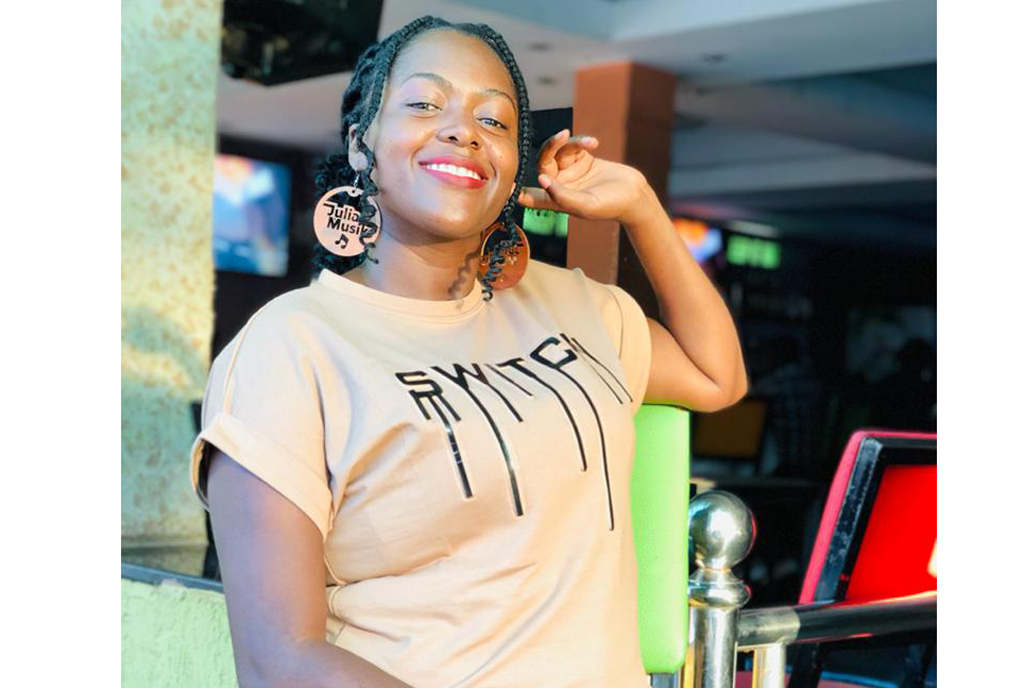 TAKING NOTES: If you had one question to ask Julia Tugumisirize about her music career, she would tell you her father’s radio cassette because it is from it that she was inspired to do music as she shares with Rajab Mukombozi.

I am Julia Natukunda from Rugongo, Karungu in Buhweju District. I went to Masheruka Modern Primary School, Bweranyangi Girls for O-Level, Trinity College, Kabale for A-Level and Makerere Business School for a Bachelors of Procurement and Supply Chain Management. We are six children and I am the fourth born.

What inspired you to join music?

Growing up, my father had a radio cassette where he would play country music and some raggae by Lucky Dube. But personally I admired Dolly Parton and I would even miss Sunday services to listen and learn her songs. That is how my love for music started.

When and how did you start?

I started music in the school choir when I was in Primary Six at Masheruka Modern Primary School. I joined the school choir in my S.1 and offered Music as a subject both at O and A-Level and I scored an A at A-Level. At the university we had a live band and we would perform at different functions.

What kind of music do you do and how many songs have you released so far?

I do RnB and Afrobeat. I have released four songs so far and recorded two others. But my hit songs are Disco and Dating, which was my breakthrough song. It was on howeebiz’s top 20 and people got to know Disco because of Dating.

What keeps you going?

Hope and faith that one day the world will listen and appreciate my music. Being consistent and releasing quality music. Through music I have cultivated relationships with people of all walks of life, including the elderly. These have become part of my strength and encouragement. My fans too. My music getting airplay in the media, especially at national level keeps me inspired.

How do you balance your profession and music?

Right now I am concentrating on my music journey, but I plan to get a job in the coming years, although this won’t let me abandon my music talent because it is where my heart belongs.

What are some of the achievements since you joined music?

I am yet to achieve what I want because at the moment the little money I get, I reinvest it in boosting my music career. But since I joined a live band, I can proudly say my voice has improved and I have managed to mingle with all classes of people.

What challenges have you faced since joining this industry?

The challenge I have faced is that people do not give respect to talent. They think people who should earn respect are the ones in offices.

Where do you see yourself in five years?

I am a strong believer in God, so I will let him take me through the five years but I will do it somewhere better than where I am today.

Do not be overtaken by fame, keep grounded in the values and principles that guide your life.