I have auditioned for everything - Cleopatra 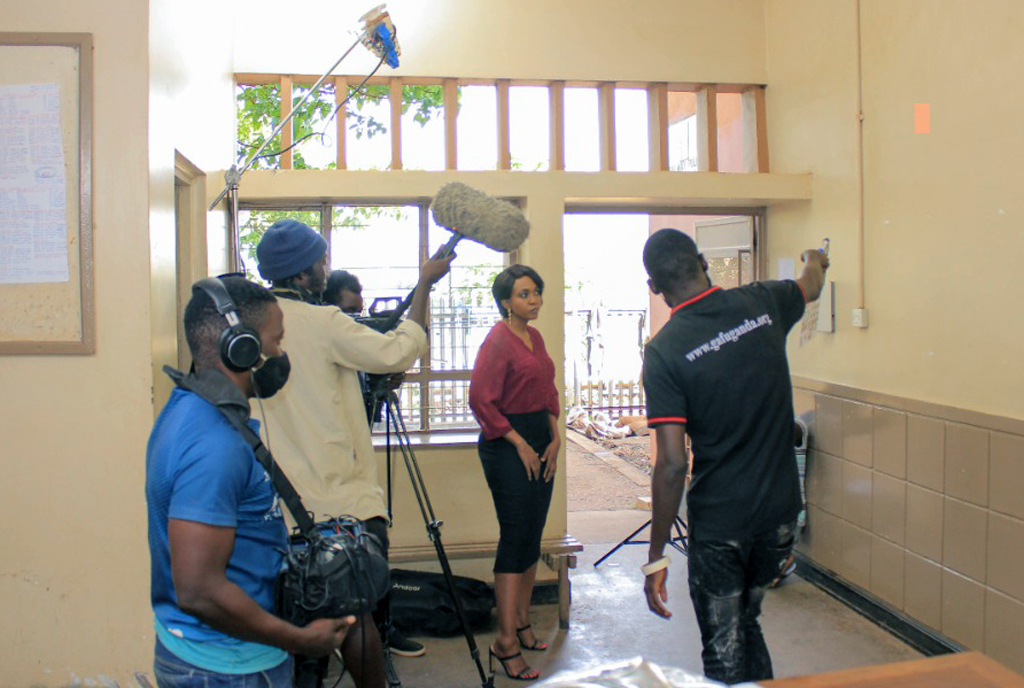 At the height of the lockdown in 2020, it was a privilege for an artiste to have a job that could pay bills. Yet, it was at the time that actor Cleopatra Koheirwe decided to quit her job as a public relations manager at Star Times to concentrate on what she loves; acting.

Since then, Cleo, as most call her, has gone from being a media personality to a 40-something-year-old advertising mogul, mother of a 25-year-old and teenage daughters. In the fictitious world of Pearl Magic Prime TV show Prestige, Cleo’s character Eunice Kintu has gone through it all, near death experience, betrayed, cheated on, surprised, won some, lost many, plus a little more cheating and betrayal. Prestige is one of the local murkiest sagas on premium TV.  Even when you may be an experienced actress as Cleo, it is such a learning curve.

“I have learnt a lot on the show, I feel Like Eunice is preparing me for running a big business and being a mother of a teenager,” Cleo says adding that she’s a mother of an eight-year-old.

But Cleo’s career is one that has been built on different lessons and decisions. Sometimes she picked these lessons after making mistakes.

At the beginning of the new millennium, Uganda’s show business was taking shape. Moses Ssali, alias Bebe Cool and his friend Joseph Mayanja alias Jose Chameleone had returned to Uganda from Nairobi. The two were hell-bent on outdoing each other and in the process, gifting Ugandans with memorable music.

Big sponsors were gradually beginning to appreciate what local artistes can do to push brands yet on the other side of the coin, two men were also making moves.

Roger Mugisha was big on his Shadow persona and thus had created a troupe of, well, dancers-ish, Shadows Angels. The other man was Ronnie Mulindwa, straight out of high school with friends, they had gone on to start a dance troupe, Obsessions.

Obsessions had revolutionised performances around Kampala. Neither a cover band nor real singers but they managed to bring to life popular songs, especially those done by boy bands such as West Life, Backstreet Boys, Blue and Nsync.

When the Obsessions boys showed up at events with their head wear type microphones, for the crowd that had only seen this on award video clips on WBS TV’s Jam Agenda, the boys were creating an experience worth everything.

The boys in the Obsessions were a big deal.

“We used to like watching international shows and award shows, we used to give a feel of watching a Hollywood show, it was always stellar,” she says.

Obsessions and other things

But that was before Cleo officially joined. In fact, at the time, she was watching on the sidelines, but by 2002, she was a member.

“I joined the Obsessions towards the end of 2001 with the play Cleopatra, I did a lot of the research and pleaded with my guardian to let me be part of it. He said it was okay  since I had started university but insisted that I needed to focus on my studies,” she says.

Today, Cleo has transitioned from dance and theatre, which she did with the Obsessions. Over the years, she has aligned her dreams in media where she has worked for print media, TV, and Radio.

Her writing started with poems that she would show to Andre Ringen, a freelance photographer that had fallen in love with Uganda. 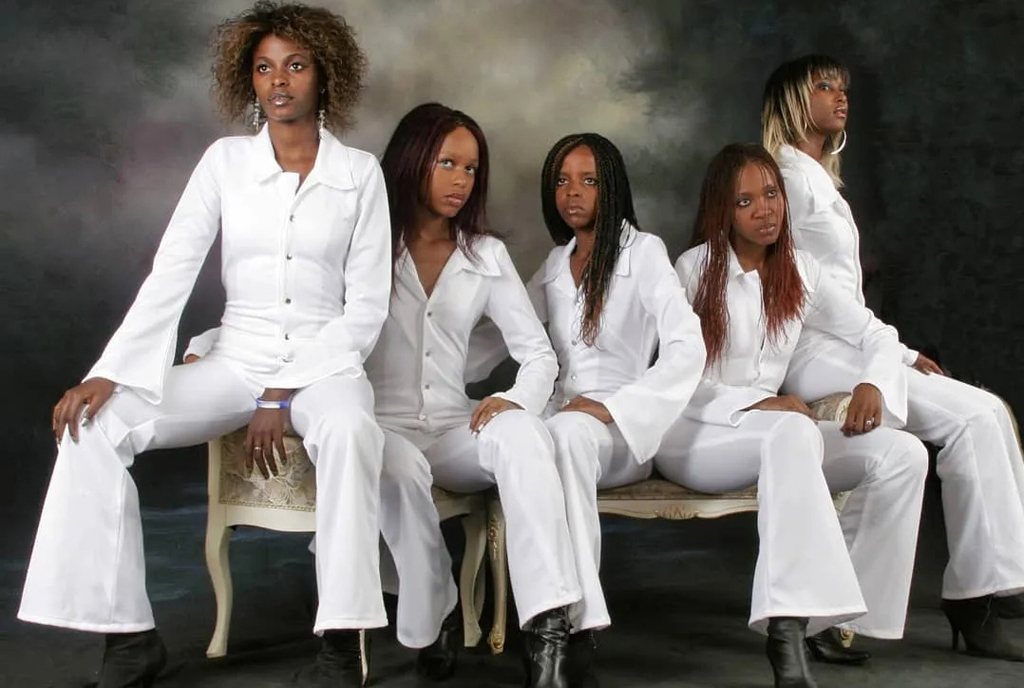 The dancer. The days Cleopatra was part of the girl group.

He had lived around for some time and played a big role in the production of Klear Kut’s first music video, All I Wanna Know, Ringen directed the video and asked Cleo to be part of it.

“I was in that video but, I was also very shy, I had not actively started performing with the Obsessions. I knew them, I would travel with them to schools at times sneak into their performances but never took pictures with them because I did not want my guardian to see them,” she says.

Years later, when Ringen became part of teams that started Zenji, magazine and later African Woman, he courted Cleo to be on his editorial team.

It is almost the same way she got into radio and TV, for instance, she was hosted on Capital FM  by Hakeem the Dream, and the producers liked their vibe.

“They asked Hakeem to keep hosting me for the rest of the week. What I didn’t realise was that I was being tested,” she recounts.

But then, she also found film through Joanita Bewulira, one of the casting directors for The Last King Of Scotland. Bewulira told Cleo about the film. She was later one of the many Ugandans that queued at the National Theatre to get a role.

Her next role too came from the National Theatre, then they were casting for a TV show, Changes, a production of M-Net whose primary photography and production was in Nairobi. As many would say, after Changes, the rest  was history.

She has auditioned for many of her best roles, for instance, for Sense 8, Cleo had acted with Nini Wacera in Changes and Kona. Wacera being the casting director, she reached out to Cleo noting that there was a role she believed she could do.

“At that time I had travelled back to Uganda trying to process my paperwork because I had to travel to the US for film training, Hollywood in Focus, so it was a trick getting that Netflix role. There was a lot of back and forth, sometimes I would be on a bus and they tell me the director was coming on a different day,” she says adding that she wondered if she would ever get the role.

“I did a couple of auditions before I was confirmed. I did that role and Sharpe Ssewali was in Sense 8 as well,” she says.

For her role as, Hope the deaf girl in Yogera, Cleo had to learn how to shut the world out and not respond to her name when people called. Mugisha, being a guerilla filmmaker at the time, most of the locations were not secured, in fact, most Ugandan filmmakers at the time were guerillas.

“There is a scene we shot at the bus park, he only talked to a few guys and we started rolling. I walked through the park with a piece of paper that had the information I needed and people kept saying, “Bambi kasilu….(she is deaf)”,”she says.

Cleo says being on Yogera boosted  her acting career. Today, she can easily concentrate even on a noisy set.

“After that film, my character internalisation became easier, I am not that kind of actress that gets distracted because someone is saying something on set, I only get distracted when someone is in my eye line,” she says.

Yogera, a good film, did not go to the public as much. Cleo believes this may have been because the director is a perfectionist; “It’s like he did not let the film go.”

When Cleo resettled in Uganda, she worked as a presenter on Radio City, later, joined Star Times’ communications department. She worked on a few Ugandan projects but most people were afraid of working with her, they thought her pay grade was high.

“I learnt later that the Ugandan budget was terrible. This was 2016. You know, I am so proud of Uganda right now because we have done so much in such a short time,” she says.

When Cleo worked in Nairobi, most Ugandans thought of her as Kenyan. Many people were surprised she had quit a corporate job for acting.

But the role of Eunice Kintu on Prestige was the reason. Eunice may become the role most Ugandans know Cleo for; she is a smart businesswoman, betrayed by many people she trusts but also makes silly mistakes as a mother. 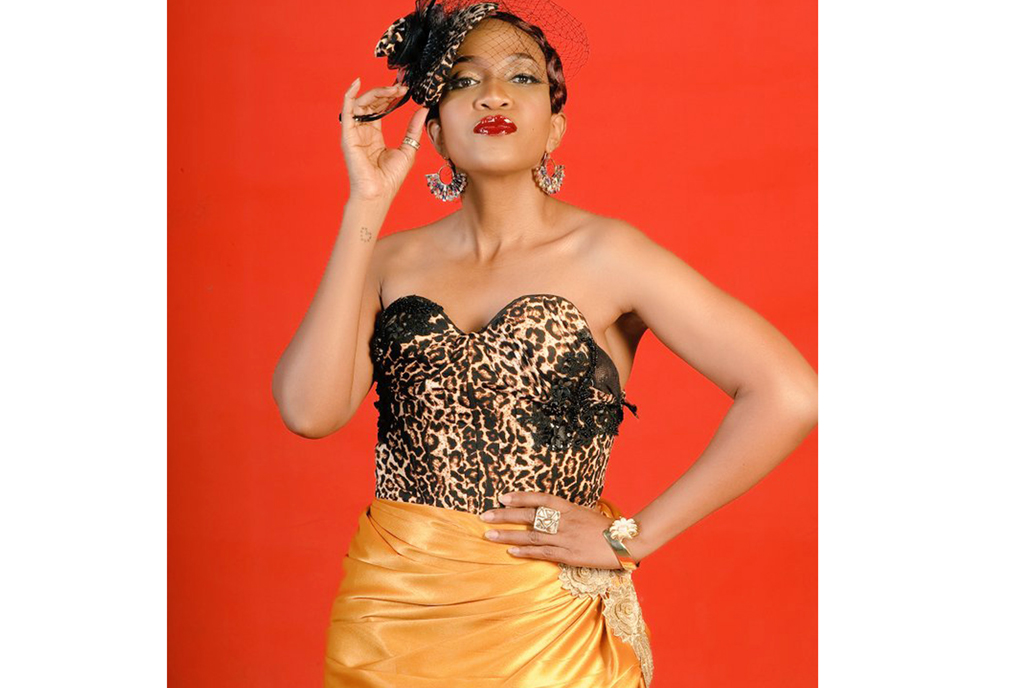 “Many times we get roles that have similarities with our lives. There are things I share with Eunice though I would not want to be in her position,” she says.

She says things take a toll, especially when writers put very relatable things in the script and she has taken roles back home with her. “I had to learn how to snap out of it, I listen to something happy or funny and I talk to people, it helps to decompress,” she says.