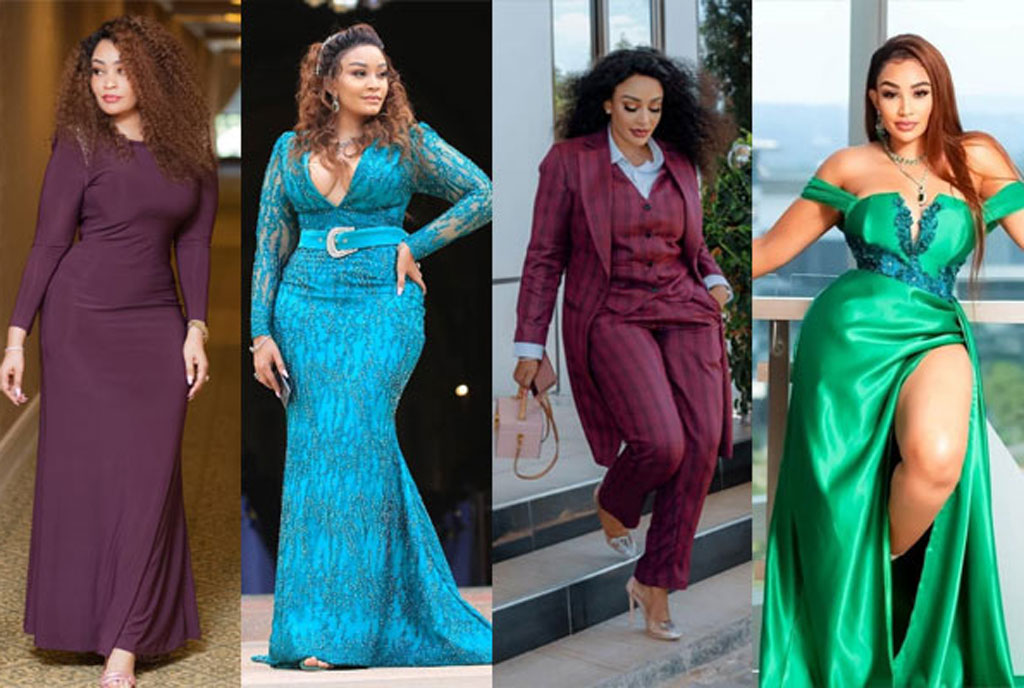 If you are the kind that keeps tabs on pop culture, you must have joined the long line of viewers awaiting the second season of Netflix’s Young, African and Famous. The show that premiered last week features a number of celebrities across Africa, and Uganda is represented by socialite Zarinah Hassan, alias Zari the Boss Lady.

While the drama on the show is in no shortage, her looks will keep you glued on the show. Today, we explore Zari’s style, who is serving some enviable style options on the show.

No such thing as dressing down

Zari knows that she has to steal all the attention when she steps into a room. One thing about her is that she dresses to the nines, regardless of where she is going. Whether she is dressing for business casual, or hitting a red carpet, chances are it will be more than her presence that will be causing all the buzz in the room. There is never a hair out of place with her.

Back in 2012 during the Oscars, actress Angelina Jolie showed up in a black strapless gown by Versace. What would have passed for an ordinary look became a fashion moment when the actress stuck her thigh out of the thigh -high slit on her dress, creating the now famous fashion moment. Zari is definitely going after that crown, as she has been seen rocking this look more than once, if not with all her gowns and dresses. Remember her red number by designer Gert Johan Coetzee at the 2019 edition of Miss Uganda? Then there was the green moment for her appearance as a judge on a show in South Africa. The reality TV star is making it her signature style.

Versatility is the weapon

As depicted on the show, we see how well Zari is able to dress and show up for the different scenes created. For instance, during the Arabian Party scene, she seemed to have been the only cast member who was dressed right for the party. And we see how quickly her looks change as the show rolls on. Even with her daily style, we see how well she puts her looks together, and appropriately for a red carpet, showers, brunches and even a yacht moment.