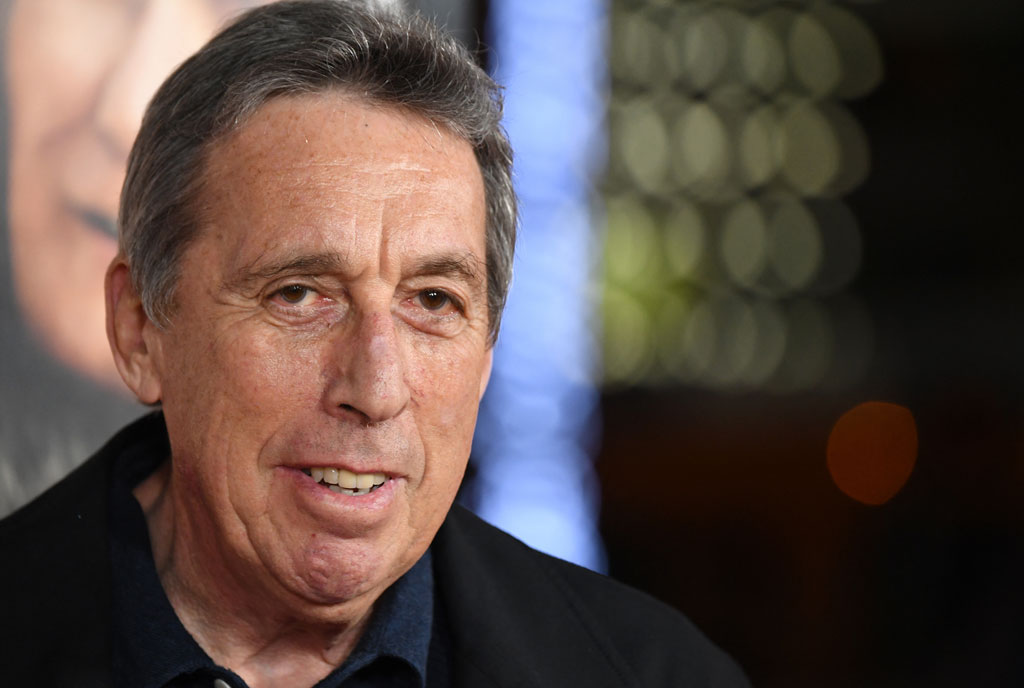 In this file photo taken on December 13, 2017 producer Ivan Reitman attends the premiere of “Father Figures” at the TCL Chinese Theater in Hollywood, California. . PHOTO/AFP

Ivan Reitman, the acclaimed producer and director of comedies such as “Ghostbusters” and “Animal House” which influenced a generation of movie-goers, has died aged 75, with Sony Pictures paying tribute Monday to “a great talent and even finer man.”

“Tonight, the lady with the torch weeps, as do all of us at Columbia, and film lovers around the world. Ivan Reitman was an inseparable part of this studio’s legacy, but more than that he was a friend,” Sony Pictures CEO Tom Rothman said in a statement posted to the studio’s Twitter account.

“A great talent and an even finer man; he will be dearly missed. We send his family all our condolences.”

AFP has reached out to Reitman’s family for further information.

The news ignited a wave of tributes, including from some of the stars of 1984’s “Ghostbusters,” one of the most popular comedies ever made.

“I am deeply saddened by the loss of Ivan Reitman. Truly a great man and filmmaker who I had honor and privilege of knowing and working with. Deepest condolences to Jason and the entire family,” tweeted actor Ernie Hudson, who played Ghostbuster Winston Zeddemore in the original and its 1989 sequel, and had a cameo in the 2016 reboot.

He was referring to Reitman’s son Jason, himself a popular director of films such as “Juno” and “Ghostbusters: Afterlife.”

“I’m in absolute shock,” tweeted Paul Feig, who directed the 2016 reboot with an all-female cast of Ghostbusters.

“I had the honor of working so closely with Ivan and it was always such a learning experience. He directed some of my favorite comedies of all time. All of us in comedy owe him so very much. Thank you for everything, Ivan. Truly.”

“Ivan Reitman was old school in the best way, and kind. I loved working with him. It’s sad he’s gone, it makes me feel older and like my childhood movies are more faraway than ever. RIP,” tweeted actress Mindy Kaling.

In his decades-long career Reitman produced and directed films which helped establish major comedic stars such as Bill Murray, who as well as starring in “Ghostbusters” also starred in Reitman hits “Meatballs” and “Stripes.”

Reitman produced the 1978 hit “National Lampoon’s Animal House,” which became one of the most beloved and chaotic depictions of the system of fraternities and sororities in US colleges.

But it was “Ghostbusters” which launched a Hollywood dynasty, with the story of four men dressed in a version of firefighting gear tackling marshmallow monsters and slimy green spirits in a bid to save New York from a supernatural takeover spawning decades of sequels and reboots.

The iconic outfits worn by its four stars remain one of the most popular and recognizable Halloween costumes to this day.

His Jewish parents survived the Nazis but, four years after his birth, fled Czechoslovakia to escape communism.

They eventually made their home in Toronto.

He is survived by his son Jason, the director, and daughters Catherine and Caroline- By AFP