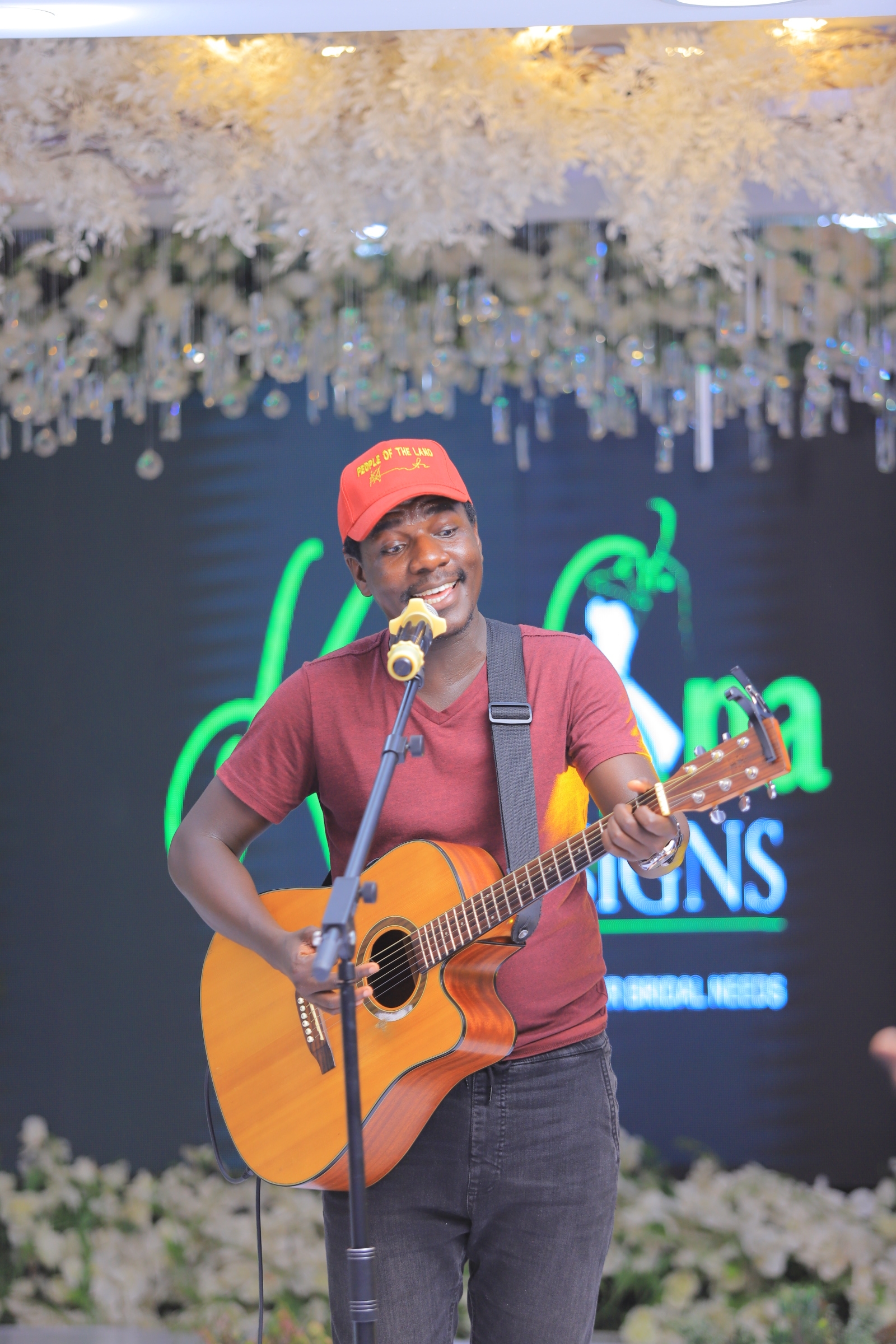 Maurice Kirya is known to be the ‘King of Soul’ music in Uganda but that title according to some people might be slipping right under his arms as many are advocating that it’s time Kenneth Mugabi takes over. He has the voice, the music, and most importantly plays some instruments.

With a name that he has, Mugabi decided to have some people clothing him including Kushona fashion house and it would only be prudent for him to make an appearance during the fashion house’s second fashion showcase that happened last Friday at their fashion store located on Namirembe Road. 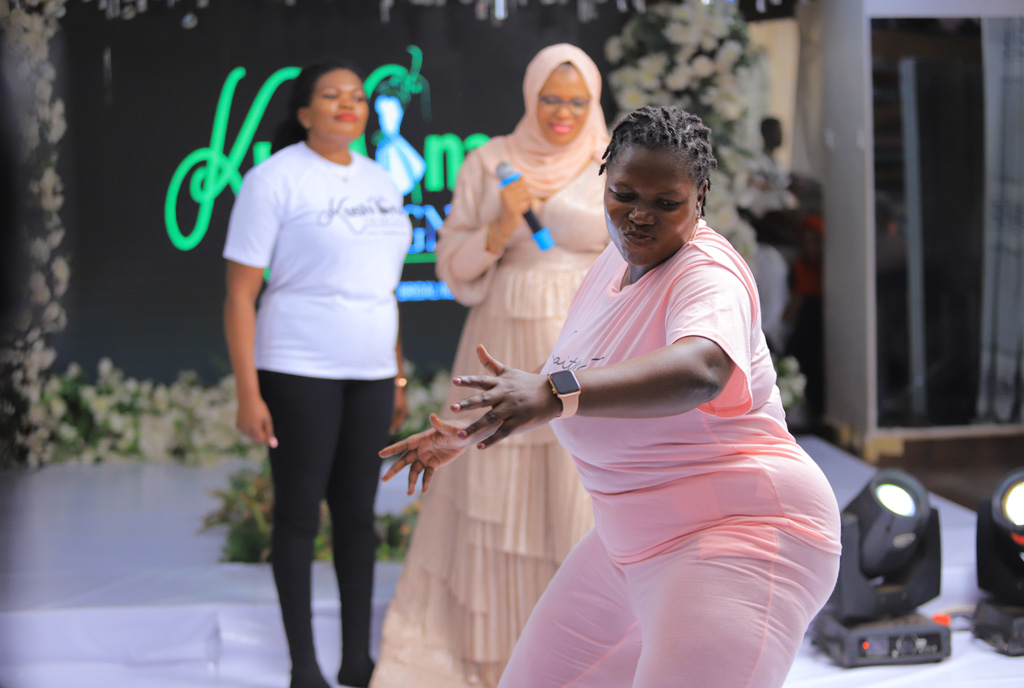 Mugabi’s performance will never be forgotten by both the staff and invited guests at the showcase. First because of the songs he did and the surprise showcase by one of the staff which left him mesmerized.

Mugabi with his acoustic guitar started off with ‘Sanyu’, People of the land and ‘Nkwegomba’. He thought he had given the crowd enough not until they requested him to perform ‘Naki’, which is one of his biggest songs. They even started collecting money so that he could continue with his performance.

“I have a concert next week. If I perform all the songs now, what I will do for my fans next week,” Mugabi asked the crowd. To answer him back, they told him that he should treat this performance as a rehearsal.

Noticing that he was hesitant, one of Kushona’s staff members told Mugabi to step aside and he took over the microphone. He instructed Mugabi to back him up as he performed Amasso Gotulo and boy oh boy, he nailed it to the extent that even Mugabi gave him a standing ovation.

Earlier on, Kushona’s staff and models displayed different outfits that they offer for different functions. From wedding gowns, matron’s wear, groom’s wear, and bride’s wear among others.

“We have an annual event that we use to showcase the designs that have been trending the previous year so we have exhibited different gomesi’s, changing dresses, wedding gowns, men suits, etc,” Kushona said about the event. 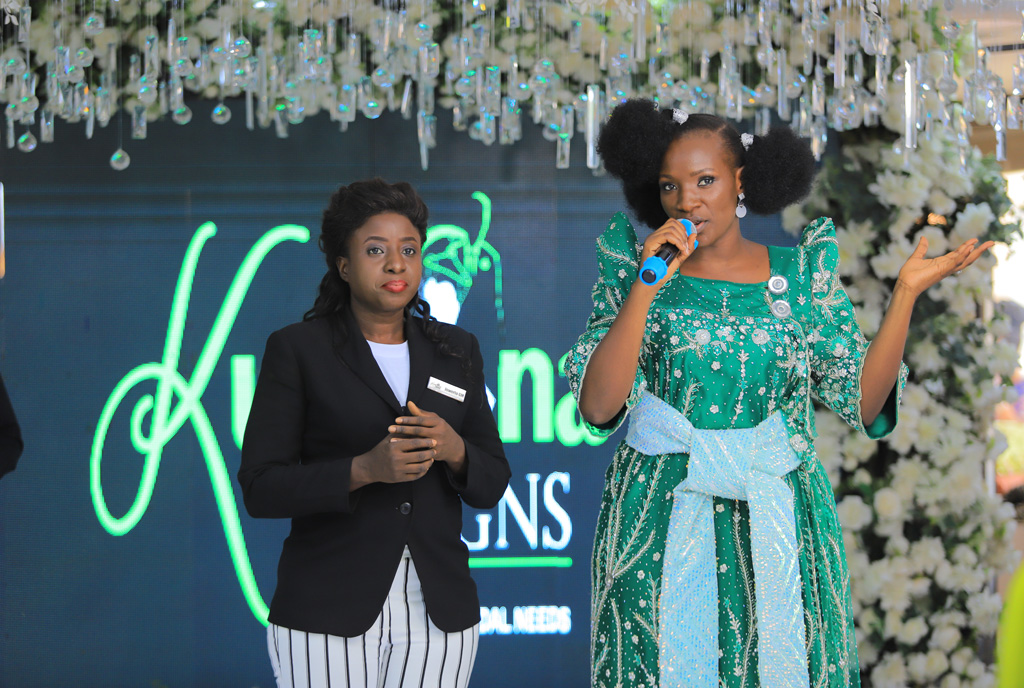 But all this wouldn’t have been possible if it wasn’t for the efforts made by some other key players in the industry like Rashida who was behind the makeup, Ice Ken on the hair, Bridget Love on the jewelry,  and premium events on the decoration. Fifi Da Queen and Zambali were the emcees at the function and their chemistry gave the function enough vibe.

Operating for the past 15-years, Kushona attributed honesty, faithfulness, and having the best outfits for her success story for all those years.