Janzi Band, Chameleone, Afrigo prove there is magic in years 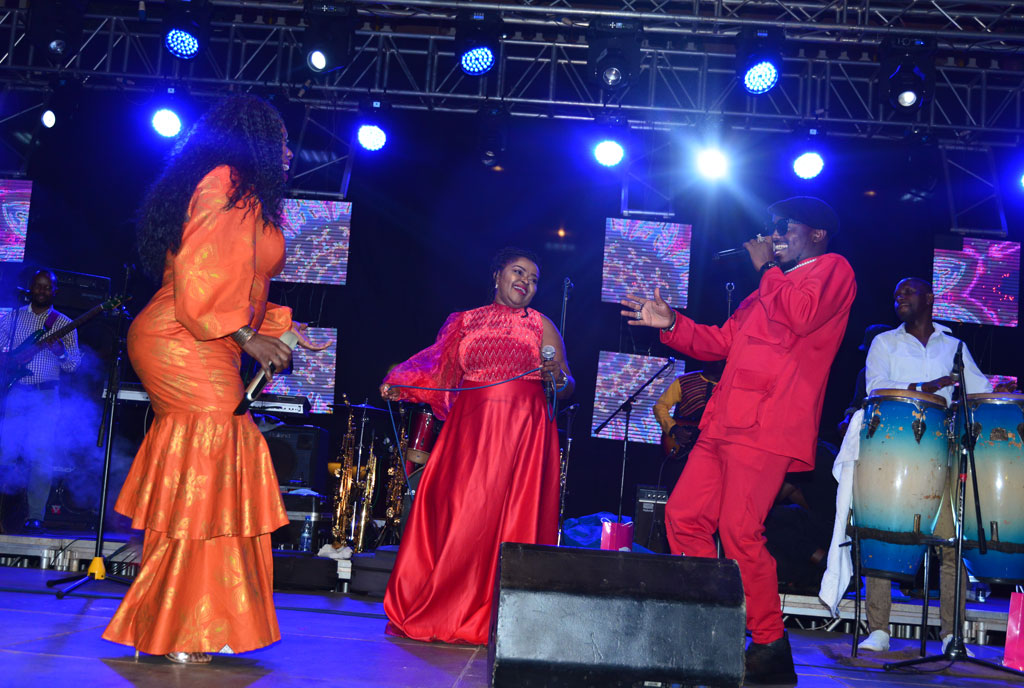 Janzi, not the instrument or the award, but the band, has been on the scene for 12 years. Afrigo band has been in the game for 46 years while Chameleone has been doing music for 25 years. So altogether, it was 83 years of music plus a couple of years from Lydia Jazmine and Ykee Benda. All this in one space.

With all that experience, the crowd was assured of getting their money’s worth last Saturday evening during the ‘Leka Tukiggule’ event at Hotel Africana. 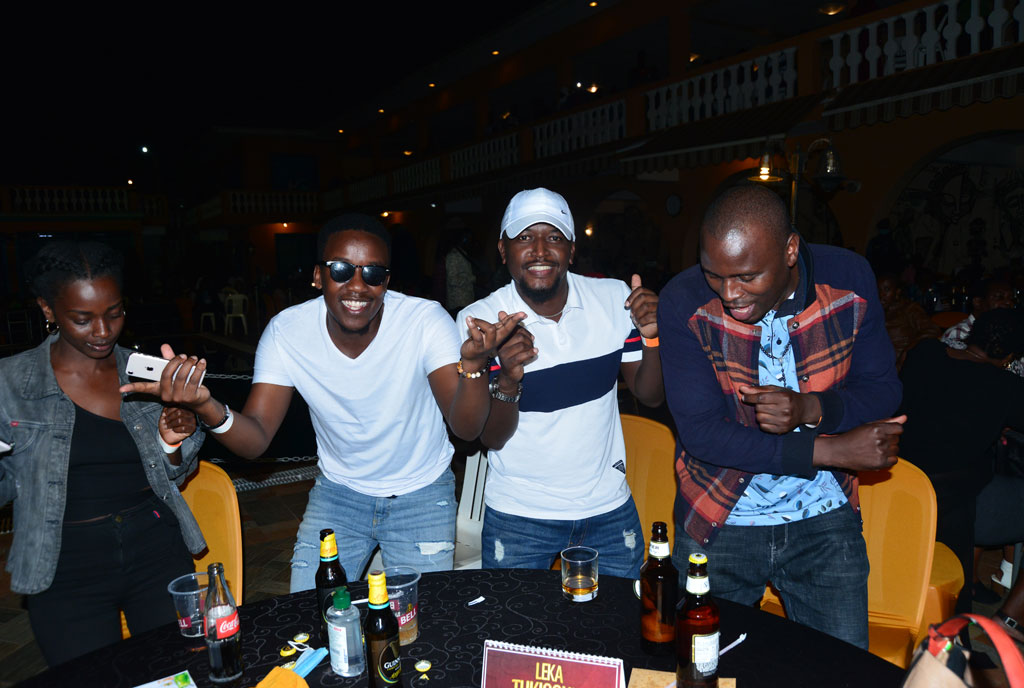 Hotel Africana poolside was a whole vibe on Saturday evening as revellers gathered for the Leka Tukiggule concert that was headlined by mostly music greats. PHOTO/EDDIE CHICCO

Janzi kicked off the evening at 8pm, performing covers and original compositions before Lydia Jazmine, clad in a black and white leather outfit, took to the stage with songs including Masuuka, Nkubanja, You and Me and Akapeesa.

Ykee Brenda came in next clad in a completely red outfit and kicked off his performance with Turn Up Da Vybe, a collaboration with A Pass and made it more interesting by throwing in Bobi Wine and Nubian Li’s Abalungi Balumya without altering the beats. He then performed Byonkola, Munakampa, Onabayo, Singa, My Baby and was later joined by Jazmine to do their Banange. He climaxed his performance with Superman.

Having mastered the art of exciting the crowd, Chameleone dropped the first line off his Kigwa Leero song and the crowd went wild. He then emerged on stage and sang the whole song before jumping onto Kuma Obwesigwa and Jamila – some of his classics.

The Leone Island proprietor recognised his mother who was seated in the audience before joining her. Seated next to his mother’s table was singer Bebe Cool, his mother and siblings, which excited Chameleone as he went over and hugged them, telling the audience how he adores and respects Bebe Cool. 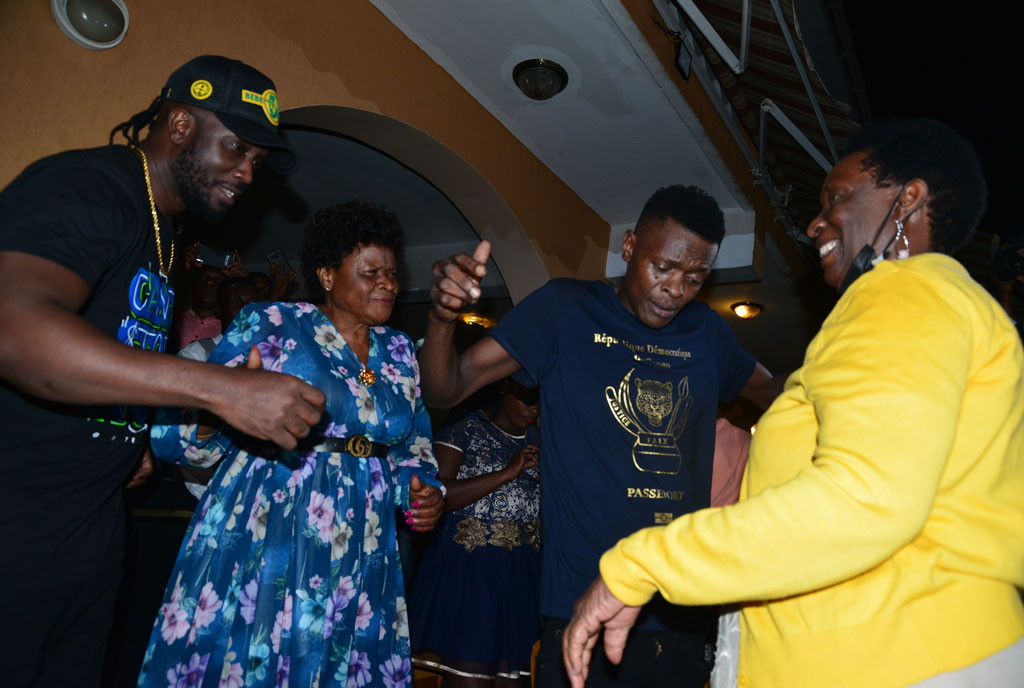 Revellers were visibly excited to be outside again. Above are musicians Bebe Cool and Chameleone with their mothers. PHOTO/EDDIE CHICCO

When he returned on stage, it was drizzling so revellers were forced to abandon their seats to seek refuge from the rain. Oblivious of what was happening, Chameleone asked what was going on and only realised when the sound started getting glitches.

Now if it was the Chameleone of 10 years ago, he would have thrown a tantrum, but he just advised Nexus Sounds to get water proof machines then did his latest release, Forever.

“If it wasn’t for the distorted sound, we would have continued but I beg to take my leave. You should expect the best at my Gwanga Mujje concert,” the singer said before leaving the stage.

It was half past 11pm when Afrigo started setting up and in 10 minutes, they kicked off with Abaana ba Afrigo.
Realising that time was not their best ally, Moses Matovu decided to quicken the band’s performance by only doing the crowd’s favourites.

Every member of the band did at least two songs; Joanita Kawalya did Tony and Nfunda Nomubi, Rachael Magoola excited fans with Emaali and Obangaina and midway through it, invited Ykee Benda to share the song. 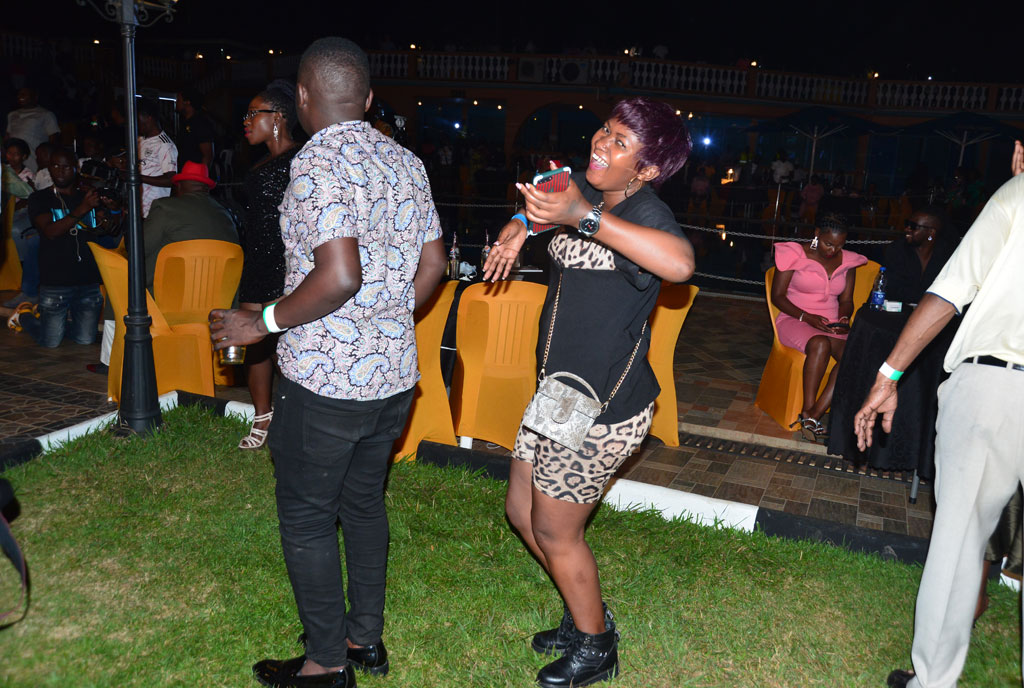 Their chemistry was magical as they pulled some rare dance strokes.

Eddy Yawe was then invited to do Kayembe and Tukigaale. The event was a success, although it did not happen at the People’s Space but rather at the poolside.