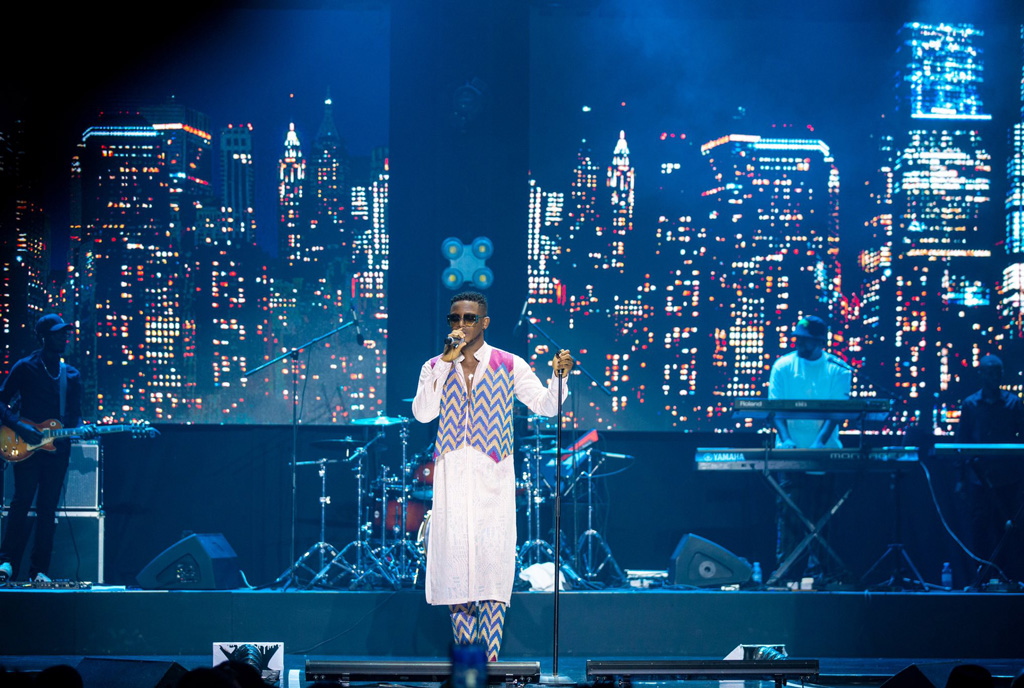 A few hours to the show, Malembe’, the organisers of the Valentine’s concert dubbed ‘A Night Nith Chike’ announced that the show was sold out and no tickets would be sold at the gate. By 7 pm fans of Nigerian artiste Chike-Ezekpeazu Osebuka, popularly known by his stage name Chike had started flooding Serena hotel for the long-awaited show.

At the entrance, those that hadn’t bought tickets online were seen begging to buy at the entrance even if the price was doubled. By 8 pm, the lower part of Victoria hall was filled to the brim that revellers had nowhere to sit. This forced the orgnisers to also make the upper section of the hall accessible for everyone’s comfort. 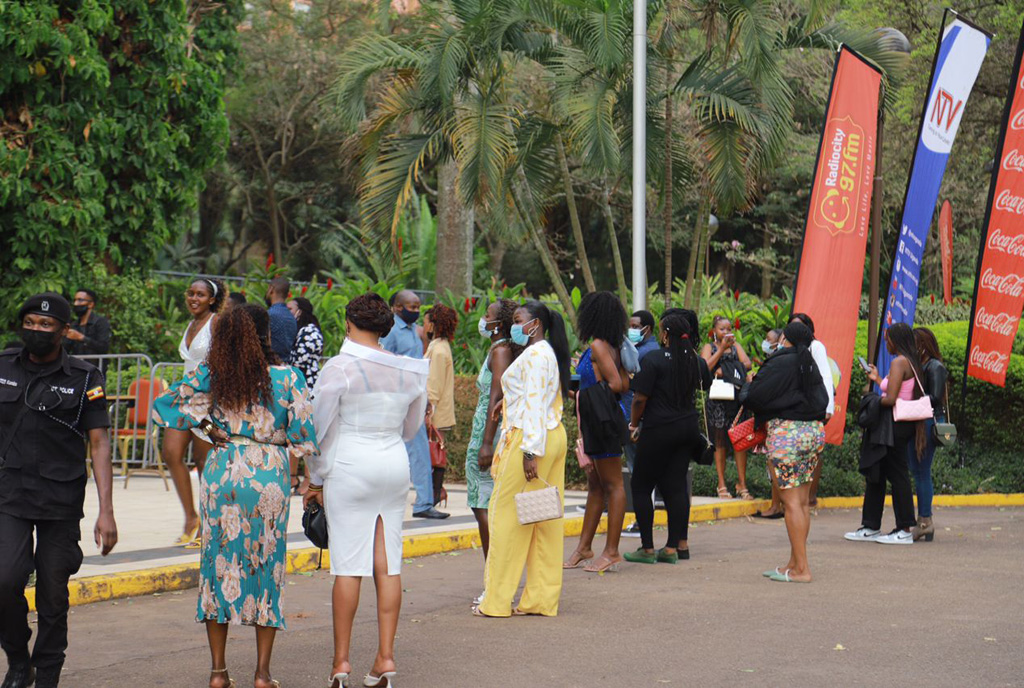 Fans were as at Serena as early as 6pm

At exactly 9:00 pm Allan Toniks graced the stage, he performed a couple of songs including ‘My Miss’ and ‘Sunday’ among others. Other performers of the night included Naava Grey, ZuliTums, and Daddy Andre who performed one track with gospel singer Levixone. 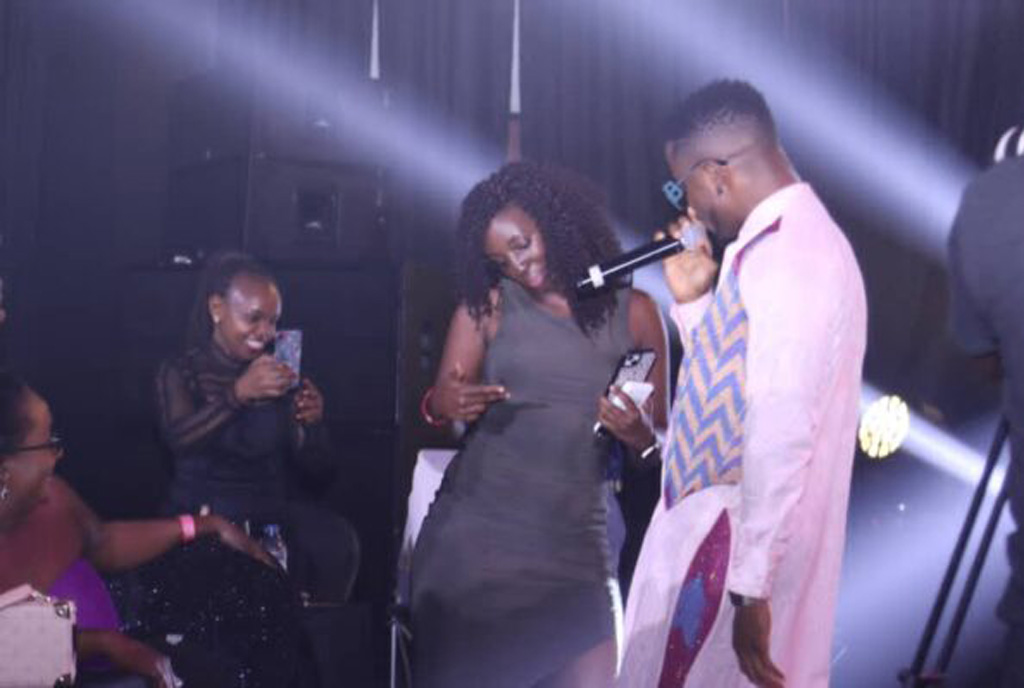 Going by the night’s theme which was love, the lineup was epic. Whilst many expected to enjoy a performance from Rema since the two have a song together, NTV’s Sammy Watela stepped on stage and introduced the man of the night. 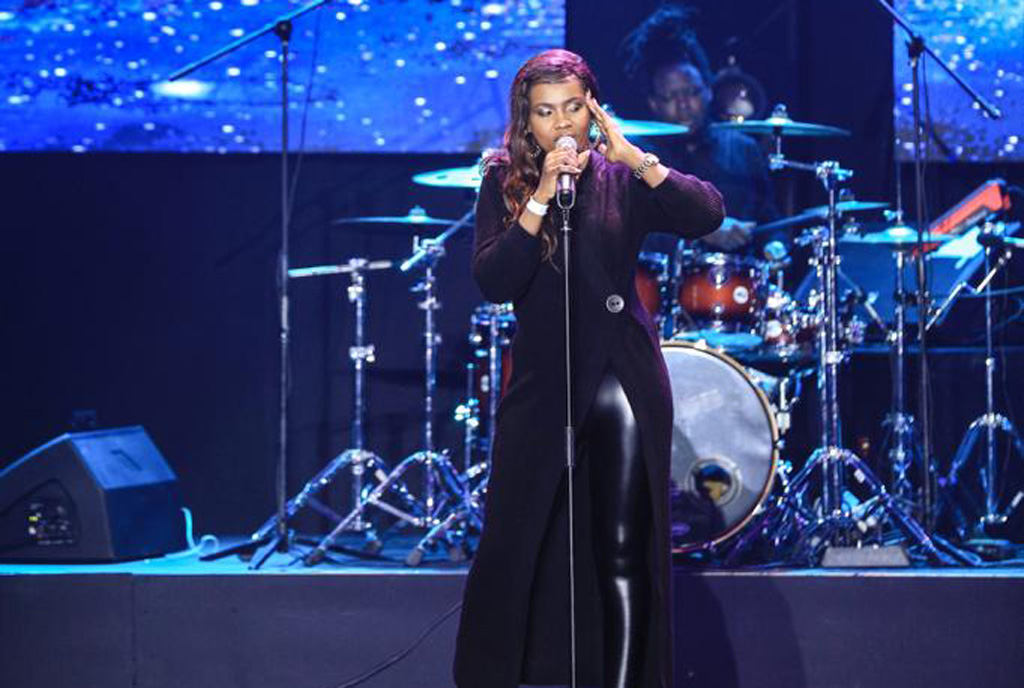 A few minutes to 10:30 PM Clad in a Nigerian outfit, on a very beautiful stage that had breath-taking lighting and sound set up by Fenon Events, Chike kicked off  his performance with a tribute to fallen soldier Moses Radio by singing his song ‘Breath Away’. This got the entire crowd on its feet and thunderous applause after he was done performing it was given. 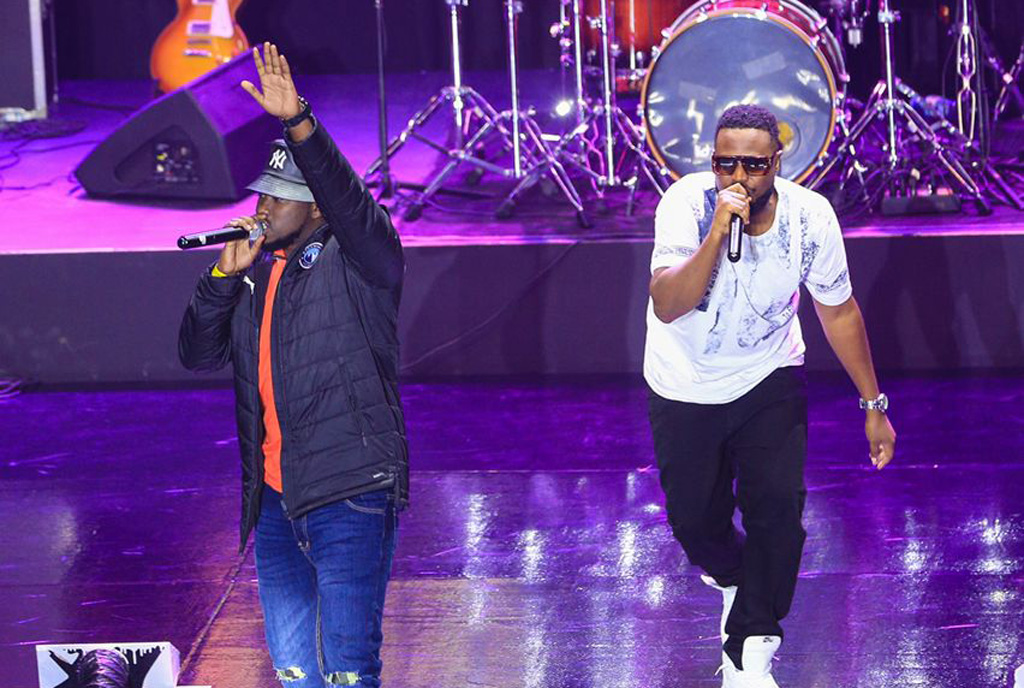 Daddy Andre and Levixone on stage

As the name of the event suggested, Chike who made it clear that he was happy to be performing in Uganda had a very interactive performance. Every after a song, he would have a conversation with the crowd something the revellers enjoyed. 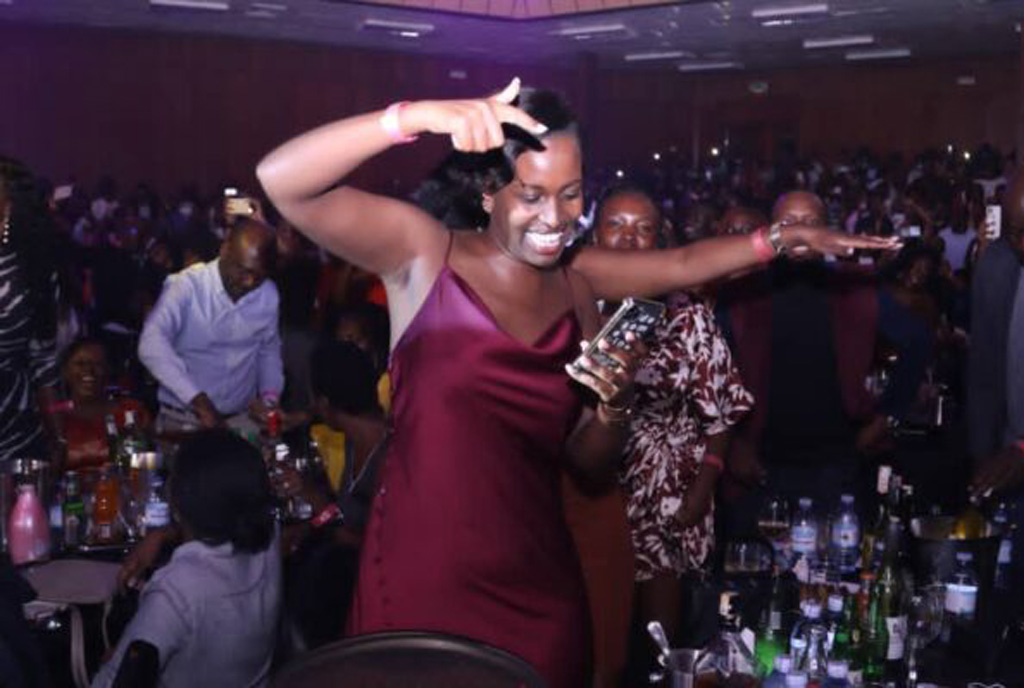 He went on to serenade lovers with songs like ‘Insecure’, ‘Nakupenda’, ‘Amen’, and ‘Loco’ his collaboration with Rema Namakula among others. It is ‘RoJu’, ‘If You No Love’ and ‘Running To You’ that hit the crowd differently.  These were his last three songs to perform and they left the crowd begging for more. 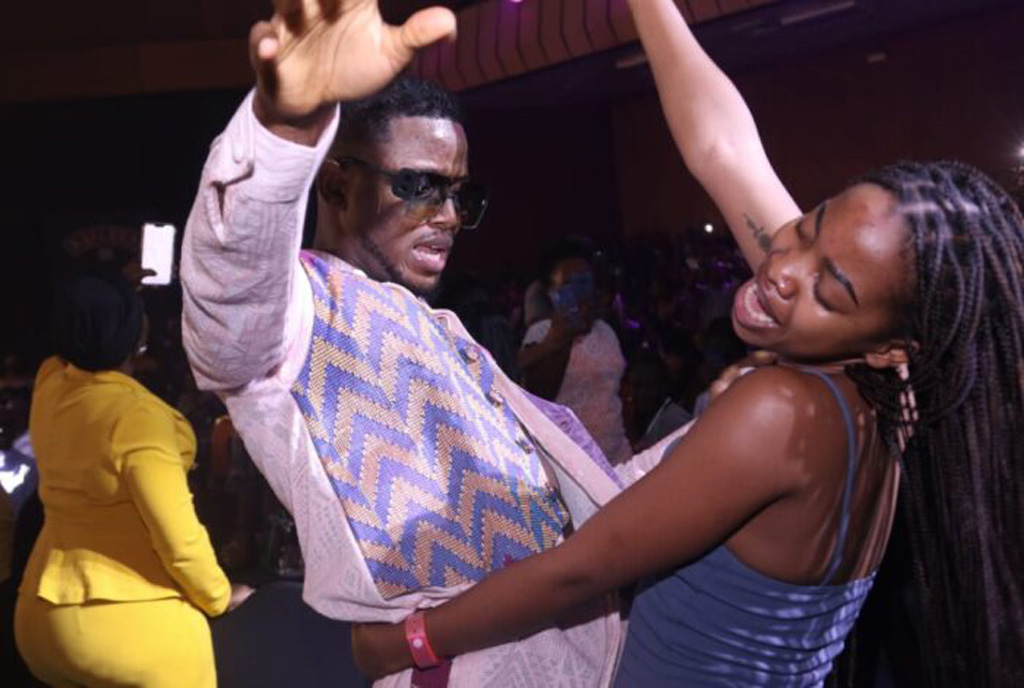 NTV’s Etania having a moment with Chike

Before he climaxed his performance with ‘Running To You’ a song where he featured fellow Nigerian artiste Simi, he thanked Uganda for being the country that streamed the song the most.

After exiting the stage, revellers started chanting “We want more” hoping he could come back and do the song one more time. 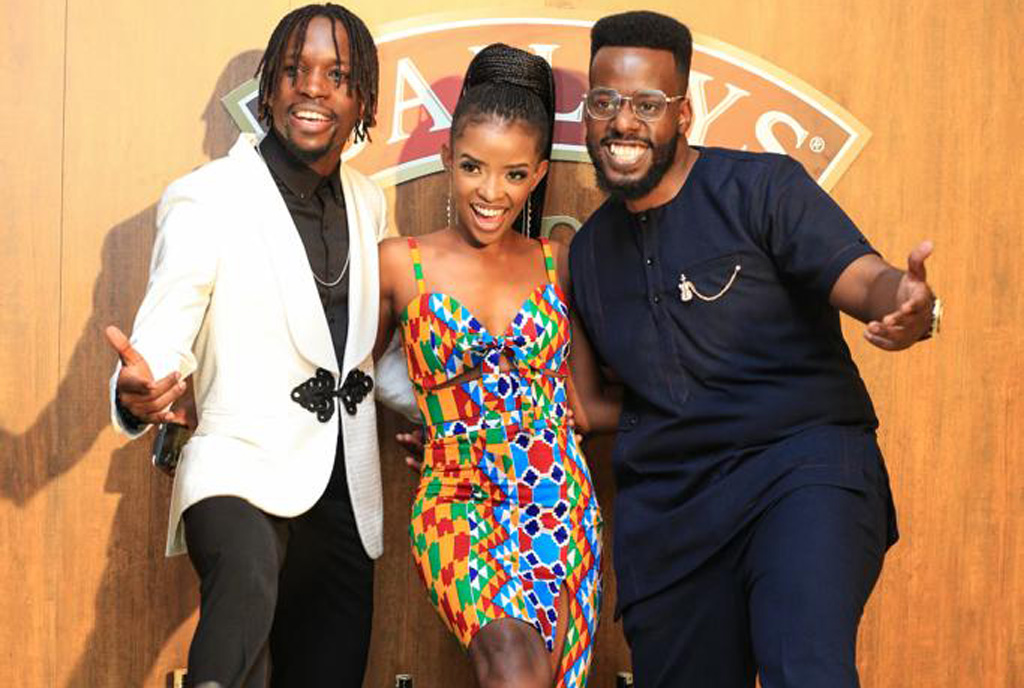 The hosts of the night

The show that was sponsored by NTV, hosted by Tracy Kababito and Timothy Code came to an exciting end with an after-party where DJ Spinny got the revellers grooving till the wee hours of the night. 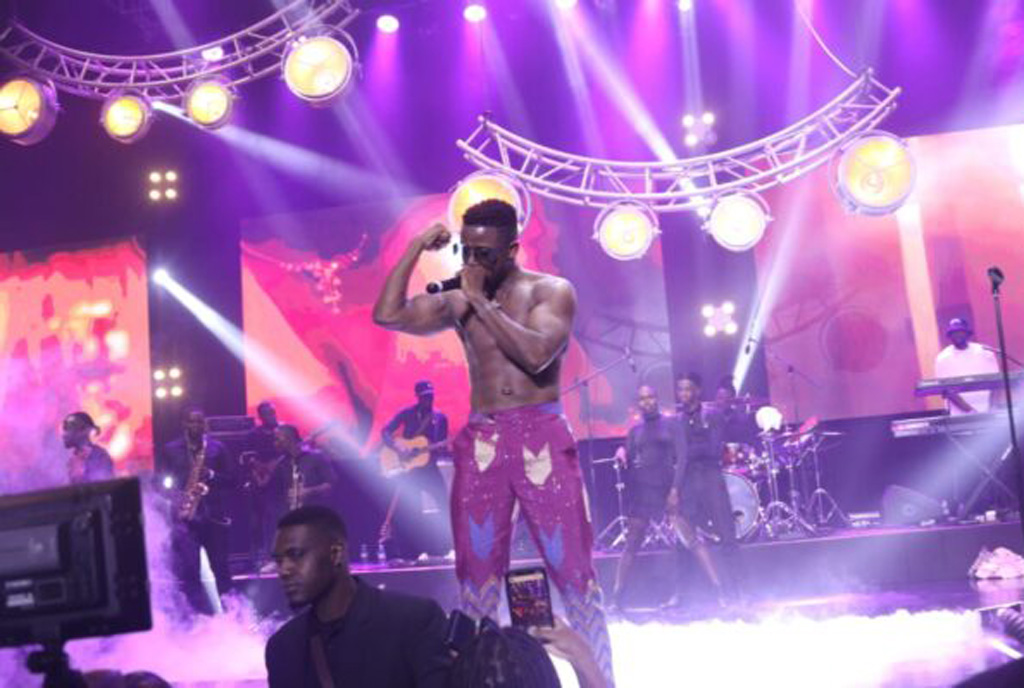 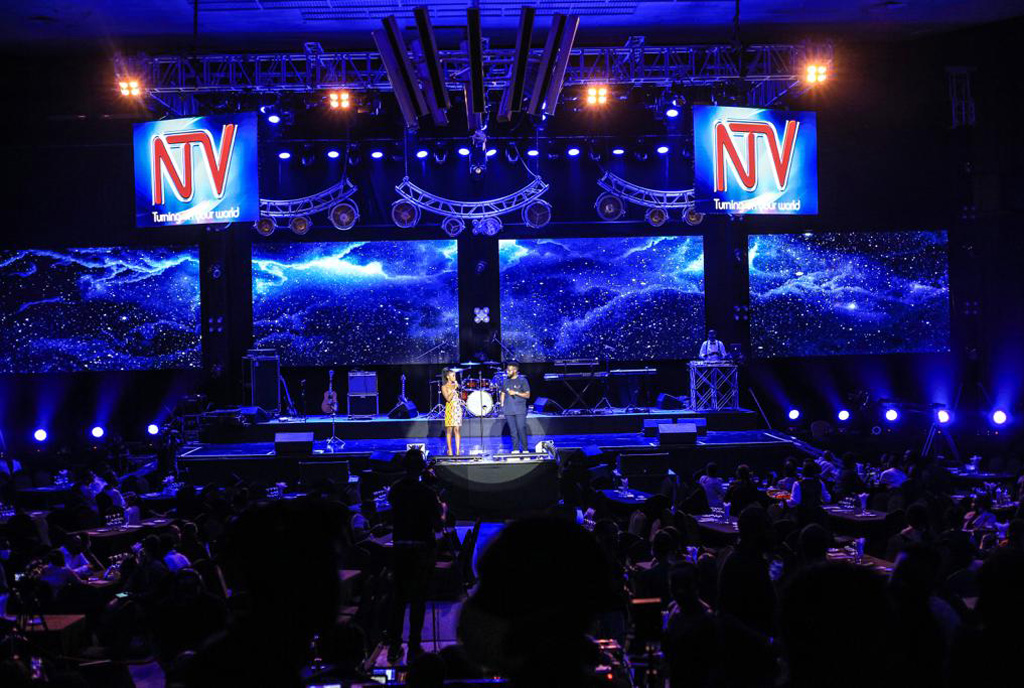