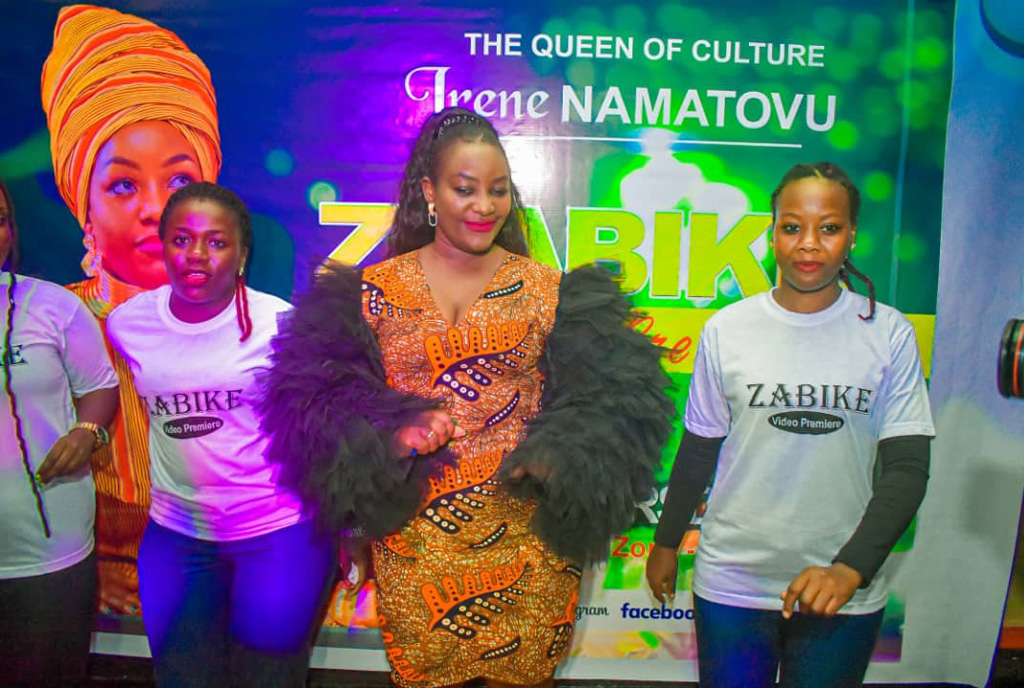 Former Eagles production and wife to Goeffrey Lutaya Irene Namatovu has decided to concentrate more on cultural music away from band music. This is after her ‘Kuzala Kujagana’ song won her an All Africa Music Award (AFRIMMA) in the category of the best traditional artiste in the awards back in 2018.

This was her first international accolade and with this win, she feels her destiny is in that category of music more than what she has always been doing for over 15 years in the industry.

Namatovu revealed this on Thursday night as she was premiering a brand new video titled ‘Zaabike’ at Big Zone bar in Nansana. 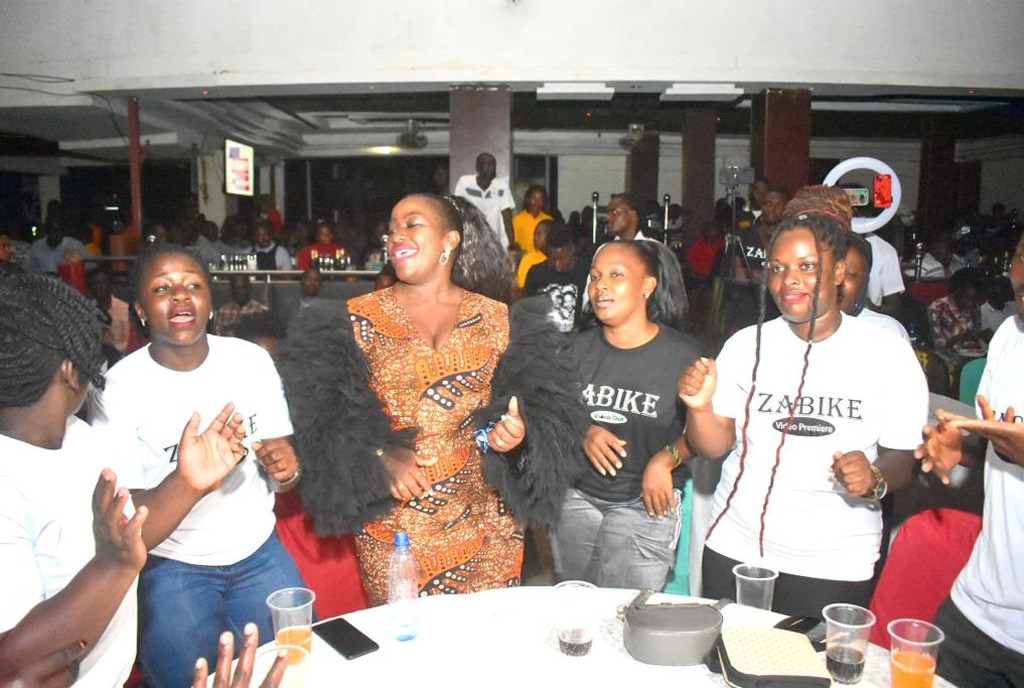 Zaabike is a cultural song and the video was shot by Saint Jude while the creativity was courtesy of Kaddu Yusuf the CEO of Kika Performing Arts Centre.

According to her, she will be using the song to boost cultural music in Uganda and the band music fraternity.