Eric Omondi lined up as Comedy Store moves back to Lugogo 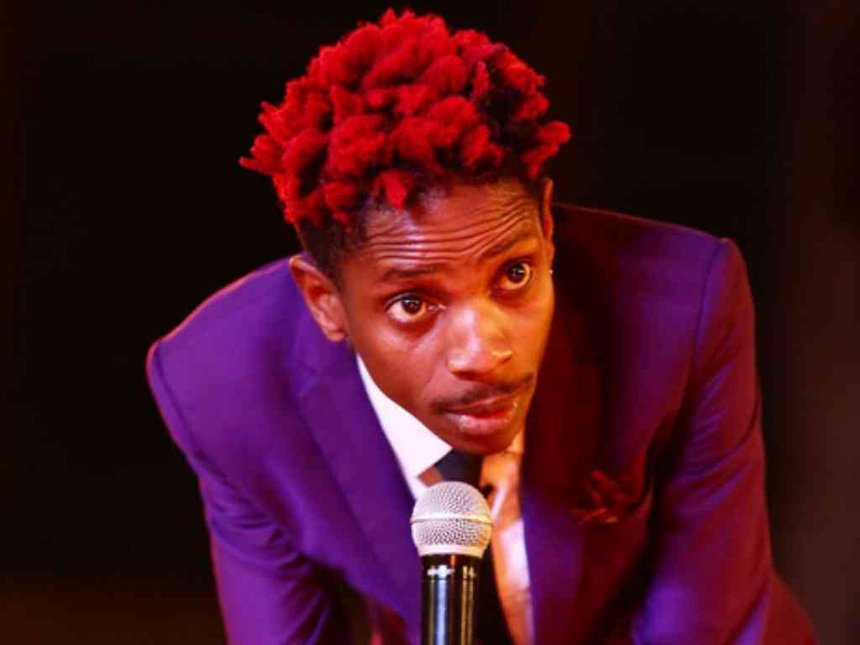 In November last year, comedian Eric Omondi was arrested after an attempt to stage a protest at the Kenyan Parliament regarding media houses not playing at least 70% of Kenyan content. The comedian tried to lead artistes in storming Parliament in a bid to fix the music industry in Kenya.

Taking to social media, he said, “History loading…Tomorrow 10 am!!! Tuesday, November 16th will be remembered for years to come. Calling Upon all musicians/artists and all media houses/outlets to meet us at Parliament Building tomorrow 10 am.”

Well, that is behind us now but you can get the chance to hear the whole story next Wednesday during the Comedy store event where he’s slated to be the headlining comedian at the UMA Multipurpose Hall from Levels lounge.

When the nightlife was closed as a result of the Covid pandemic, Comedy Store resorted to recording with a limited audience of about 30 people, to continue producing content for TV and the online audience. Initial episodes dubbed ‘Scientific Comedy Store’ were recorded at Nexus Lounge in Najjera but later on, the taping was moved to Netstudios Africa, the Kitintale-based audio-visual production company.

In May of last year, Comedy Store moved to Levels Lounge in Kitante where it opened up Monday shows dubbed ‘Stress Clinic’. It was an initiative to relieve Kampalans (the limited live audience and TV audience) of pandemic blues and give them a reason to have a hearty laugh. When the nightlife economy was reopened last month, the Monday nights at Levels Lounge became a staple for revelers and the turn up grew significantly.

“There have been numerous inquiries from Comedy Store fans regarding when we are going back to Lugogo. Some felt like they had been sidelined. Others need a convenient location,” says Paul Ampurire, the Public and Media Relations Manager for Comedy Store Uganda.

“By moving back to Lugogo, we are bringing the larger Comedy Store family back together and rekindling the experience that they were used to pre-Covid,” Ampurire adds.

However, Comedy Store hasn’t stopped its partnership with Levels. The lounge is the official venue for Comedy Store’s after-party every Wednesday where fans get to freely interact with their favorite comedians and artistes. It is yet another perfect way to unwind and have a good time.

This isn’t Omondi’s first time at the show as he has performed on the Comedy Store stage several times.