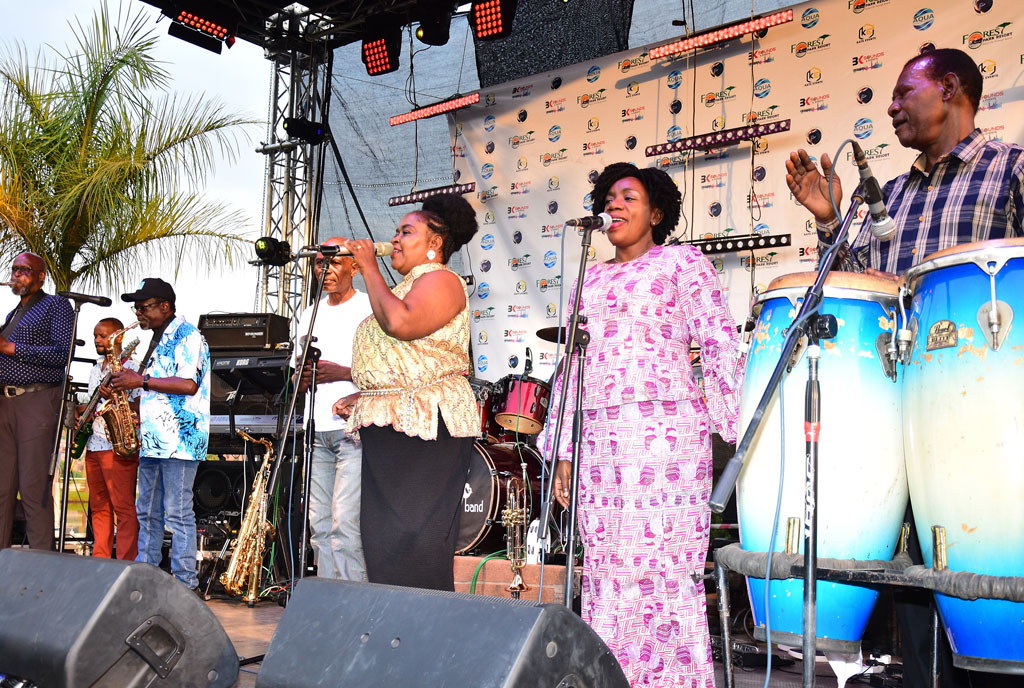 The sight of Moses Matovu and Herman Sewanyana testing sound at 3pm ahead of their third show in three days was enough to send the revelers at Forest Park Resort, Buloba in a frenzy.

On Friday, January 28, Uganda’s oldest band had raised the roof of Club Guvnor and later on Saturday at Obligato before treating partiers to some of their classics at the resort off Mityana road. Not even the bad weather would dampen their vibe, not after the two-year Covid-19 imposed lockdown.

They had to party regardless. Luckily the sky cleared and sound check went on until 5pm before the band returned at 6pm with a jazzy tune titled ‘Ham Jambo’ off their 2019 album Teri Mubi.

“Ham Jambo means ‘how are you?’ So how are you today?” band leader and frontman Matovu greeted in Luganda, a local dialect
“We are happy that the President lifted the lockdown so let’s party especially after two years (of lockdown).” 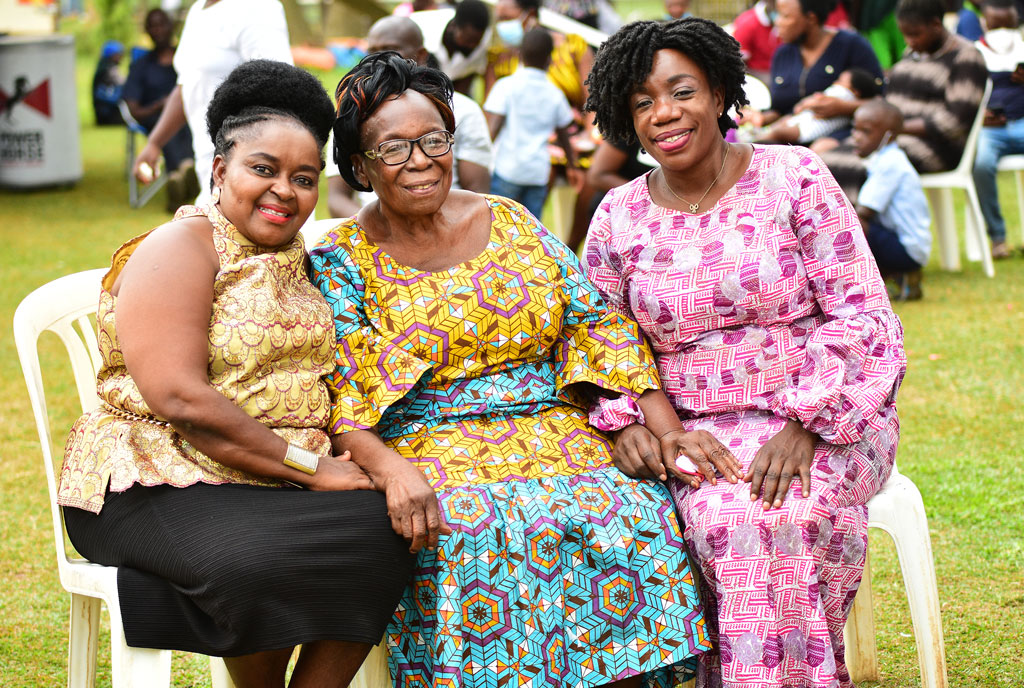 Matovu then led the band through a reggae version of Twali twagalana, Maria, Mpedembe, Slow but Sure by Rachael Magoola, the Bugweri District Woman representative.

Her mother, the former Iganga woman MP Beatrice Zirabumuzaale Magoola would take to the dance floor when Rachael sang Vooto.

The best was yet to come.
Eddy Yawe, who was rumoured to have quit Afrigo Band in 2018 performed Akayembe, Kati Onoba and lastly Tukigale on which he even threw afew lines from Bobi Wine’s Kasukali jam.

Performing in turns, Joanita Kawalya performed Jim and Mpe Dembe which got everyone off their seats. Magoola then took centre stage again with Obangaina and Eyauni Emali before playing Nfunda Nomubi and Abaana Ba.
By this time the young and the old were both on their feet.

Shortly after, the band switched to Madilu System’s covering Nzele and Ye Jean before Charmant Mushaga exhibited his guitar prowess on Diana by Philly Lutaaya to the excitement of the more than 2,000 revellers. Most had entered the resort as early as 9am. By 10pm, more were seen streaming in.

Word also got around that the band is planning a 46th anniversary mega concert later this year. 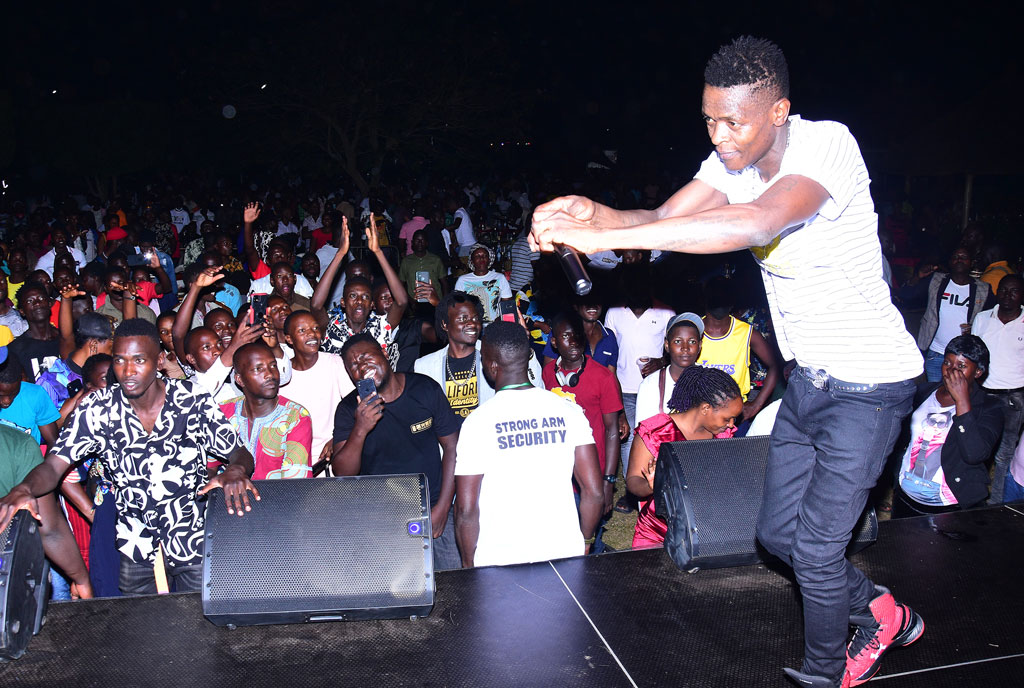 At 9:30pm, Solid Band took to the stage before Jose Chameleone’s voice echoed from backstage. He started by sampling his new song Forever.

“I apologise for coming a bit late and I am a bit tired but I’m going to give you a memorable performance,” he said before doing Kuma obwesigwa one of his oldest songs.

He asked Kawalya to join him on stage and praised her and the Afrigo band for paving way for others in the industry.

This drove the audience into ecstasy seeing the brothers on stage. Weasel continued with Lwaki Onumya before passing the microphone back to his big brother who continued his performance with Baliwa, Kigwa leero, Forever, Kipepewo, Mambo bado and Fuga bi. 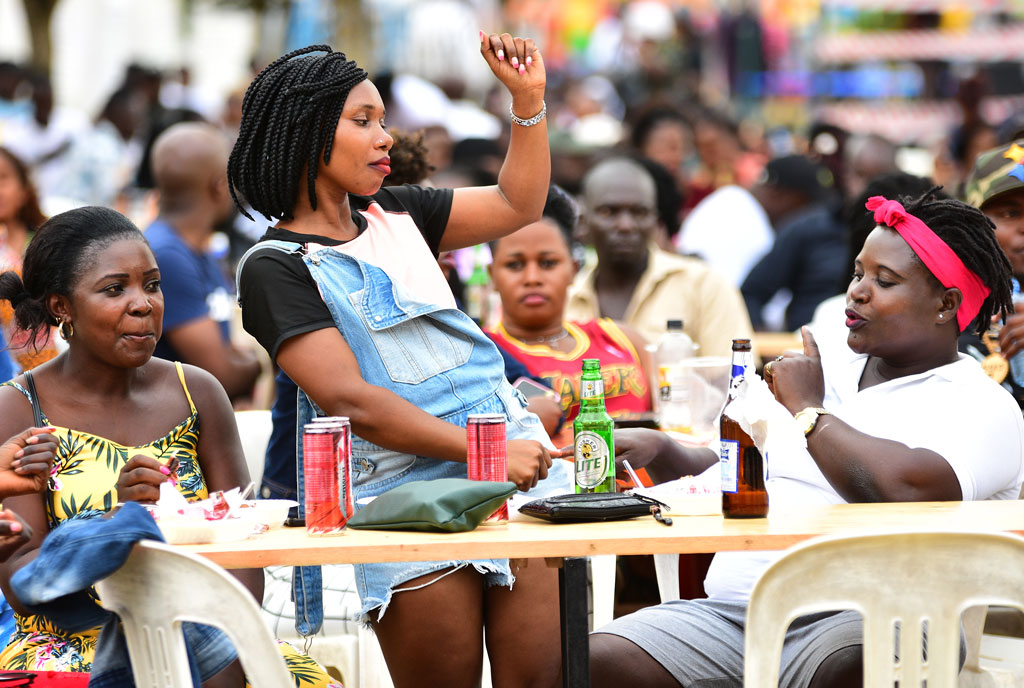 What to do: They came to party, and party hard they did. PHOTO/MICHEAL KAKUMIRIZI