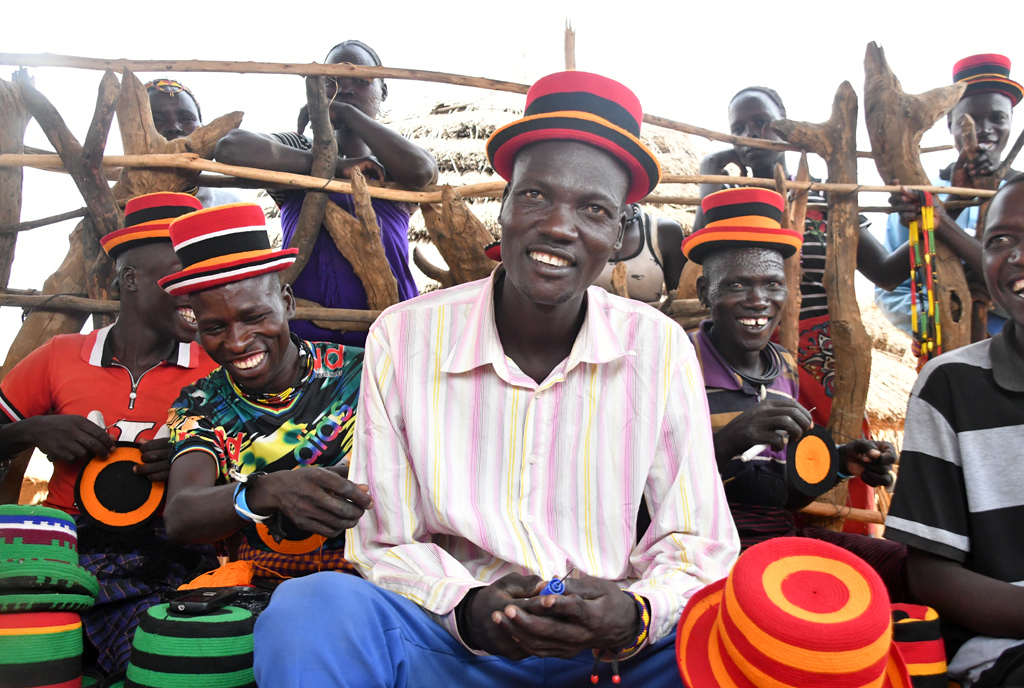 With support from Kuonyesha Art Fund, many Karimojong youth are seeing a light at the end of the tunnel as they exploit skills.

“Right now, I have changed. I have gained respect from the community. My music has gone far. With the support I received, I have done six songs that are educative, motivating and now aspiring artistes come to me for guidance on how to write lyrics and voice their songs. I have trained six artistes and two dancers.”
At the turn of 2019, Benz Pilloza D Karamojong Boy’s plan was to do music that could earn him national appeal. Then Covid-19 broke happened.

When Kuonyesha Art Fund made a call for artistes to apply for support, he was one of the shortlisted artistes from the Karamoja sub-region.
He was given Shs5m which he used to record six songs, each at Shs300,000, and two music videos.
Kuonyesha is a programme by CivSource Africa that was established to support artistes of different genres to improve their craft and ultimately the quality of their livelihood. It spans its reach across a multiplicity of art forms, including music, film, fashion & design, tailoring, jewellery making as well as training and mentorships.

A former church choir member and contemporary dancer, Pilloza says when he shares what he knows, he is happy. Most of his fans are from Karamoja and Teso where his music continues gaining traction, and subsequently beyond north-eastern to local borders and onwards.
Ultimately, his plan is to grow well enough to compete with Tanzanian music sensation Diamond Platinumz. Emmy Aleper and Joviah Nangiiro Nakol are also artistes who have used music to tackle societal issues.
Nakol, who goes by the stage name Dejustice, is also a fashion designer whose designs celebrate the vibrant Karimojong designs on both clothes and decorative items such as beaded necklaces and forehead laces.

With the two art forms, she provides therapy to those who have been psychologically and physically abused as well as gives them reason to celebrate life for what it is.
Namoe Ebokot, a former cattle rustler who has since dropped the cruel behaviour that continues to contribute to the destabilisation of the region and affect its economic growth, has diverted his creative energies to artistically knit colourful caps, hats, and clothes. He does this along with contemporaries and trainees, and they sell to locals and tourists who visit the north-eastern region.
Ebokot says his newfound love for the creative processes allowed him time to reflect on the pain and suffering he caused as a cattle rustler.
“I am glad that I met a man of God who preached against cattle rustling. I saw how bad it was and the risks we always exposed our lives to,” Ebokot, who narrates his story through an interpreter, says.

When I visited his shop, I was welcomed by songs and chants from youthful women and men. For a few minutes, the ululations fill the air as children excitedly look on.
Like jewellery maker Namoe, Ebokot is presented with a smartphone which Kuonyesha is optimistic will allow him open new frontiers in his trade if he showcases his products online, especially social media channels.
The same gift was given to all 12 artists visited in the region. 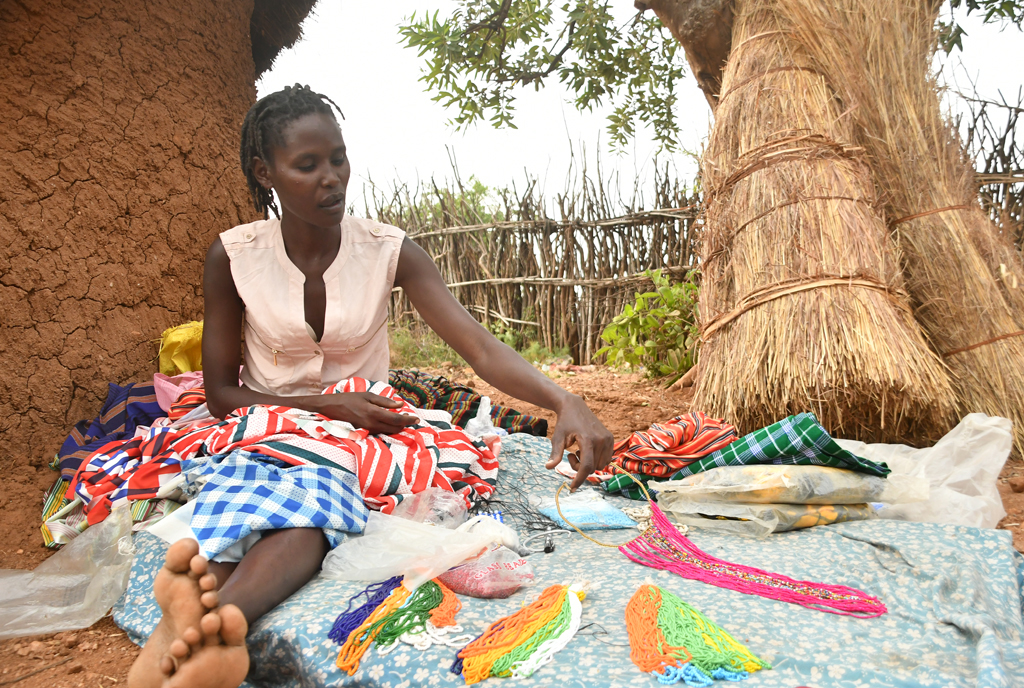 Grace Auma from Kaabong, is already exploiting the opportunities online. She makes beautiful necklaces which she sells along with crafts she buys from Kenya and Kampala. She was identified to train on how to make necklaces from beads, a creative hand skill that has earned her an encouraging source of livelihood.
Her hands are busy when we visit. She is putting finishing touches on a necklace that was ordered by a couple who placed an order as they prepare to hold a traditional wedding soon.
From her earnings, Auma has been able to cover the payment of part of her tuition for a post graduate degree in project management that she is pursuing at Uganda Management Institute in Kampala. She says she not only shares academic discourses with fellow students but interests them in buying her crafts.

Josephine Leese would have been as happy as Auma had calamity not befallen her when thieves broke into her house, stole her Shs500,000 savings, along with her jewellery.
Sad and blue, she narrates the experience that also saw her house set on fire. She is now collecting what she has luckily kept at a friend’s shop in Nakapiripiriti town.
The mother of one has a midas touch when it comes to sewing fashionable clothes as well as different necklaces, wristbands and more.
The beauty of Karamoja and particularly the pastoral life of the people was Pius Loupa’s motivation to do photography.
He published a photo book with rich captions, a book that has attracted attention locally and beyond because of the fresh knowledge he provides, thanks to a grant from art fund.

John Bosco Bongomin chose to embark on writing a book because as a teacher of Literature and English, he has the skills and ability to document using his poetic gift.
Francis Lolem is an author too. He is putting together a book to preserve Karamoja’s heritage in Literature, of stories that have been preserved through generations.
The artistic abilities of Mario Lokwang Kubal and those of Simon Sire Loduk have a commonality of producing clothes. Lokwang produces beautiful sukas while Loduk is a fashion & design entrepreneur. Both have trained young people in stitching clothes as a job.
rbatte@ug.nationmedia.com