The wonders of Uganda: Uganda olemwa 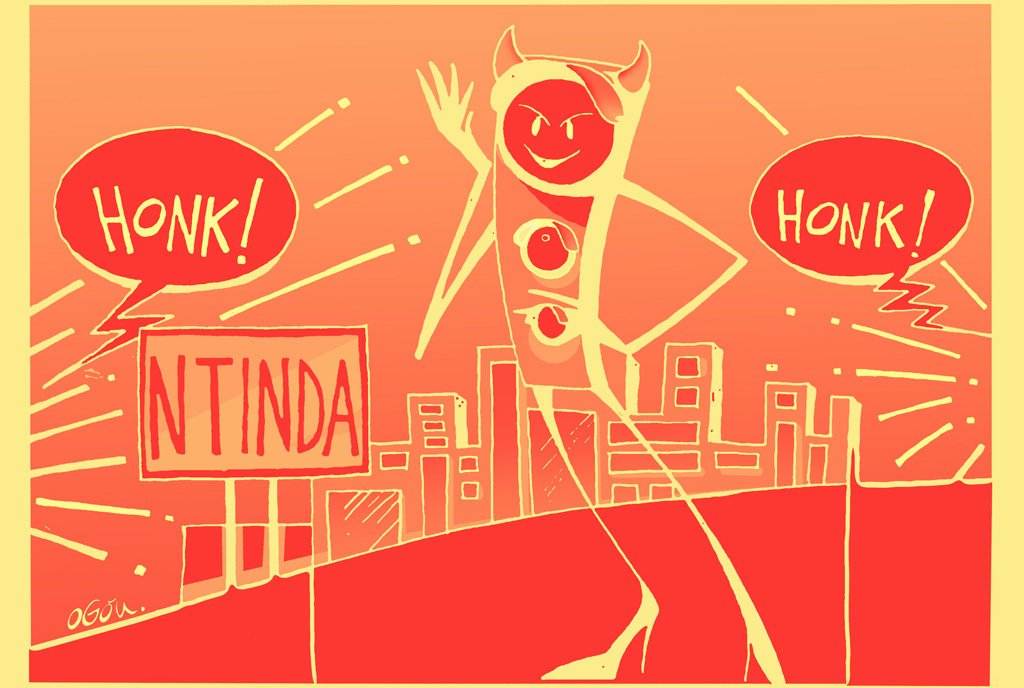 But does anything good ever come out of Bulindo?

Typical Ugandans: Every extra day one gets to live in Uganda, they ought to count it as a miracle. Because Uganda is full of wonders, endless wonders. Everything and everyone can surprise you in this country. Uganda can be both predictable and unpredictable at the same time. That is why, we keep finding new phrases to summarise this Ugandan experience. Today we explore the current wonders of Uganda. The things that make one exclaim; “Uganda Olemwa!”

The Ntinda traffic lights are an expression of everything that is going wrong in the country. Nothing lasts in this country, or at least, nothing lasts long. For the first time, men have an idea of what it means for someone to arrive earlier than expected. Because the Ntinda traffic lights are not lights, they are blinkers. They simply blink. One minute they are green, close your eyes, and boom, they are red. Are they meant to limit the migration of Kisaasi and Najjera fellows into the city? It could be a great reason. That could explain the semblance of peace the city assumes in the morning hours before the Najjera chaps infiltrate all the corridors of enjoyment.

Most young Ugandans would be millionaires, if only they got paid what was due to them. Instead, many are being paid in exposure. They are being asked to be patient, to trust in the wonders of time. When they speak out, they are reminded to be cautious lest their words reduce their chances at some job panel in future. Most young Ugandans are being paid in exposure. But what exposure is there to gain from Uganda? To be known by a college of socialites, and celebrities that are 50K away from bankruptcy?

It is one thing to be dumb, it is another thing altogether to have an illusion of intelligence. There is a growing class of tweeps that suffer from the latter. Having influenced for an event or two, probably one of economic policy deliberations, these newbies are excited by the sparks of limited knowledge. With a handful of followers, they assume new airs, they assume they can jump on anything and have a discussion on the same. Relax young man, the world has been here, and it will still be here. You are not an authority or thought leader on anything, sometimes, the best thing is to keep silent and learn. Do not struggle looking for a counter-argument in a bid to sound smart. The greatest of dangers is your illusion of intelligence.

There is also a group of Ugandans who believe solutions come from the West. That you can pick a random White man from the streets of London, throw him in Uganda and he will be signing a business deal by the end of the day. We have not only worshipped the White man, we have become foolish in the process. The same group of Ugandans expect us to worship them by virtue of showing up in a bar or restaurant with their White friends. Bonita and friends, please save us already!

Ugandan online entrepreneurs are a daily puzzle to crack. First, they will never mention the prices of whatever items they are advertising. Potential buyers are asked to inbox for prices. Pesh collections or whatever, you are not selling a special product. We are being supportive as friends of your China hustle. Do not make life hard for us. And do not blame us when we push back on your exaggerated prices. Stop retreating to the same old excuse; “you’re not the target market”. Wait, if we are not the target market for your shirts, then who is? Pastor Boogey?

Not that it is a crime to be a friend of a Ugandan celebrity, but there is nothing special about sharing a table with one. There is nothing that should make a one Jose have airs around simply because Nina Roz is able to reply his WhatsApp messages. When you meet the praise-singer of a Ugandan celebrity, you may mistake them for the actual celebrity. Please Johnny, stick to pushing the hashtags of your celebrity, threatening us about the greatness of your celebrity’s newest album. But tokisusa! Your celebrity is not the next big thing!

If there was an 11th commandment, it would read as follows; ‘never eat a Bulindo rolex’. The guys who make rolexes in Bulindo must be terrorists. They must be arrested for fraud. There is no redeeming element about a Bulindo rolex. Not the cup. Not the cooking oil. Not the egg. Not the tomatoes. But does anything good ever come out of Bulindo? The name sounds like a Sacco of bats roaming around the city. From the dust to the potholes and now to the fakest of rolexes. Uganda olemwa!

We have learnt to live with Subaru drivers. We hate and love them in equal measure. We have learnt to tolerate the adolescence of Mark II drivers. But there is an annoying class that we should address before things get worse. It is the Harrier drivers. For some reason, Harrier drivers always assume they are not driving Toyota. All their life, they live under the illusion that they are driving a repatriated ML class. They overtake without calculation, they are clueless about the whole exercise of driving. They hate to let other cars join the queue. They are quick to jump out of their cars the moment they suspect someone has scratched it. But above all, they should not be taking driving school retakes. It is rumoured that if incompetence was a strategy, then these Harrier drivers have mastered the class.