How Konshens excited his Kenyan fans on New Year eve 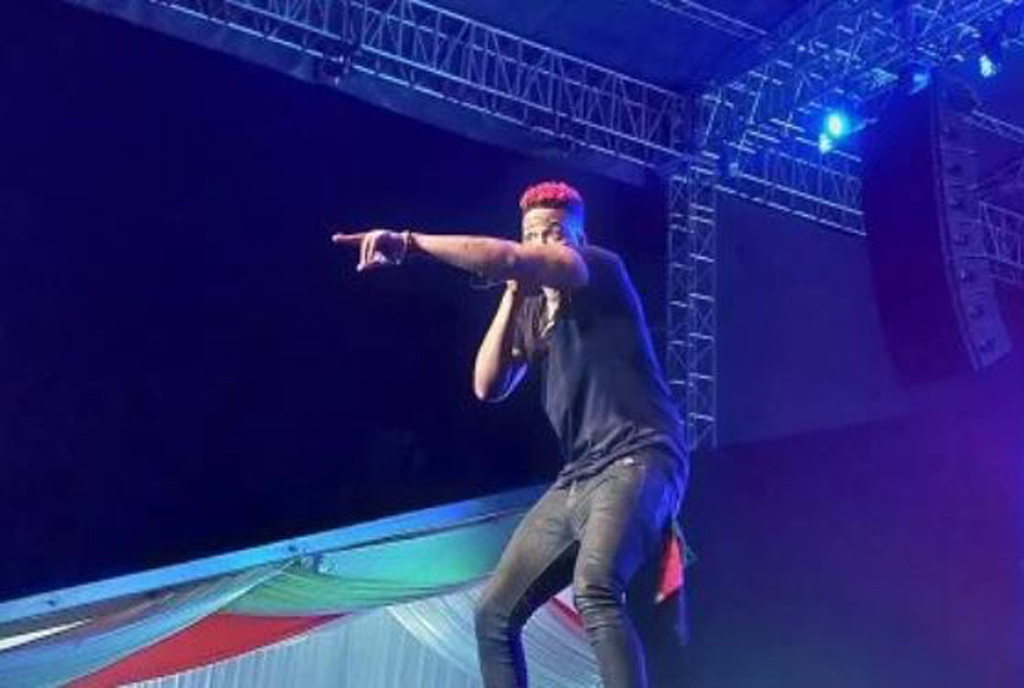 Jamaican dancehall artist Konshens stole the show with an energetic performance at the Carnivore grounds in Nairobi on New Year’s eve that lasted about an hour.

The event, one of the most sought after in town on the night, attracted a mammoth crowd, most of whom had to part with between Sh1000 and Sh5000 for a ticket.

Other big-name artists such as Fena Gitu, Khaligraph Jones and Sauti Sol also graced and performed at the event as Kenyans ushered in a New Year in style following a difficult recent spell where such gatherings had been prohibited by the government in a move aimed at taming the spread of Covid-19.

Jones, who donned an all-white attire was the second to perform on the night.

The self-proclaimed OG charged up the crowd with an explosive performance to cheers, screams, and fireworks.

And at around 1 am, Konshens made his grand entrance.

He took over the stage with the Thank God fi di gal dem track as his first performance which generated excitement from the crowd.

The artist danced and sang with much vigor, a move that was highly reciprocated as the fans danced and sang along. The Jamaican performed for close to 3-hours non-stop, belting out close to 15 songs.

In a surprise appearance, Jamaican artist Charly Black, who was to perform at the Ngong Racecourse in Nairobi on the same night joined Konshens at Carnivore as Kenyans screamed for more.

Charly Black managed to pull off an acapella performance, performing one of his most streamed songs Party Animal, after which he gave praise to Konshens.

“I couldn’t come to Kenya, and Konshens has a show and I don’t come here. Konshens is a legend in Kenya, and I am here to support him,” said Charly Black.

In between, female rapper and songwriter Fena Gitu played her role in keeping the crowd on its feet.

Fan-favorite boy band Sauti Sol also made history at the event by performing last, making it the first Kenyan troupe to be curtain-raised for by international artists.

The move was prompted by comedian Eric Omondi’s bid to hand Kenyan artists more recognition during international events in the country.

Fans were extremely excited with the move pulled by the NRGWAVE organizers.

Joining in on the party after party celebrations were other prominent figures and celebrities including singer KRG The Don, comedian Eric Omondi and singer Ndovu Kuu.

It’s the third time Konshens is performing in the country with the last one coming way back in September 2019.