Aroma spends her first earning after two years on charity 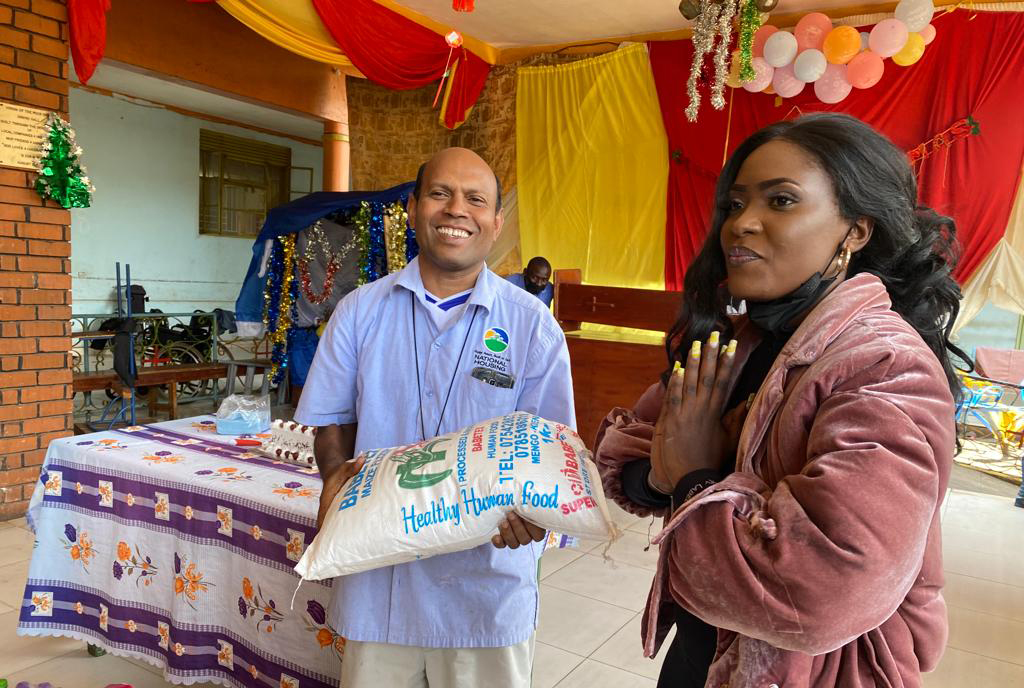 Singer Aroma celebrated her birthday on Monday but instead of having a lavish celebration, the artist decided to give back to the community.

Together with her manager Desh and team, they decided to take items to the needy of Missionary of the poor in Mengo Kisenyi, and among the things they took included; Sugar, Flour, Rice, Salt, Soap, pampers, milk, and cooking oil worth more than Shs5million.

“Things haven’t been easy for most of us but it’s only prudent if we share the little we have with the less privileged. I, therefore, decided to spend my day, which happens to be my birthday, with these children and spend on them the little I have,” said Aroma.

Most importantly, the Yoola artiste didn’t use her savings nor did she get funds from someone but used her first earning after two years of the music industry being locked.

Founded in 1981 in Kingston, Jamaica, The Missionaries of the Poor (MOP) are an international Roman Catholic religious order with a range of charity undertakings. Present in Uganda since September 2000 they look after underprivileged persons, including abandoned sick, disabled, or dying children, women, and men.