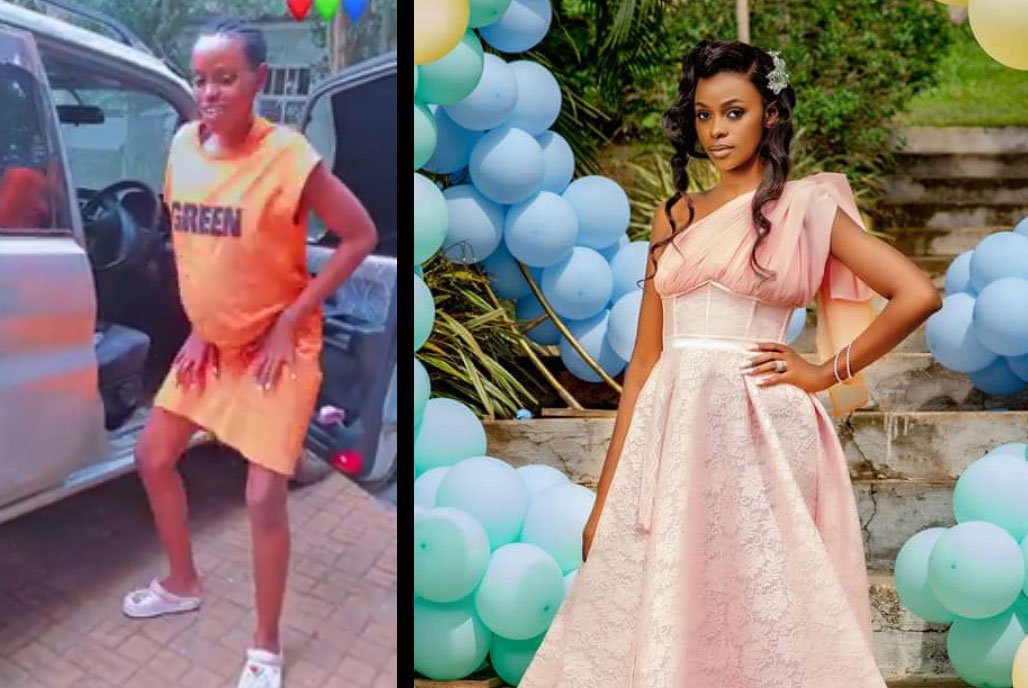 Renowned Ugandan actress and singer Hellen Lukoma shocked her fans after she posted a video in which she shows off a bulging baby bump.

Based on the video, Hellen is ‘heavily’ pregnant and expecting her third child.

In the Tik Tok video, the singer shows off her dancing skills as she joyfully holds her baby bump.

The video is captioned with the words, “making my own money, and also eating Mr A money. Life of an actress.”

After posting the video, her fans were quick to congratulate and wish her a safe delivery. Others were happy for her decision not to use family planning, urging her to “deliver once and settle.”

Lukoma got married in 2019 to a one Anwar Kaka, whom she nick named Mr A and the two already have two children together.