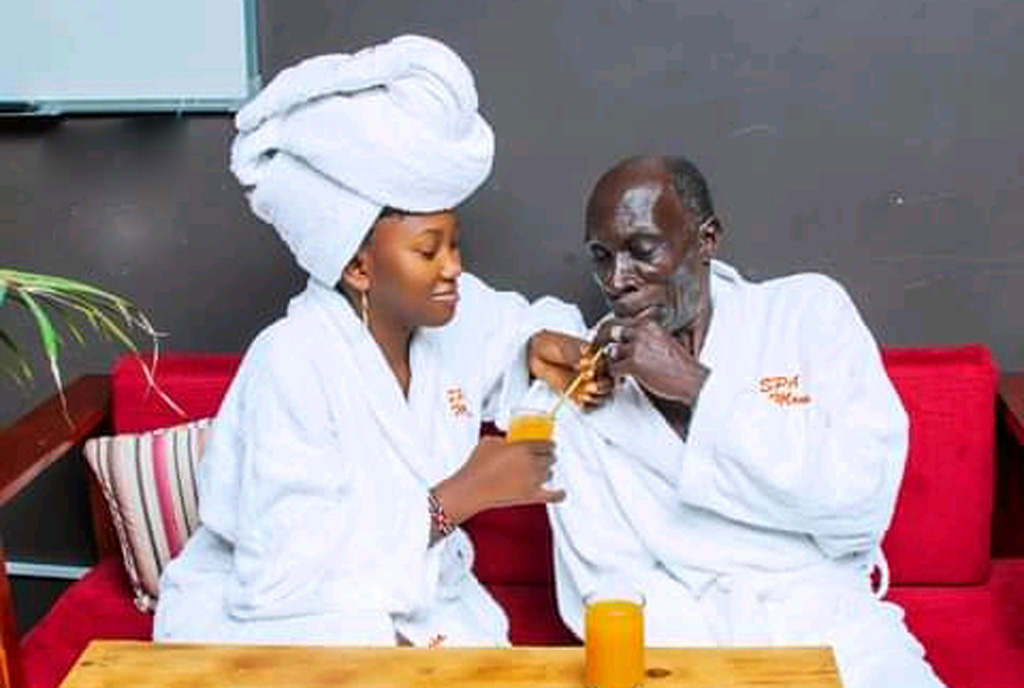 Overnight celebs. Imagine a random video of you surfaces on the internet. Imagine it going viral not just for seconds, but for days, penetrating every aspect of people’s daily lives and conversations. Imagine you become a meme. Ian Ortega explores those faces that became memes out of the blue.

The Principal, aka President Bobi Wine, delivered several memes to us. Most of these came from his presidential campaign sessions. From ‘olwaleero tusimbula” which has now become; ‘tusimbudde’ to osilike (he’s the originator), to “zikizza boda twogela Luzungu” to “mbalengera naye sibalaba”. The Principal himself has become a definitive part of our culture. His cough can become a conversation starter. It is not just Bobi Wine the person anymore, it is Bobi Wine the idea, the philosophy. And just like that, anything Bobi Wine is always a meme in the making.

The lockdown brought the best out of us. If there is one thing that made it possible for grand breakthroughs, then lockdowns achieved that purpose. TikTok created new celebrities, new hits. And that is how MC Africa happened. Pia Pounds had never hit the magic spot when it comes to hit songs. Somewhere in Mbale, a man bored by life was recorded in the morning making a promise to himself; “I am yet to find the money, but by evening, it will be a different story”. True to his promise, the man was captured somewhere in a bar roving to a song with the lyrics; “It’s a Friday, twende tupaate”. The rest is history, Tupaate became the anthem, Pia Pounds had cracked the code, and MC Africa was the star.

When everyone thought there was no new news, then Sammie Manini happened. During a Game drive in one of Uganda’s national parks, Manini recorded himself observing a group of zebras. Instead, he deliberately referred to them as “rions”. And then started the famous run; “they are running, they are running after me”. We worried that soon children would refer to zebras as lions. Manini had happened. Was he done with us?

No, Manini was not done, he had a New Years’ message for everyone to kwetega. Kwetega is about positioning yourself for the opportunities of life. You do not wait for the opportunities, you go out and hunt for them. It was a message for all those who failed to walk in that wedding gown. 2022 was the year for asking for what you wanted. Ladies were encouraged to call ‘wrong numbers’, to meet strangers and claim to have studied in the same schools. It was not Manini the ordinary man, it was Manini the man of the rions, the man of kwetega.

By the time you read this, Omugenzi is no longer your ordinary funeral announcer, he has been to a spa, and he has featured in a music video. All this started with a photo from a funeral of a deceased NUP supporter. It is a photo with which many of us could identify. We remembered all the funerals we had attended and finally we had the perfect representation of that announcer. And best of all, were the eulogies that were always given. The jokes around omugenzi and omuffu. Above all, the cause of death. The jokes started, omugenzi had met his death while chilling with the Big Boys. Godfrey Jjemba Matte was now an official meme in Uganda.

We have always adored pastor ‘Piira Say-mars-timber’ until a former househelp showed up with allegations. It was alleged that the sweet accented pastor had impregnated the househelp and failed to take full responsibility for the pregnancy. The househelp was none other than Joan Namatovu, a 32-year-old. In her narration, she had resisted the pastor’s advances. However, the pastor was skilled at his game and had executed it through a process by process iteration. The country was jolted into laughter, pulosesi by pulosesi was the game of master strategists. You could now confuse your landlord pulosesi by pulosesi until they gave you a rent waiver.

Ever been delayed by adults? This little girl, a one Ridhwana Kigozi was redefining our approach to life. Why would we delay cutting the birthday cake after all the pleasantries are exchanged?  Why would you delay going after the things you want in life? It was the famous line; “bampe akathala” aka “bring me the knife”. It was the passion with which she requested for something sharp, something that can cut, it is what enveloped everyone. And like that, the two-year-old Ridhwana had created new speak for us. For those of us who were disturbing the daughters of Hajjis, akathala sent shock waves. And we went off scampering.

Ehh Ehh My Lord I wonder

Thanks to a video blogger, SB4 media, the world was introduced to Charles Ssenfuka, a man from the countryside with a fair command of the Queen’s language. In one of their conversations, this man expressed surprise at one of the matters brought on the table. It is the way in which he expressed his surprise that got us in tune. “Ehh ehh my Lord I wonder” then became the signature line for anything that was unusual. When a pastor denied that he had attended an introduction ceremony, we had the right line to use. When our bosses failed to increase our salaries, we had nothing to do but cry out; “ehh ehh my Lord I wonder!”

These lines hit hardest in the first lockdown. Not only did we realise who held the power, but they exercised power in such a way that we could only speak in exclamations. Anytime now was the expression for things at takeoff point. Having spent all the days locked inside a house, one would reach a point of explosion, a point when you were almost there, almost knocking, almost tilting out of normalcy. Anytime Now the houses were about to kill us. And the man behind all this was Publicity Natete. He was surfacing for the second time, and this time, as a wild fire. He had initially appeared during a comical break for one of the evening news sessions. Here he was now proving he can speak English better than his boda boda colleagues.

Perhaps the most apt phrase right now in Kampala, the phrase ‘tuli wawelu’may have been coined by a Ugandan lady living in America, but credit goes to Buganda princess Katrina Sangalyambogo for popularising it. After her TikTok video screaming ‘tuli wawelu, tuli outsideee’, went viral everyone jumped on the wagon… and now two years later here were are, wawelu. We outside!

The prime minister has been moving from one high to another, she has become a fisher of memes. During a press conference, she confessed that she had run out of propaganda just as her chair almost rowed her into the ground. And for the first time, we have a prime minister that is ku-ground, she is not divorced from the general republic, and just like that… kati ebigambo bimbuze.

If you have stumbled upon the Afro Comedy Channel on YouTube or TikTok, then you have come face to face with Uganda’s living meme. It is the one face that has achieved memetic consistency. It is the closest we have to an Aki and Pawpaw in the country. For this funny little person, the best of him was crowned with the Dior challenge. Since then, the sky has only been the setoff point.