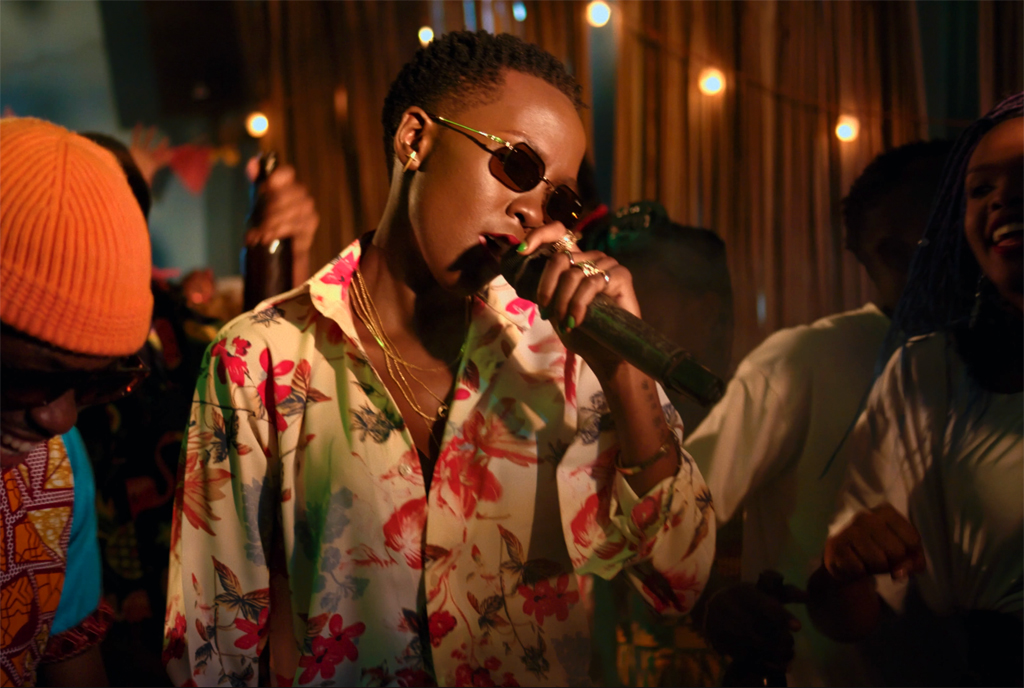 This is indeed Azawi’s year after the success of her first professional album African Music.

Not every artiste is blessed to have a first album get streamed the way Azawi’s has been. Now wonder she’s being tipped as the next Ugandan big thing.

With this anticipation and hunger for more success, Azawi, born Priscilla Zawedde and her management have released the visuals of Party Mood, one of the songs on the 16-track album.

Directed by Marvin Musoke, the colorful party mood video is a fusion of new and old generation in an African themed Party with a collection of local props and Afrocentric styling approach.

Party Mood is track number 12 on the album and was written by Azawi while Lizer Classic, the magical hands behind Tanzania’s Diamond Platinum’s hits, was behind the production.

While speaking about the particular song, Azawi said Lizer did the song during a break.

“Lizer had come to do Vinka’s Thank God and I begged him to produce my Party Mood song. He loved the lyrics and decided to do it. He did the production during a break of Vinka’s session.”

Apparently, the song is one of the most streamed on the album.