A conversation with Makumbi 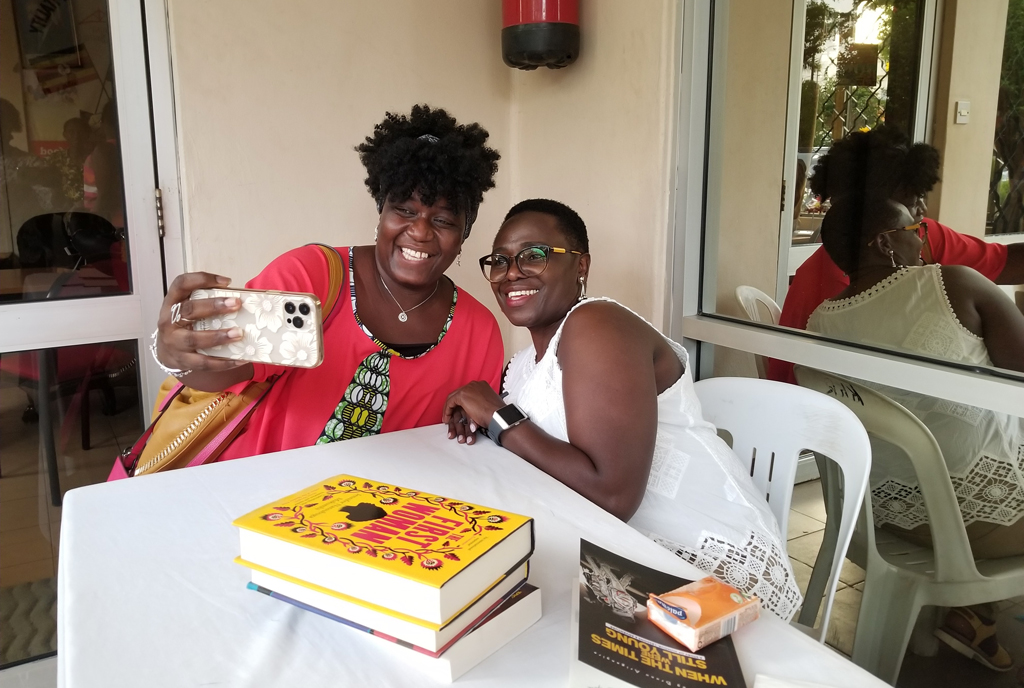 Makumbi (R) poses for a selfie with a fan during her book signing. Photo/Desire Mbabaali

UK-based Ugandan author Jennifer Nansubuga Makumbi was in town last week for a conversation about her book, The First Woman.
The event held at Kati Kati Restaurant in Kampala, was organised by the African Writer’s Trust (AWT) and Goethe-Zentrum, Kampala.
During the conversation hosted by Jackie Asiimwe Mwesige, the CEO CivSource Africa, Makumbi said the book, her debut, was a dream that started 10 years ago and it features a 12-year-old Kirabo from a rural village transitioning from girl to womanhood and we see her grapple with issues other young girls growing up in Uganda face.

“I always say to people, I write in the dark, on my own, with my computer, and I just imagine what will happen when the book comes out. So, when it comes out and I see so many Ugandans seating in an audience, waiting to hear what you have to say, why you wrote the book, what you dreamed of – it is such a reward,” Makumbi said.
When asked what it felt like to share her writing with Ugandans back home, she noted that when invited for events, she gets nervous but at the same time excited because she never has to explain things to the audience at home.

Commenting on the author’s writing, Goretti Kyomuhendo, the director AWT, said they often think of Makumbi as their ‘clever’.
“Thank you so much for holding the Ugandan writing flag up very high. Jennifer is a writer we will run to and cry to when one can’t get the plot right, or when a writer is struggling. She is generous and we thank you for that,” she added.
The conversation was followed by a meet and greet moment which included signing of copies.
The First Woman, which also goes by the title, A Girl is a Body of Water, is the winner of the Jhalak Prize, 2021.