‘The Girl In The Yellow Jumper’ premieres on NETFLIX 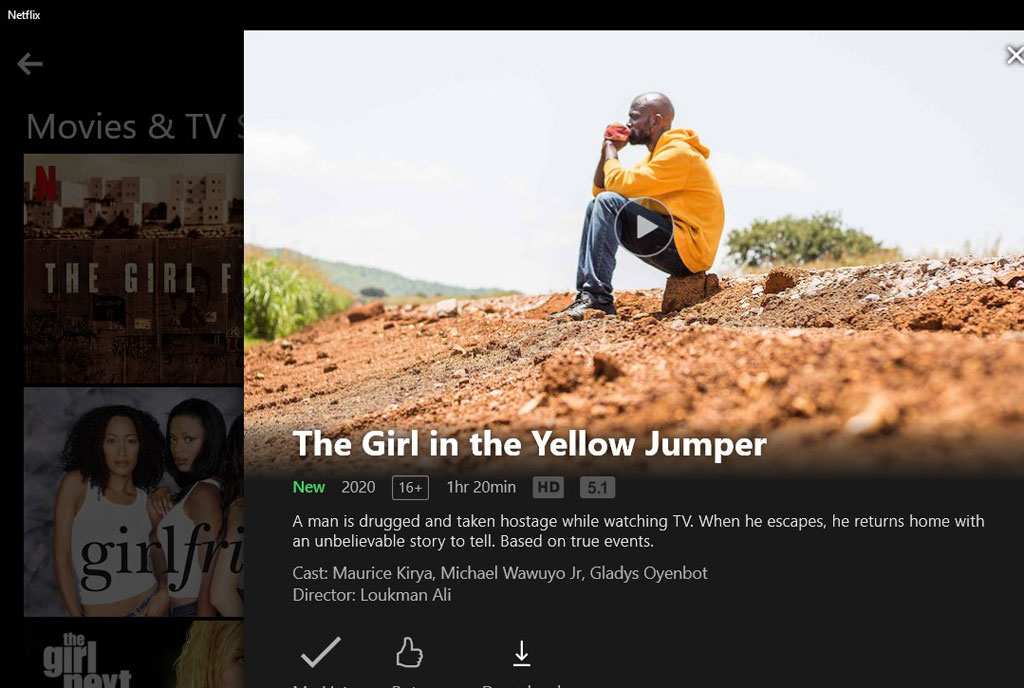 The Girl In The Yellow Jumper has today premiered on Netflix, making it the very first Ugandan production to feature on the entertainment streaming platform.

Directed by Loukman Ali the movie was made available for streaming on Netflix – a pay television over-the-top media service and American Production Company. It offers subscription-based video on demand from a library of films and television series, 40% of which is original programming produced in-house.

Released in 2020, ‘The Girl In The Yellow Jumper’ is a Ugandan thriller that features several top Ugandan actors and runs for 1 hour and 20 minutes. It is about a man who escapes a hostage situation and returns home with a story to tell.

At exactly midnight, an excited Ali posted a clip of the movie on Netflix and captioned it, “It’s official.”

The excited Loukman revealed how tough it was shooting the film as the heat in the location was “unbearable”. Well, the hard work bore some great fruits. Congratulations Loukman and the entire cast. A good step in the right direction for the Ugandan film industry.

Member of Parliament Ibrahim Ssemujju Nganda took to social Twitter to show his support for the movie, he posted, “In the spirit of #BUBU, I ask all of us to jump on this fine piece of Ugandan talent.”

In the spirit of #BUBU, I ask all of us to jump on this fine piece of Ugandan talent. pic.twitter.com/0XOo6Wqzal

In this article:Celebrities, entertainment, featured, Loukman Ali, Movies, Netflix, The Girl In The Yellow Jumper