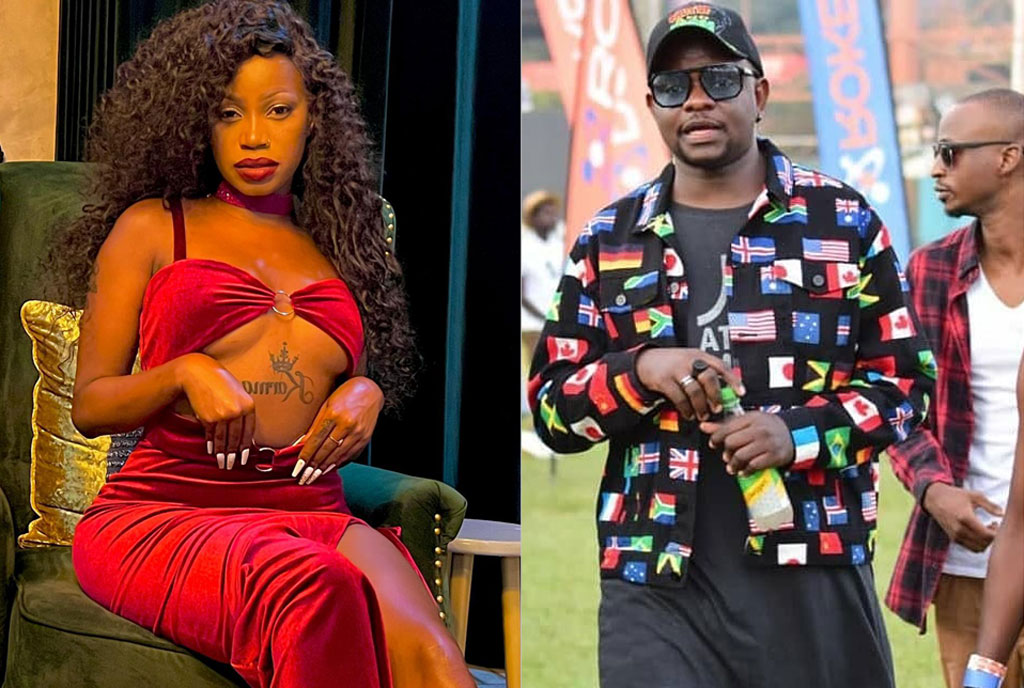 There is trouble in paradise after Sheebah Karungi and the proprietor of Team No Sleep (TNS) Jeff Kiwa have allegedly parted ways.

According to Jenkins Mukasa who broke the story, Sheebah Samali has thrown in the towel at TNS and is currently being managed by a one Dirisa Bukenya Aziz Azion’s former manager. Sheebah Karungi, formerly a member of The Obsessions, joined TNS around 2013 and has since turned into a big brand on the African continent.

Rumour has it that Jeff has not been giving Sheebah time as a manager since he joined the real estate business.

Jenkins further reveals that Jeff has always been clear about managing artistes saying that he can only manage an artiste for not more than 5 years. He also revealed that TNS is looking for a new artiste to replace Sheebah.

Over the years, she has released big hits, won several awards, and has turned into such a businesswoman with an empire admired by several youths. If you could point at the person who made it all happen for her, it would be the TNS manager Jeff Kiwa.

This is not the first time rumors about Sheebah quitting TNS are surfacing in the media. Both Sheebah and Jeff are yet to comment on the matter.